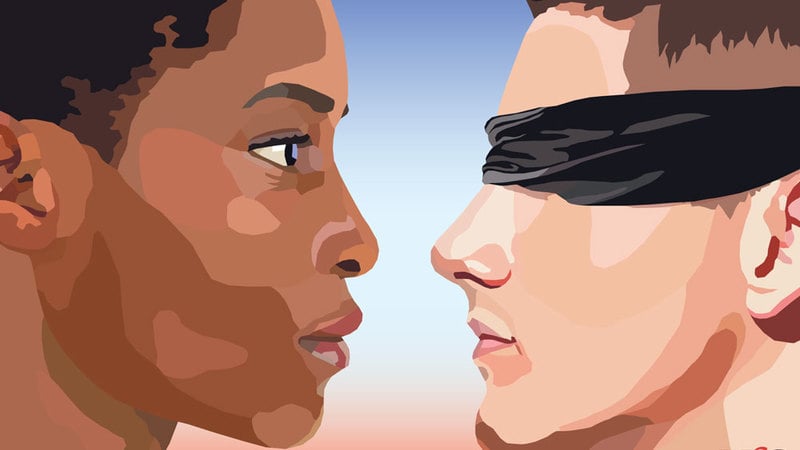 Why is it still so hard for civil society to talk about internal racism?

There I was on my couch, propped up and waiting for the interview to begin. This is life now, job hunting — like many other facets of our lives — has moved online. The interview was my third since I resigned as chief executive of a nonprofit media outlet at the end of January. And, as the usual conventions of job interviews went on, I was dreading the one question that has haunted me since my resignation was announced.

“So, why did you leave your previous job?”

I was expecting this question — I always am — but, even then, it always feels like a sucker punch. I never know how I should answer it and whether I should tell the truth.

The long and short of why I left a job I still loved — despite it almost destroying my physical and mental wellbeing — is because I was tired of  ageism and misogynoir (prejudice directed towards Black women, in which race and gender both play roles in bias). The Black is deliberately capitalised to emphasise my — our — identity as Black and woman and how, in a bigotry-infested world, these two identities are abused.

From the beginning of my tenure as chief executive, I endured tremendous bullying, harassment and undermining.

We’re constantly told the civil society and media sectors need to truly transform, but this is mostly a talk shop from executives and boards that are not committed to addressing all the baggage that comes with appointing Black people, specifically Black women, to head organisations. There are fewer conversations about the effects of racism, ageism and gender bias within civil society organisations, especially those in the social justice and donor-funded journalism sector.

Historically, civil society organisations have been led by mostly white leftists and Black people have been either part of the staff or the beneficiaries of the work the organisations do. The sector is often criticised for its lack of transference in leadership and the absence of diversity in boards.

But, over the years, we have seen leaders in the sector either going into retirement or moving onwards to other work and ushering in a new Black leadership.

My former workplace was no exception.

On February 22 2019, the staff of South Africa’s oldest non-profit news agency gather in the boardroom for a big announcement, glasses of Prosecco at the ready. I’m about to become the organisation’s first Black chief executive — replacing a white woman who led it for 15 years. It feels like the dawn of a new era.

There’s a look of relief on the faces of the Black staff, but I’m also aware of the discomfort of my white colleagues. I can feel their heaviness on my shoulders, and I know why. I am a young, Black woman and I will be their boss soon. I’ve seen this before — when white people cannot comprehend a Black person, let alone a Black woman just shy of 30, holding a higher position of power than them.

Within weeks, I realised the honeymoon was over.

After my appointment, the previous leader stayed on as a consultant, with no consultancy contract. When asked, it was explained as an agreement between her and the board. In the first few months, the former leader chaired our weekly meetings. This was the first red flag, which I naively dismissed as my own imposter syndrome. Staff members in their confused state would still address their project updates directly to her — despite the fact that she was no longer the chief executive — and I was. I was invisible in those meetings. Why did everyone, especially my predecessor, think this was okay?

Was my appointment simply window-dressing? A way for the organisation to gain credibility in the media and with our donors as it became increasingly difficult not to  address transformation and transition plans in non governmental organisations?

I felt like a pawn. Surely things would get better.

In my first meeting with the executive team, a white colleague accused me and two other Black women of “attacking her” for simply telling her that it’s bad for team morale to say her mostly white team works harder than the rest of the staff, which was mostly Black. The meeting disintegrated, with the three of us having to explain why we weren’t being combative by disagreeing with her approach. It’s easy to paint Black women as angry or combative for standing their ground — it’s one of the oldest tricks in the racism handbook.

Itzbeth Menjívar, founder of a US-based consulting firm, writes about her own battles with racism as a Black woman in the nonprofit sector and how her identity was used to silence and dismiss her. “When we communicate a different perspective, we are quickly labeled as ‘not a team-worker’ or the ‘angry black woman’. Our ‘tone’ is off-putting or our ‘communication skills’ are lacking. I gradually learned to push back and ask for concrete examples to the vague blanket criticisms. But rarely could they provide exact instances, confirming my theory that it was not what I said, it was who said it: a confident black woman in leadership.”

In addition to the cavalier, everyday incidences of racism and ageism that distracted me from actually doing my work, I began to question the timing of my appointment. I couldn’t shake off the feeling that I was being set up for failure.

My leadership was invalidated at every turn. The reluctance to speak openly about race and gender left the organisation in a worse state because everyone — including Black staff — was reporting to a Black woman for the first time, and the board and previous leadership failed to consider what this meant for me and that there would be resistance. The reality is society doesn’t see Black women as a form of authority. A transformation agenda that fails to recognise and accept this has already harmed the Black woman in question and is a breeding ground for a toxic work environment, as I experienced.

So, I decided to fight back. I led with a focus on how I envisioned the organisation, but I was second-guessed, gaslit and undermined, mostly by non-Black staff, with the backing of the board.

As I focused on stabilising the organisation and troubleshooting systematic challenges, I faced unreasonable scrutiny that my white predecessor didn’t. With this in mind, I gathered my Black senior staff together, and we reimagined our organisation.

We changed the culture to become more collaborative and dialogue-driven, instead of  top-down. People were given more autonomy in deciding the direction of their work. There was synergy in each division and a culture of collaboration, respect and empowerment was visible in all aspects of the organisation.

An article published in NonProfit Quarterly found that Black chief executives struggle to act radically, given the pressure on them to perform perfectly. It argues that when they do act boldly, especially when making staff changes that affect white people, they can face allegations of reverse discrimination — and there is negative feedback from board members and criticism from staff.

I learnt that I was no longer regarded as a “good fit”.

I no longer had the strength to fight because I was mentally exhausted.  The organisation did not really want a young, Black woman lead. I knew it was either I continue to fight at the expense of my mental health or leave the organisation and face the consequence of being another young unemployed person.

I decided to leave.

Racism, ageism and sexism continue to remind us that we’re not worthy of leading and that, when we do, it must come at the expense of our dignity and health. If civil society wants to attract Black, young, vibrant and intellectually agile leaders, the sector and its donors must be willing to open up spaces to talk more honestly about transformation and inclusion.

As I prepare for yet another interview, I have decided to speak up and own my truth. The next time I am asked why I left my job, I will not pepper my response with euphemisms about needing to grow and finding new challenges. I will say “I left because of racism”; how the interviewers respond will tell me whether that organisation is actually serious about transformation.