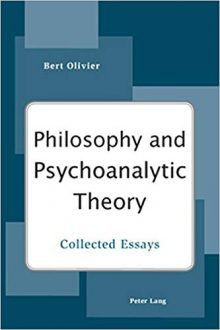 Two days ago my partner and I went on a whirlwind visit to Gauteng and North-West Province – flying to Johannnesburg and driving from there in a rented car to the Potschefstroom campus of North-West University, where I had been invited to participate in a debate on the question: ‘Is God still necessary for morality?’ This debate happened on April 4th. Needless to say, my own position — that no discipline explains the origin of humans’ sense of right and wrong better than psychoanalysis (Freud and Lacan’s theories, specifically) — was met with a mixture of incomprehension and interest (particularly on the part of some students), and contrasted starkly with that of my opponent, Dr Louise Mabille, a formidable philosopher with a host of publications (and two doctor’s degrees) behind her name.

What we did agree on, however, is that a life lived according to moral precepts could not dispense with a ‘measure’ of sorts — in her case ‘God’ as a measure, and in my case the universalistic values embedded in language, or the Lacanian ‘symbolic’, as configured in relation to the traumatically experienced, unsymbolisable (Lacanian) ‘real’. (The latter is far too complex to explain here, so if anyone would like to know more about this, they could go to my name on the online archiving sites, ResearchGate or Academia.edu, and find my psychoanalytic papers there for a fuller explanation, or they could buy my book, Philosophy and Psychoanalytic Theory, published by Peter Lang Publishers in 2009.)

The next morning (April 5) I participated in a panel discussion with two other academics — theologian Prof. Lieven Boeve from Belgium and Prof. Shan Simmonds (Curriculum Studies NWU) — on the question of the role of reflective, critical disciplines at universities, specifically in the face of the neoliberal onslaught, worldwide, against their continuing relevance. This onslaught is disguised as the thrust, on the part of the so-called STEM-disciplines — science, technology, engineering and mathematics — to assert their exclusive (or at least their major) right to the university domain, at the cost of the critical humanities and social sciences, but is really driven by neoliberal values of scientific-technological (technoscientific) control, which would understandably benefit if the sources of criticism standing in their way were to be removed, or at the very least diminished.

While I am in no way opposed to the promotion of STEM-disciplines – as long as they are truly scientifically studied, and not merely operationalised for increasing control of natural and social ecologies (which is unfortunately what is happening) – the thrust to limit, if not completely eradicate, the critical disciplines from universities must be resisted by all people, especially those who claim to have educational values at heart. On this all three the panellists agreed, with motivations put forward from their respective disciplines.

It was not difficult to see that, if the university were to eradicate the critical disciplines, the way would be clear for those disciplines that served the neoliberal agenda – the STEM quadrilogy as well as computer science, law, and so on — to set in place the conditions for ‘compliance’ ( a favourite strategy of neoliberalism) on the part of everyone who graduated from university. This would be to miss the whole point of university study, however, namely to equip students with the means, not merely of economic survival, but of being able to reflect critically on what their roles as responsible citizens are. As a friend of mine, the outstanding Iranian-American philosopher, Farhang Erfani, once put it succinctly: It is the task of the university to train ‘labourers’ to let the wheels of the economy turn smoothly, but also to educate ‘citizens’ to be able to take responsible, critically informed decisions when things go seriously wrong in the economic and political arena.

To emphasise the egregious ignorance on the part of many decision-makers in education, allow me to share an academic travelling story with you. A few years ago I attended an international STEM conference in Brisbane, Australia, to try and shed some light on technology from a philosophical perspective. I was astonished at the naïveté on the part of even some of the keynote speakers regarding the role of these disciplines in today’s world – in fact, they clearly needed some acquaintance with the critical humanities and social sciences to orient themselves.

A case I point was the Dean of the Engineering faculty at one of Australia’s big universities, who, in his travesty of a ‘keynote address’ spent valuable time on giving other universities directions on how to gain the largest number of engineering students and benefitting from government incentives in the process. In other words, where he had the opportunity to highlight the tremendous, unprecedented challenge facing ‘engineers’ of today, to switch the traditional engineering paradigm COMPLETELY in the face of catastrophic climate change, from the Promethean one of ‘controlling’ nature and imposing human designs on her, to the Orphic paradigm of ‘WORKING WITH NATURE’ instead of against her, he utterly wasted this opportunity in favour of a mere bureaucratic information session. But then, as Bernard Stiegler has argued in his book, States of Shock (2015), many so-called scientists of today seem to know only the technical requirements of their disciplines, and outside of that, nothing, least of all how to think critically.

This was driven home to me not too long ago when I was invited to participate in yet another debate concerning God, this time at NMU, on the topic ‘Does God exist?’ — which was rather incongruous, given that it was arranged by the Physics department at the university. Why incongruous, you may wonder, although it should be obvious: One might expect the Physics Department of a university to arrange debates on pressing epistemological questions, such as the implications of the insight, encountered in quantum mechanics (and pointed out in philosophy as long ago as the 18th century by Immanuel Kant), that the very fact of observing empirical reality changes it — in other words, the world commonly taken for granted by most people is not a reality that has an independent, ‘objective’ existence — it is the result of our interaction or participation in a certain process, one which yields the human world we (don’t really) ‘know’. Clearly, members of the department concerned suffered what Nietzsche called ‘metaphysical anxieties’, which were more important (to them) to address than the most fundamental questions of their discipline.

This is another demonstration of the dire need, on the part of STEM-disciplines, to learn from the critical humanities and social sciences — they would benefit incalculably; it might help them to learn what it is to think! For starters, one might expose them to Jürgen Habermas’s schema (in Knowledge and Human Interests) distinguishing among different sciences, and what each group of sciences is capable of doing. In this early work Habermas distinguished among three groups of sciences in terms of what he called ‘guiding cognitive interests’: the empirical-analytical sciences (such as physics, chemistry, engineering and so on) guided by the ‘technical interest in control’; the historical-hermeneutic sciences (such as history, linguistics, literary studies and philosophy) guided by the ‘ethical interest in mutual understanding’; and the critical social sciences (including sociology, critical psychology and psychoanalysis, as well as philosophy, again) guided by the ‘emancipatory interest in freedom’.

It should be clear that these sciences are very different from one group to the next, and anyone who claims that the first group should be given priority over the others does not understand the need for understanding human beings and everything they do just as much as (if not more than) to understand natural processes and their technical manipulation. It is simply a question of balance.