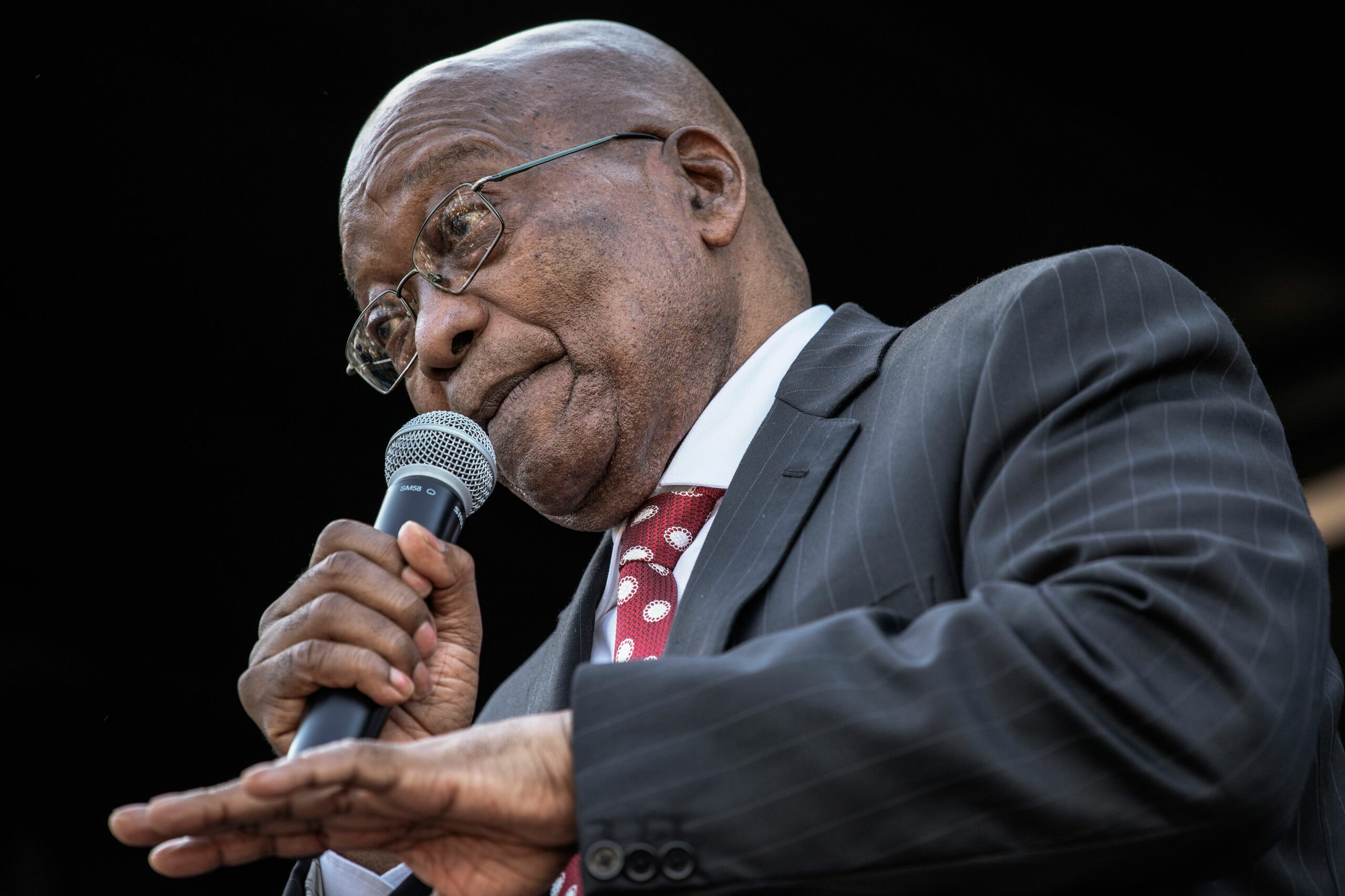 Why we still care about Zuma, and why we must get over him

Jacob Zuma has been arrested, admitted to hospital and released on medical parole, all within the space of two months.  The former president continues to enjoy media attention.  In my database of 131 top daily online news articles from the IOL, News24 and TimesLive for August, the name “Zuma” received 213 mentions, exactly the same number the ANC received, with all its money woes and wrangling over local government election registrations.

Why do we still care so much about Zuma?

August’s events show how much we are still dealing with the fallout of not only the violence and looting of July but also the far-reaching effects of the “nine wasted years” of Zuma’s presidency.  “Tenure” is the word that shows the second strongest statistical association with “Zuma” in August’s coverage, after the obvious “Jacob”.

The context in which this is used speaks clearly of the rot that set in during that period. An IOL article on the Zondo commission of inquiry into state capture says: “Ramaphosa first appeared in April, where he told the inquiry that the alleged state capture (during former president Jacob Zuma’s tenure), had divided the ANC.”

Even more telling was a statement made by journalist Kailene Pillay in another IOL article the following day: “The [July 2021] riots were fuelled by deeper frustrations over corruption, which feeds into the state’s failures and worsening poverty — issues that stem from Zuma’s tenure.”

In other words, not only is Zuma’s arrest seen as the most immediate cause of the riots, but his presidency is blamed for the systemic problems that exacerbated them. This is breathtaking, especially since it comes from the same Iqbal Survé-owned corporation that was branded “RET News” by cartoonist Zapiro for sympathising with the pro-Zuma faction of the ANC.

The association of Zuma with “corruption” and “state capture”, “riots”, division in the ANC, “the state’s failures” and “worsening poverty” compound each other to make him a symbol of South Africa’s deep-seated problems. Further associations in August’s reporting only serve to elaborate this ugly picture.

The word “friendship” was associated with Zuma four times in reporting Ramaphosa’s testimony before the Zondo commission — friendship with the Guptas. The president says he and others in the ANC were blindsided by this friendship. Even the Democratic Alliance’s Helen Zille has spoken highly of Zuma’s friendly demeanour. But Zuma’s friendliness with the Guptas has clearly landed South Africa in plenty of trouble.

One place where evidence of corruption may be found is in “Zuma’s finances”, a phrase that appeared twice in an article on the death of auditor Johan van der Walt, who was expected to have been a star witness in Zuma’s long-deferred corruption case. We are assured that Van der Walt’s colleague, Helena Potgieter, who co-signed his report on Zuma’s finances, will be able to take the stand in his place.

Zuma’s finances need close scrutiny, as does his medical condition, as suspicions mount that “he’s pulling a Schabir Shaik” on us, using his supposed illness as a get-out-of-jail-free card. Zuma’s admission to hospital was mentioned six times in the top August news articles in my database. It caused his corruption trial in the high court in Pietermaritzburg to be postponed once.

Judge Piet Koen ordered that the National Prosecuting Authority could appoint a doctor of its own choice to examine Zuma, but Zuma publicly refused to let the NPA’s doctors near him, making the word “examine” another close association with Zuma in August’s news, with six occurrences. Less than a week later, Zuma was out on medical parole. Opposition parties are understandably crying foul, with the Democratic Alliance contesting the legality of the decision, given that he dodged the NPA’s doctors.

I have studied media representations of Zuma since 2015, when Mmusi Maimane referred to him as “a broken man presiding over a broken society”. I have seen how he has repeatedly been presented as a person that people either rally around or rail against. Some have held him up as a champion of the poor — otherwise the rhetoric about “radical economic transformation” wouldn’t stick among his support base. On the other hand, he has frequently been regarded as a symbol of all that is wrong with South Africa. This explains why all eyes are still on him, even though he is clearly yesterday’s man.

But the uncomfortable truth is that the things that have been associated with Zuma in this month’s news — corruption, failures in the state and worsening poverty — are likely to be with us for long after Zuma has gone. If we are to tackle these problems, then we need to get past the divisive figure of Zuma and talk plainly and squarely about how to relieve them. This is particularly important as parties and citizens scramble to prepare for the November local government elections, especially in the light of the dire state of our municipalities. So maybe it’s time to get over Zuma and get on with rebuilding South Africa.