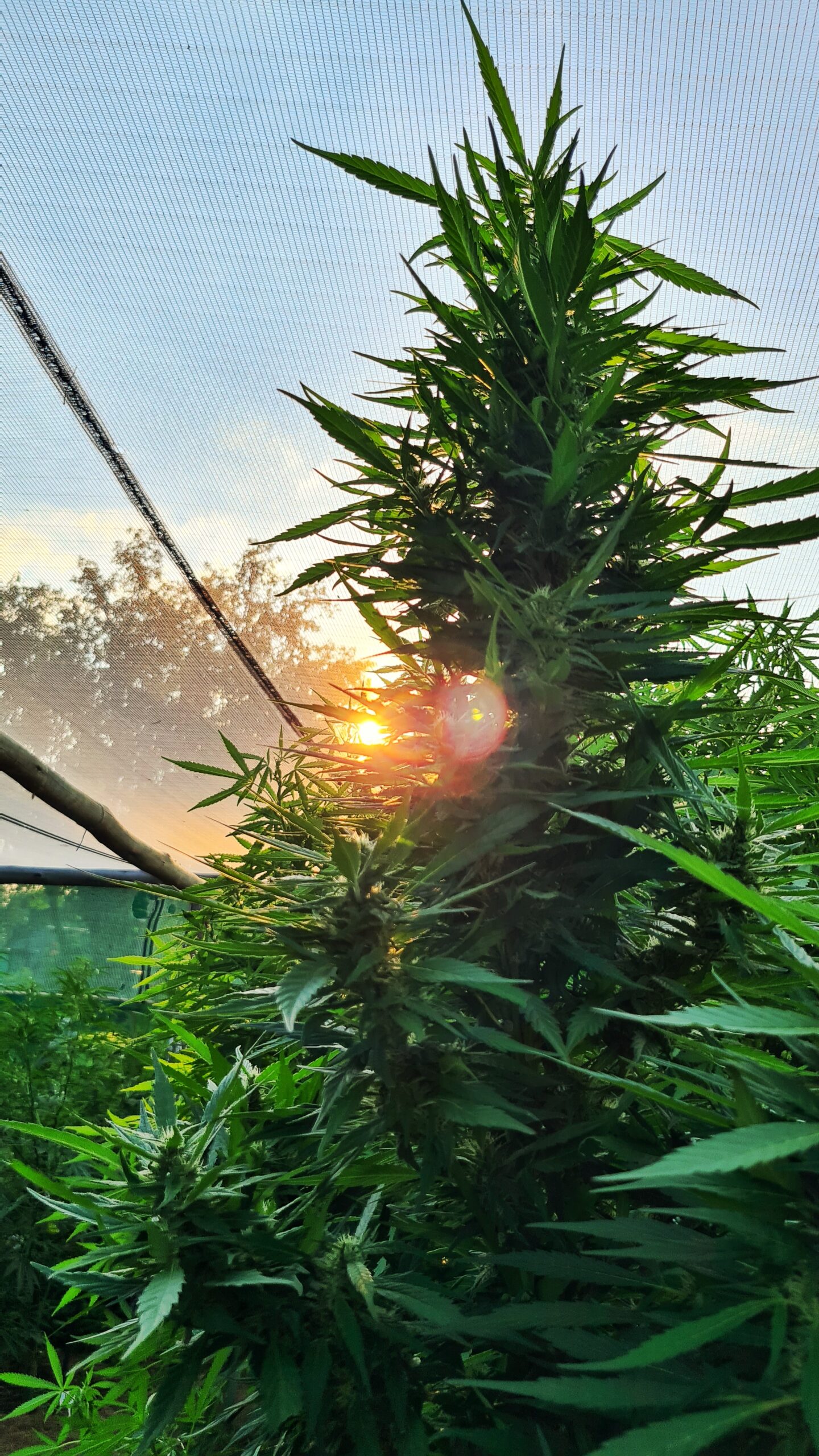 Imagine a plant that has so many uses and is so easy to grow that it could yank the average South African out of poverty and set the country on course to fulfilling a number of the United Nations’ sustainable development goals.

Now imagine that what’s holding back this rosy scenario is 1) an outdated prejudice about people getting high; 2) inadequate legislation that leads to 3) illegal sales, confusion about the law and ongoing arrests of often innocent people.

Okay, now suspend your imagination, because all of the above happens in South Africa, despite views and laws related to cannabis have changed in the past few years. For example, in December 2020 the UN removed cannabis from the schedule 7 category of the most dangerous drugs. It followed a World Health Organisation recommendation that “cannabis and cannabis resin should be scheduled at a level of control that will prevent harm caused by cannabis use and at the same time will not act as a barrier to access and to research and development of cannabis-related preparation for medical use”.

About 20-million South Africans smoke cannabis or use it for medical reasons. That’s a third of the country. This estimate comes from the board of Fields of Green for ALL (FGA), a nonprofit started by the Dagga Couple as the “evidence-provider” for the “Trial of the Plant”.

How can a plant be put on trial? It’s a long story. In 2010, Julian Stobbs and Myrtle Clarke’s property was raided by the police and they were arrested for possession and dealing.  Rather than plead guilty, Clarke and Stobbs decided to sue the seven sectors of government that maintained and enforced the policy of cannabis prohibition.

They won; well, partially. In 2018 the Constitutional Court ruled that any law prohibiting the use and cultivation of cannabis by an adult in a private space was unconstitutional and therefore invalid; this became known as the “privacy judgement” and it allows an adult user the right to cultivate and consume cannabis within private spaces. The Dagga Couple had intervened at the Constitutional Court and joined as plaintiffs with their evidence from The Trial of the Plant admitted to the highest court in the land. Given that the original judgement in the Western Cape High Court had only dealt with the privacy issue, this was not legalisation — but it was a start.

Despite the privacy ruling, hundreds of cannabis users have had their homes raided and been arrested. Charl Henning of FGA provided spreadsheets of names, dates and arrests, but these cannot be published for obvious reasons. He said most cases get struck off the roll, but frequently there’s “all sorts of fuckery” involved — being harassed and made to pay bribes. The legislation about growing plants is still murky, which means enforcing it is open to abuse.

One of FGA’s core functions has been to provide aid and information to users who have been “bust”. Clarke said: “Most people are very misinformed about what they can and cannot do with the plant, and when caught they phone us, very surprised to know what the law actually is, and then they want us to pull a rabbit out of the hat to help them in a situation they didn’t educate themselves about.”

Police spokesperson Brigadier Vishnu Naidoo, who was given examples of cases, responded: “The cases you have provided do not necessarily reflect that the actions police have taken were unlawful, given that the courts saw fit to continue with prosecution and in some cases, to remand suspects in custody. While it can be agreed that the court made a ruling on the use of cannabis by individuals, there are limitations and those that do not conform to the limitations will expose themselves to arrest and criminal prosecution.”

He added: “Any person who feels that his or her rights have been infringed or he or she has been treated unfairly may reflect this in his or her head of argument in court or open a criminal case against the police, should the circumstances permit to do so.”

The FGA team said a key reason for the arrests is that the authorities have a problem with anyone getting high. This has destroyed countless livelihoods ever since cannabis was deemed illegal roughly 100 years ago.  The prohibition has resulted in a “cannabis culture” of people who gathered in secret places to enjoy their sacrament.

“Now the law has changed, and it’s legal to get high, but still, it’s only in your house, only in a private space, you must be locked away somewhere — we’ll keep you stuck on the side. It’s as if the authorities are trying to keep prohibition alive,” said FGA member Joanne Perry.

A big part of cannabis culture are cannabis clubs. These are not just about getting and smoking good weed, but about educating people and making a difference, according to the FGA’s Marleen Theunissen: “We are tired of being seen as lazy stoners who don’t want to contribute, who just sit on the couch all day and watch TV, and live in dirty houses and don’t bathe, because that’s not who we are. We have businesses, we run companies, we do things, we help people; we make a difference every day. We feel the clubs are a very good platform to showcase that heart of the cannabis community to the outside world.”

Clubs operate in a grey area of the law; they are private, and the ones that do it right, you’ll never know about. They are not, as Clarke points out, there to make money and put your franchise on the map. But recently, emboldened by the privacy rule, some have been expanding, which caught the attention of the authorities. The Haze Club in Cape Town was raided in September last year and two of its members were arrested. Their first appearance was on 26 January last year in the Wynberg magistrate’s court. The ruling, which many expect will set a precedent, has been postponed till the end of April.

The chairperson of a Gauteng cannabis club, who asked to remain anonymous, said of The Haze club trial: “We know that they are well prepared, as we think it will be a landmark case. Our entire community has pledged its full support. The time is right to have these discussions, as proper legislation is well overdue.”

He added that their club will not be closing down because of the trial. “We have done a third-party compliance from seed to table, and we are upgrading our guiding principles to be more in line with the proposed bill. One of the key changes is we changed our model to a nonprofit.”

The issue for cannabis clubs and pretty much everyone in the cannabis industry right now is “The Bill”. After the 2018 Constitutional Court ruling, parliament was given two years to come up with some laws that mirror it. At the end of 2020 a draft of the Cannabis for Private Purposes Bill was proposed and the public had a chance to comment on it. The portfolio committee that drafted the bill was “ bombarded” with comments but, “there hasn’t been one report in the media that found anything good about this Bill”, said the FGA’s Suresh Patel, who added: “Essentially it seems to be a cut-and-paste from the Canadian models, which is heavily based on plant counting, and they didn’t make any provision for commercial aspects.”

Canada was the first country to realise the benefits of farming cannabis and creating products from it, although the United States and Israel are fast catching up and, in Africa, so is Lesotho.

Cannabis is the one of the most researched plants on this planet, as it has many benefits aside from its recreational use. Chief among them are the seeds’ nutritional value, the significant biomass produced by the stems and the soil-cleaning properties of its roots. But it’s the medicinal value of the oil extracted from its flowers that has big industry straining at the leash.

Given the current legislation, ordinary South Africans won’t benefit financially. Although cannabis is easy to grow, most people simply won’t be able to afford farming it. According to the Moses Kotane Institute, it costs R23 000 for a farming licence, plus you need secured and fenced land, approval from the department of health and a host of other requirements.

Okay, so how about selling the harvest from your four plants in your backyard? Without a licence, you are not allowed to sell or trade cannabis.

This is where the FGA manifesto hopes to make some headway. It’s main purpose is education: among others, the FGA team wants to educate the authorities (“they still think we pluck the leaves and roll our zol up in that”), so that they can establish the correct regulations.

Regarding trade for the person on the street, the manifesto outlines a hub system. “This is the crux of our policy,” says Clarke. “We are proposing a hub system, which is essentially a co-operative system, where all the ‘kasinomics’ (informal sector) farmers bring their products, which are then graded and tested. So somebody who doesn’t have the money to extract [oil] could send their product to the hub, where it gets extracted and they then get the benefit of having access to an entire market, which they wouldn’t have had on their own.”

The FGA team believes the police should be taken out of the equation. Any disputes should be handled by an ombud.

“Our dream would be to have a cannabis commission, chaired by Raymond Zondo, so we don’t have to go back to court, because as members of civil society we had to raise R5-million for the Trial of the Plant — and that was with pro bono representation! We don’t see why we as civil society should have to bear the cost of litigation all the time, and the government doesn’t have to. So we’ll bring out our manifesto, which has been carefully thought out — why should we have to do it in court, to be heard? Why should we have to fight in court again, and pay for it, and go through all the torture of this war that’s going on? We’re all on the same side in this; we’re all South Africans.”

For further information on your rights visit fieldsofgreenforall.org.za/join-the-queue/