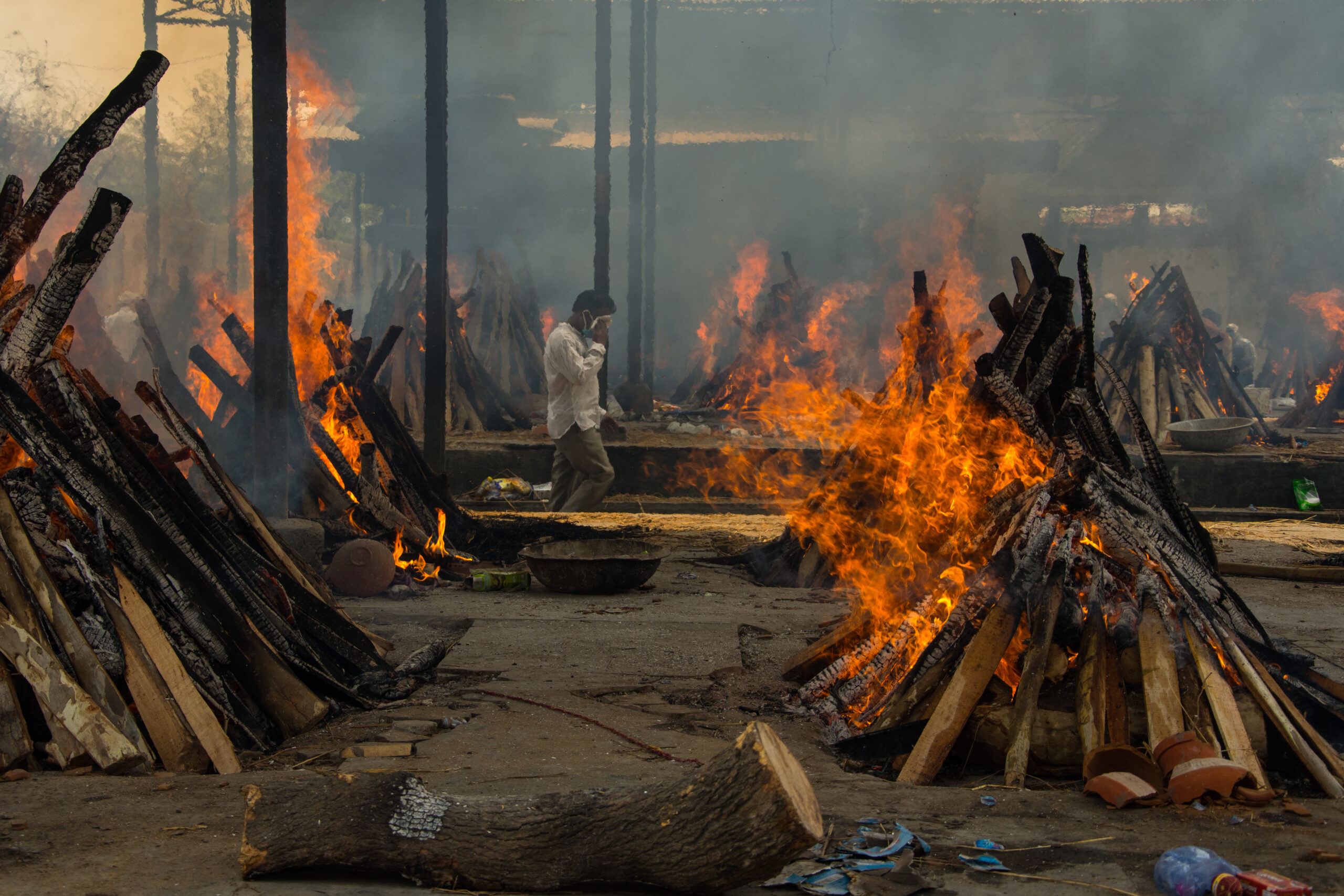 It can be hard to make sense of what is going on in the world today. Authoritarian populists have stood convention on its head. Populist far-right leaders like former US president Donald Trump, Indian Prime Minister Narendra Modi and Brazilian President Jair Bolsonaro, who embrace misogyny, xenophobia and authoritarianism, hide behind a camouflage of libertarianism and individual liberty. Yet what they stand for is a world order in which the weak are permanently victimised and the out-group is permanently exiled.

Out of this cesspit, old ideas of liberty rise like bubbles in festering sewerage and lose all their original fragrance.

The Covid-19 pandemic has particularly challenged traditional precepts of liberty, authoritarianism and the individual versus the state. Trump, Modi, et al claim to represent liberty — “Tear off those masks!” Yet their track record says otherwise.

Into this ulgly morass blunders philosopher Bert Olivier, whose opinion piece echoes every talking point of ignorant propaganda driving the agenda of authoritarianism. When the likes of Modi are done with turning their countries into funeral pyres and return to their normal business of demonising out-groups, no doubt Olivier will feel he is on the right side of history. I, for one, do not see his position as siding with liberty — rather, the contrary.

He starts out by invoking the Milgram and Zimbardo experiments and quickly moves on to how Adolf Eichmann was “obeying orders”.  Godwin’s law requires an internet discussion to move from logic to the ludicrous before someone mentions Hitler, then you are done; if this is your starting point, it does not bode well.

Author and human rights activist Arundhati Roy describes what is going on in India as a “crime against humanity”. So we need to be sure we are picking the right side before railing against facism.

When he moves on to attacking the South African government’s Covid response for logic, there are aspects for which there is valid basis for discussion, but his claim that the approach is unconstitutional is ludicrous — the regulations can and have been challenged in court.

When he makes statements like, “Besides, who wants to live as a veritable prisoner for the rest of your life under conditions of stringent lockdowns?” he is moving beyond rationality and constructing a reality that doesn’t exist — and that no one wants.

His anti-vax comments are ignorant and ludicrous. I generally do not venture into this space because it creates an equivalence between science and conspiracy theory to engage with this material, but in the context of arguing against his misconceived notions of liberty, I will do so just this once. For a more detailed takedown of other conspiracy theories, read this.

First, no one says that any vaccine is 100% effective. Second, even the most effective vaccines protect most strongly against serious illness and death, not against getting infected at all. Third, anyone can convert a factual report into something ludicrously alarmist. For example, one he refers to has the French government admitting the supposedly scandalous view that “vaccinated [Covid-19] people are also those who are most exposed to severe illness and death in the event of initial vaccine ineffectiveness or post-vaccination reinfection or the virulence of a variant”.

What does this actually mean? Initially, vaccines are rationed and the most vulnerable are first in line. If any vaccines fail to protect anyone, they will be most susceptible to serious illness. This does not mean that vaccines will ultimately fail. When enough people are vaccinated, the risk will dissipate.

Going on to his claims that ivermectin and remdesivir are effective treatments, this is the stuff of looney-tunes conspiracy theories. Remdesivir has been shown to be ineffective and the ivermectin snake-oil lobby has yet to produce convincing evidence. I wrote a detailed review of a paper by Pierre Kory et al (the group shouting loudest for the “miracle drug” — as they described it to the US senate) that was accepted for Frontiers in Pharmacology and subsequently rejected.

Their paper claims to conduct a meta-analysis, yet it misses the minimum requirements of this sort of study. It has no objective criteria for including studies, the included studies measure different things, and they have contradictory results. In one of the larger studies, hydroxychloroquine and azithromycin, either singly or combined, are shown to have adverse outcomes — yet in other studies, they are used as the “control” to compare with ivermectin.

Olivier’s understanding of masks is also flawed — their fundamental purpose is source control: preventing infected people from infecting others. Not only is a significant fraction of infection asymptomatic, but some studies show that infectiousness peaks two to three days before the onset of symptoms. Even if masks are not a totally effective protection, reducing pre-symptomatic and asymptomatic infection are significant factors in reducing the overall R (reproduction rate — the key indicator of how fast a disease spreads).

It is instructive to compare New Zealand and Taiwan and contrast their approach to countries that were less successful in containing the pandemic.

Taiwan is used to dealing with epidemics and immediately warned everyone to wear masks (which citizens took up proactively without coercion), introduced effective testing and isolated all known contacts of anyone who was infected. The result? No lockdown and rapid suppression of spread. New Zealand was not as well organised at the beginning of the pandemic and had an early lockdown that suppressed the spread, then put in place the measures that Taiwan had at the start. New Zealand has since had two local lockdowns, but no further countrywide ones. Taiwan has only had seven deaths and not had to lock down at all.

Taiwan and New Zealand are culturally and politically very different and no one could sensibly describe either as a police state. So why have so many other countries so disastrously failed?

One of the critical problems is a failure to understand what freedom is. It is not only the right to do whatever you like, but it also includes the obligation to make informed choices and to do the right thing by your fellow humans. In a truly free society, the government does not need to tell everyone what to do because, in a disaster, we all pitch in and do our part.

To do that effectively, we all need to be well informed, and Western society all too often gives ignorance the same weight as informed opinion in the cause of “balance”. Or, as Isaac Asimov put it, “There is a cult of ignorance in the US, and there has always been. The strain of anti-intellectualism has been a constant thread winding its way through our political and cultural life, nurtured by the false notion that democracy means that ‘my ignorance is just as good as your knowledge’.”

If your neighbour’s house starts to burn down, you do not stop to have a long discussion about civil liberties when pressed to join a bucket line. Yet this is exactly what people like Olivier are doing. And worse: they are doing so based on disinformation and lies that support the cause of authoritarian regimes (as if: “actually, water makes fires worse”). Then, when called out for lying and prolonging the agony of the pandemic, they claim that they are the ones standing for liberty and a quicker end to the agony.

The error the likes of Olivier make is confusing licence with liberty. Liberty is when you are in control of your own destiny. Licence is when you do the hell what you like and damn the consequences. If you exercise licence in a direction that promotes chaos and destruction, you open the door for the Big Man leader to seize control to save the day. This is how apostles of a mistaken conception of freedom end up being cheerleaders for authoritarian populists.

As I write, Modi’s India is awash in funeral pyres as the country’s capacity for cremation collapses. That’s liberty? No, thanks. Taiwan and New Zealand are my role models.

Published in Equality and Health