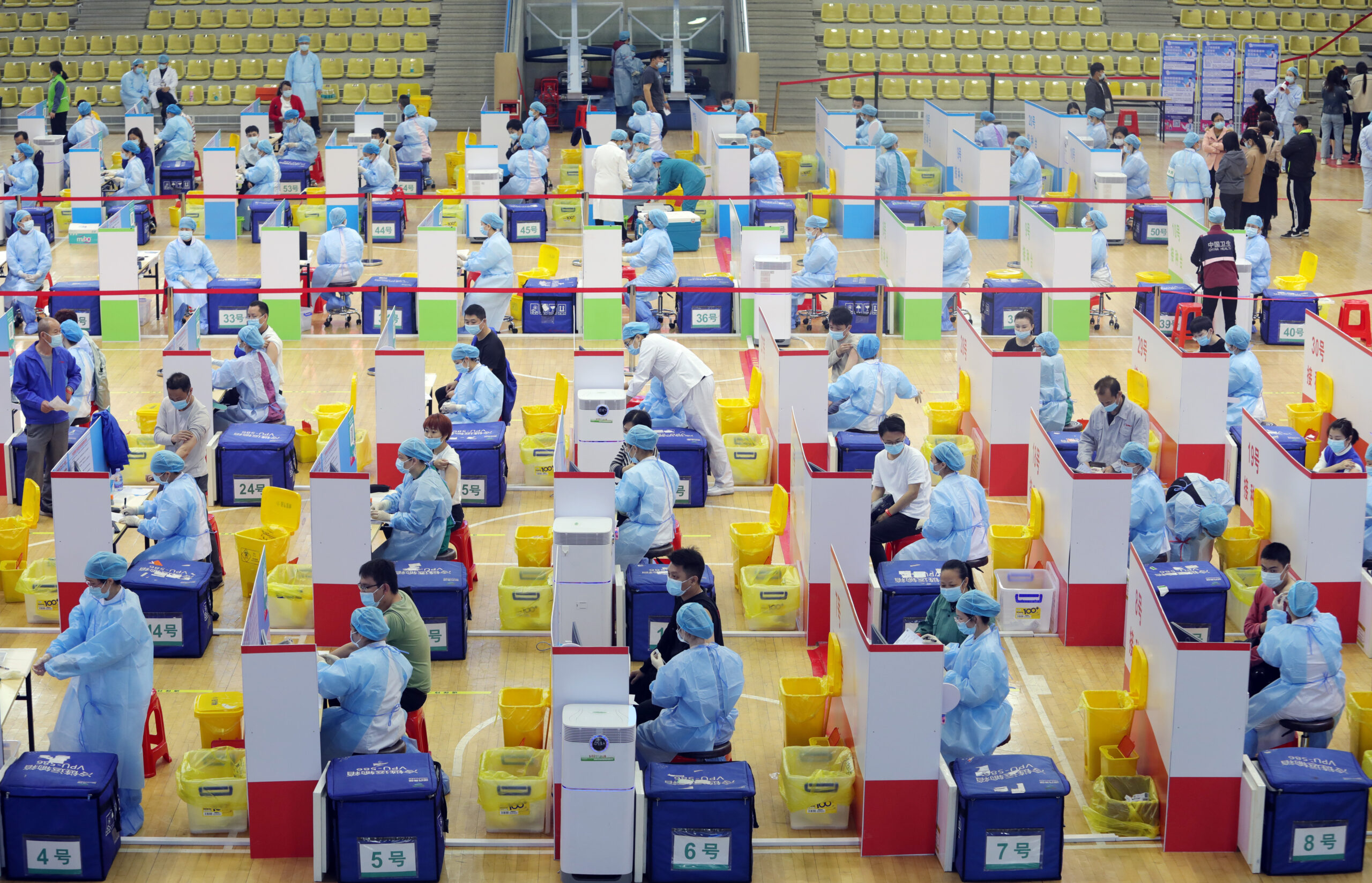 Governments know most people obey — especially in a state of disaster

The tendency to obey orders seems to be ingrained in people, judging by the outcomes of two infamous experiments carried out by social scientists in the 20th century. The first was the “Milgram experiment on obedience”, named after Dr Stanley Milgram, and was conducted at Yale University in 1962, while the second conducted by his erstwhile classmate, Dr Phillip Zimbardo, was performed at Stanford University in 1971 and termed the Stanford prison experiment, on which a feature film is based.

Zimbardo decided to carry out the Stanford prison experiment because he wanted to explore further, in situational terms, what had been uncovered by Milgram nine years earlier, when the latter set out to test the limits of obedience to authority figures on the part of participants. Briefly, in the Milgram experiment, the participants, who were labelled the “teachers”, were given the command to administer electric shocks of increasing voltage to a male “student” – who was really, unbeknown to the participants, an actor – whenever he gave incorrect answers to questions. The alarming thing about the experiment was that the participants obeyed the instructions, given by the authority figure present, to apply the painful shocks, even when the “student” complained, or pleaded with them to stop administering them, and even when they showed signs of reluctance to continue doing so.

In the Zimbardo experiment volunteers were selected from undergraduate students and these were divided into “prisoners” and “guards”, while Zimbardo acted as “warden”. The “prisoners” were confined to makeshift “cells” in groups of three, with beds and all, and the “guards” were given eight-hour guarding sessions. The psychological effects of this prison environment simulating experiment were remarkable: those students assigned the role of guards identified so much with their positions and the power it gave them that they became increasingly abusive towards the “prisoners”. The latter, in turn, increasingly showed all the signs — stress, extreme anxiety and depression — of people who felt helpless in the face of intransigent authority. The result was that the experiment, which had been planned to last for two weeks, had to be terminated after only six days.

What one seems to be able to infer from this is that, when one receives instructions from someone in authority to perform certain actions, regardless of how unacceptable these seem to the one receiving the commands, one is likely to carry them out because the responsibility seems to be transferred to the one(s) who issued them.

It is significant that these experiments were carried out soon after the trial of notorious war criminal, Adolf Eichmann, who had ordered thousands of Jews to be executed in a concentration camp, and who defended his actions by claiming that he had merely been doing his job — carrying out orders from higher authorities.

My reason for recounting these two highly revealing social-psychology experiments, is the impression that one is witnessing a global repetition of the Milgram and Zimbardo experiments, with people in virtually every country showing all the familiar signs of obedience to authority, even when those authorities are riding roughshod over civil rights embedded in the constitutions of (probably) most countries. The flipside of this tendency are the signs that governments have become increasingly authoritarian — that is, rigidly controlling the behaviour of citizens.

Readers will probably respond to me by saying: “It’s the pandemic, stupid!” And my counter-response would be: “Of course — that’s what set the authoritarian ball rolling.” But what happens when that excuse is no longer available? Will people, newly conditioned into passive obedience by governments acting in an increasingly authoritarian manner (even when they haven’t quite reached the level of, say, North Korea), continue acting like sheep, instead of asserting their rights?

Don’t get me wrong — it makes complete sense to act according to democratically established laws (as long as those are not themselves draconian). Or under certain abnormal circumstances, one may accept government guidelines when those guidelines themselves make sense. Here in South Africa governmental responses to the pandemic are not presented as guidelines, however, but as rules, if not emergency laws which suspend the country’s constitution. Many of them did not make sense, but were (and still are) clearly ridiculous from a rational perspective, despite which government agencies saw fit to enforce them ruthlessly on certain occasions — such as when surfers were arrested on open beaches, whereas people gathered in supermarkets and shopping malls. Or when exercise was outlawed, when everyone knows that exercise would probably strengthen your resistance against a virus.

It is well known that authoritarian rule is more easily established under conditions of fear and panic, and the novel coronavirus afforded the ideal circumstances for this to happen. Again, you may respond by saying: “But one should be afraid of the virus! It could kill you!” Sure, but then you should not drive on our roads, for fear of being killed in a country where thousands die on the roads every year. Or, for that matter, continue living in this country, where more than 50 people are murdered on average every day.

In addition to this I would like to say to everyone who is willing to give up their civil liberties in the face of a virus — and admittedly a dangerous one — because they are afraid to die: all of us die sooner or later and fear of dying will not change that. As comedian Bill Maher said in a memorable message, we all have an immune system — depend on that! I cannot expect the majority of readers to know the lesson of Martin Heidegger in his remarkable text, Being and Time, or to have assimilated the example of Socrates, who cheerfully accepted his death sentence and drank the hemlock, namely, to face the inescapable fact that you have to die “resolutely”, that is, without running away from it. The strange thing is that, if you do accept your “ownmost possibility of non-being” (Heidegger’s characterisation of our having to die, or our “being-towards-death”), then it miraculously frees you for life. It is a liberating acceptance.

Besides, who wants to live as a veritable prisoner for the rest of your life under conditions of stringent lockdowns? By all means be careful, and respect the feelings of others — for example by wearing a protective mask in public; not because it is a supposed law in South Africa, but out of courtesy for others. I do, even when I know that many studies — easily traceable on the internet — have shown that there is hardly any difference in infection rates between those people who wear masks and those who don’t. There is the telling example of Sweden, which I have referred to before, where people retained their human dignity without any noticeable difference in infection and Covid-19 death rates.

And I should add that I am aware, as many others are, that wearing masks can easily be exploited by quasi-authoritarian governments to exacerbate a climate of fear, because —  as one can perceive in children —  wearing masks has a debilitating effect on people, in so far as their sense of self-worth is negatively affected. It is no accident that the Jewish philosopher, Emmanuel Levinas, regarded the human face as the unique mark of one’s ethical responsibility towards the other. Cover up that face, and you run the risk of losing a sense of your self-worth as an ethical agent.

The most iniquitous manifestation of governments’ newly manifested will to control concerns the Covid-19 vaccines, however. It is every adult human being’s inalienable right to decide whether you allow invasive actions to be performed regarding your body, and yet there is immense pressure on people, worldwide, to be vaccinated, both from the WHO and individual governments. This is despite the fact that there are numerous studies being carried out on other possible effective treatments against the virus, such as Ivermectin and Remdesivir. Donald Trump was treated with an alternative medication, dexamethasone.

The worst such enforced vaccination that I have read about has allegedly occurred in Israel where, if this report is to be believed, the Israeli government seems to be ignoring the deaths that could be ascribed to the Pfizer vaccine.

Admittedly, the report has been questioned, but it has to be said that this places one in a difficult position. On the one hand there is a report claiming that Israeli government communications about the supposed success of the vaccination roll-out hides the fact that many deaths have ensued in its wake, while, on the other hand, there is a Reuters report claiming that these critical claims are erroneous. Which is one to believe? The first one, critical of the government, apparently “fact-checked” its rosy reports, while the Reuters report “fact-checked” the critical one. Ultimately, it seems, the official account will prevail, regardless.

Another symptom of growing authoritarianism is that mainstream media do not report on this in the way that smaller media outlets do, as in the article linked above, except to deny their findings.

As for myself, I shall refuse a Covid-19 vaccination. Ivermectin (which is now available from medical doctors on an urgent basis) has been demonstrated to be an effective treatment for the coronavirus, and that is all my partner and I need. Besides, that is more than can be said of any of the Covid-19 vaccines. On the World Health Organisation’s website it tells us:

“Safe and effective vaccines will be a gamechanger: but for the foreseeable future we must continue wearing masks, physically distancing and avoiding crowds. Being vaccinated does not mean that we can throw caution to the wind and put ourselves and others at risk, particularly because it is still not clear the degree to which the vaccines can protect not only against disease but also against infection and transmission.”

And with this admission we are expected to take them? This, in addition to many conflicting reports about whether they are safe. It is probably because of a growing awareness of this, as well as the authoritarian way in which lockdowns have been enforced, that Lord Sumption — a retired British judge — recently remarked: “The [British] government has deliberately stoked fear over coronavirus while behaving like an authoritarian regime relying on police state tactics …”

One can only hope that the largely passive acceptance of such government authoritarianism will make way for citizens’ insistence on their civil liberties.