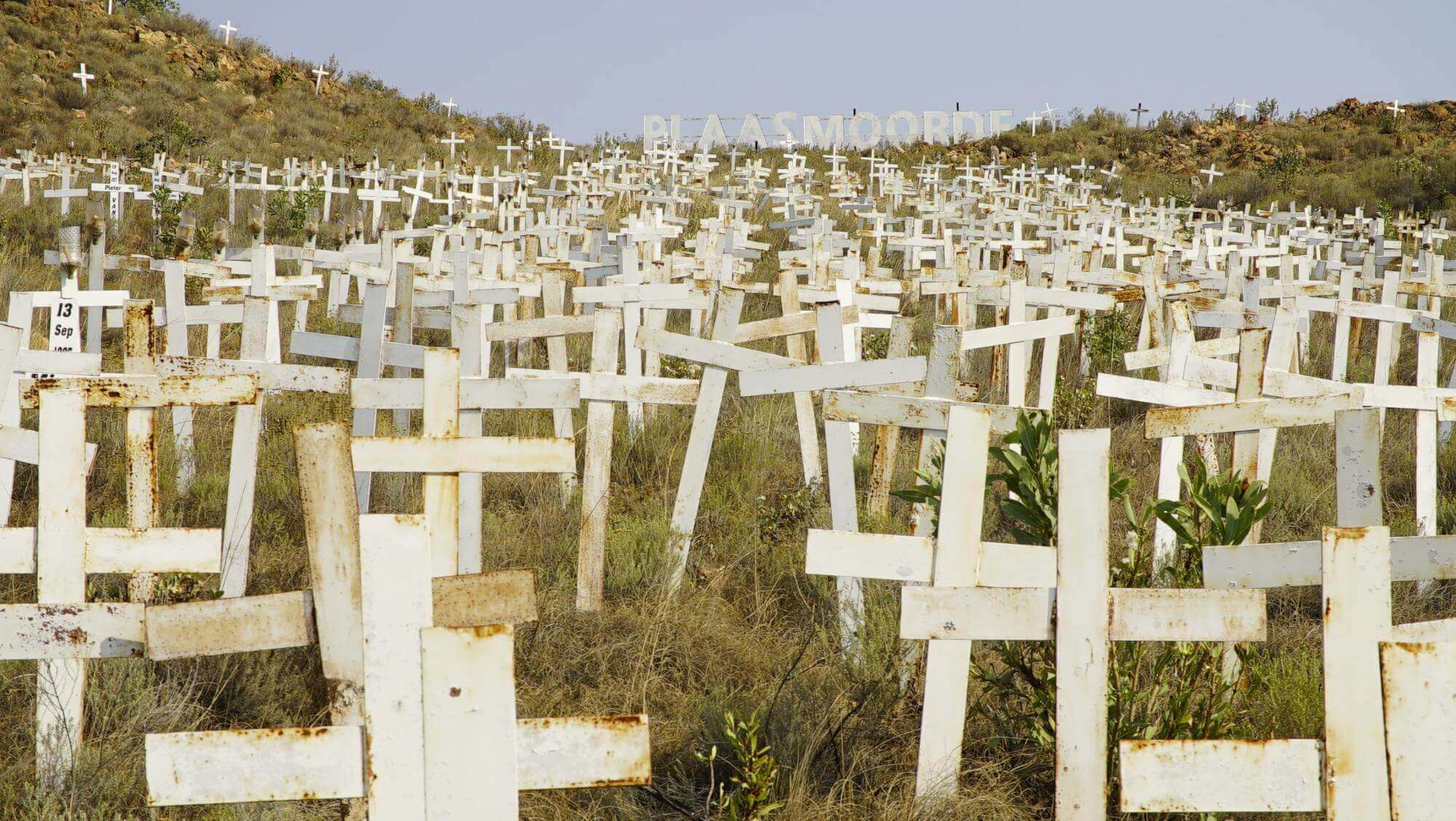 ‘Problematising’ farm murders: Why does torture feature in so many cases?

One of the lasting legacies of the ancient Greek philosopher, Socrates, is his reported saying: Gnothi Seauton! (Know thyself!) To live up to this exhortation requires reflectiveness — the ability to step away from oneself in thought, and think of oneself as if it were another. This ability is, as far as we know, what distinguishes humans from other animals; I stress “as far as we know”, because when it comes to animals such as dolphins, whales and elephants — not to mention bonobo chimpanzees — I’m not so sure.

My reason for this little detour — given the title of this article — is to emphasise what humans are capable of as reflective beings. We are capable of self-knowledge, and on the basis of that we are capable of knowledge of others, even if this is largely a knowledge by analogy (with what one knows of oneself) and empathy, if one considers how difficult it is to prove to a persistent sceptic that our “knowledge” is not merely well-disguised solipsism — the condition of being caught within the insurmountable circle of one’s own ideas.

When one is therefore confronted by behaviour on the part of others that does not embody the “better” things that one is capable of, one needs to remind oneself of the latter, lest one lose all faith in one’s fellow humans. The behaviour I have in mind lies at the other extreme end of ethical, caring behaviour in relation to one’s fellow humans and, as the title of this piece suggests, it constitutes the worst that humans are capable of — murder; the taking of another human’s life.

This is an expression of what Freud called the “death drive”, which he knew from what he had seen in hospitals among survivors of World War I. Freud also believed that humans would never be able to shake off the functioning of the death drive in themselves, no matter how many people believed that humans could rise to consistently “rational” behaviour. Freud knew better, as did philosopher Schopenhauer and Hegel before him — the latter wrote of “the slaughter bench of history”. And yet, people are capable, at least in principle, of changing their behaviour, including their utterances, in time to prevent such “slaughter” from taking place. Or are they?

In South Africa there are about 58 murders a day, on average. This is a horrendous number. Many of these are what has become known as “farm murders”, with the latest one being the killing of a young farm manager, Brendin Horner, in the Senekal district of the Free State. Brendin has become a statistic, alongside so many other murdered South Africans. At least, statistically speaking; that is, in terms of quantitative indicators.

With my last article I drew on the work of Alain Badiou, to show what makes philosophy different from other discourses, and focused on two of its characteristics: clarifying the choices facing humans and clarifying the gap separating truth and power. Badiou thinks of this as philosophy “inventing” new problems — refusing to look at the world in terms of conventional beliefs and assumptions. One can call this, using a term invented by another philosopher, Michel Foucault, “problematising” something. Here I want to “problematise” farm murders in South Africa.

One clue to doing this is to ask what the “normal” approach to the phenomenon in question is. The normal way of commenting on, or discussing the murder rate in South Africa — including farm murders — is statistically, in terms of numbers or quantities. Although I think the saying, “Lies, damn lies, and statistics” is misleading, I do agree that statistics should be perceived for what it is: accounting for some or other phenomenon in quantitative terms. But, to problematise this, is it sufficient?

The answer is a resounding no. Whereas the figure of an average of 58 murders a day does give an indication of the sheer accumulated, quantitative weight of unacceptable homicides, what is missing is the qualitative element, which differentiates among the murders in terms of “how”, “with what”, “motive”, “duration” and so on. These comprise the qualitative element which indexes all those aspects of homicides that are glossed over, or hidden, by statistics.

Returning to farm murders, the exclusive focus on quantity does not reveal the qualitative aspect of these killings, which places them in a category all their own — the fact that they are often accompanied by the brutal torturing of the victim(s). From what I have read, the moment of death is preceded, if not in all of these cases, then in a significant number of them, by acts of torture — as was evident in the murder of Horner near Senekal recently, judging by the number and kinds of wounds on his body. This is nothing unusual when it comes to farm attacks; on the contrary, it occurs frequently, as one can gather from several reports referring to the torture accompanying farm attacks.

In a documentary film on farm murders a woman gives an account of the torture inflicted on a 12-year-old boy by home invaders, who drowned him in a bath filled with near-boiling water, causing such severe burns that his skin had to be removed from the bath afterwards.  (The person who made this film, Canadian Lauren Southern, is known as an “alt-right” filmmaker, but even if that is true politically, the interviews in this film speak for themselves. I have no “alt-right” sympathies; in political-philosophical terms I am a radical democrat.)

What is the significance of the frequency of torture as concomitant feature of farm attacks?  Here we need to turn to psychoanalysis, which is most revealing about the usually unconscious motives driving human actions. For Freud (in “Remembering, repeating and working-through”, Freud – Complete Works), the difference between repetition and remembering is crucial in psychoanalysis. If a person cannot consciously remember or reconstruct certain traumatising events in the past (and this would be the case with imagined trauma as well), these events “return” in the form of irrational, impulsive behaviour. Such behaviour then becomes the “acting-out” of repressed materials, and the psychoanalyst’s task is to help the person remember them, or else the person would remain in their repetitive grip endlessly. Moreover, for Freud “acting out” is recognisable because such behaviour appears to be impetuous, and not the expression of rational deliberation. Furthermore, the person who is “acting out” usually does not grasp the meaning of their actions, which is rooted in the unconscious.

I have no doubt that the torture accompanying farm murders are instances of “acting out”, in the process manifesting unconscious, repressed vestiges of resentment and hatred that drive these otherwise incomprehensibly cruel actions. The hatred derives from what the assailants believe about white farmers — that they are the cause of their own social and economic hardship. This does not stand up to scrutiny; the farmers and their farm workers are the ones who ensure that South Africans have food, although economic hardship would work against such conscious, rational understanding.

Hence, to return to where I started: all of us, including the victims of farm attacks and their assailants, are members of the doubly conscious human species and are capable of self-reflection. If this were not so, no amount of therapy would suffice with people who act irrationally. The problem is this: how do we create the situation where all the thousands of people in South Africa who are in need of this kind of psychotherapy — that would address the hidden motives of “acting-out” in the shape of murders and assaults of all kinds — would have access to such therapy?

Something like this is urgently necessary to restore our society to one that is remotely rational.