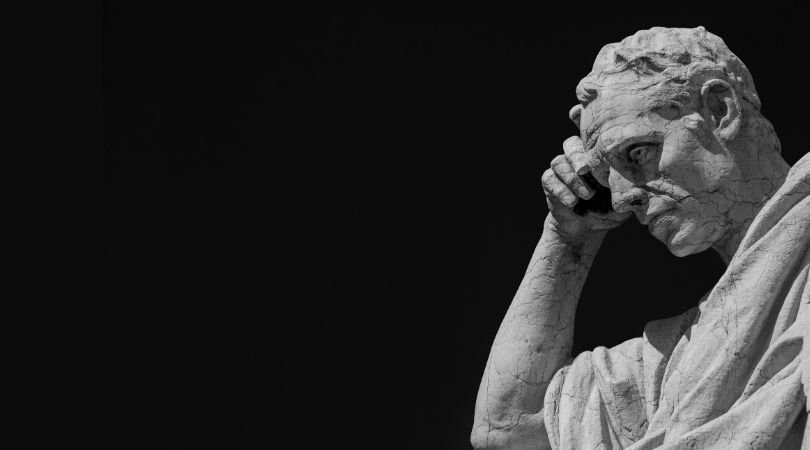 My students sometimes ask me what use philosophy is in contemporary society — a society suffused in social media exchanges, fake news and the kind of relativism engendered by the sheer glut of (often, if not usually) contradictory messages and opinions. My answer is usually something along the lines of reminding them that, since the earliest times, philosophical discourse enabled people to distinguish between “doxa” (ancient Greek for mere “opinion”) and “epistemé” (true, or well-founded knowledge).

Now, as then, the ability to distinguish between these countervailing phenomena functions as a compass for those who are either familiar with philosophical thinking, or who have the natural ability (which some, albeit relatively few, individuals do possess) to cut through the plethora of conspiracy beliefs and contemporary sophisms circulating in today’s “information society”.

So, with this in mind, should philosophers actively contribute to the already overwhelming amount of information circulating in symbolic space, or just keep quiet, honouring the virtue of silence amid a cacophony of mostly vacuous exchanges? The answer has to do with the need to introduce, and keep alive, a certain (philosophical) discourse in a situation where so-called “influencers” — whether these are celebrities, sportspeople, models or media stars — seem to fulfil the social role previously occupied by “intellectuals”. Do such people necessarily speak in such a way that they assist in opening up new perspectives on what convention dictates as being “normal”, or do they simply add to such “normalisation”? At least the philosopher is in a position to bring something different — and potentially illuminating, if not transformative — into the sphere of normalising discourse, as I would like to show here.

Most people — at least in South Africa — don’t know anything about philosophy simply because, unlike European countries such as France, it is not taught at school level, and relatively few students register for it at university. Because of the value attached to it in European countries, people there are quite accustomed to philosophers (or “thinkers”) regularly writing in newspapers (or online) on important issues facing society, and even if someone unfamiliar with the discipline should read these philosophical contributions, chances are that they would be nonplussed about the manner in which philosophers write. In brief: philosophers have a different take on current affairs compared to other people.

In “Thinking the Event” (part of Philosophy in the Present) the French philosopher, Alain Badiou, puts it as follows: “There is a … false idea that needs to be set aside, which is that the philosopher can talk about everything. This idea is exemplified by the TV philosopher: he talks about society’s problems, the problems of the present, and so on. Why is this idea false? Because the philosopher constructs his own problems, he is an inventor of problems, which is to say he is not someone who can be asked on television, night after night, what he thinks about what’s going on. A genuine philosopher is someone who decides on his own account what the important problems are, someone who proposes new problems for everyone. Philosophy is first and foremost this: the invention of new problems.”

Clearly Badiou is contemptuous of “TV philosophers”, or what Arthur Schopenhauer would have called “bread thinkers” in the 19th century — people who express ideas that accord with the reigning ideology of the time; in other words, people who masquerade as philosophers but who are really in the service of the hegemonic powers. True philosophers are recognisable by their uncompromising stance towards dominant powers —  something that has cost several philosophers their lives in times past — including Socrates in ancient times, and Giordano Bruno in the early modern era.

What this instantiates, of course, is the age-old, and irresolvable, conflict between knowledge and power — so amply demonstrated today by the idiotic (but politically powerful) president of the United States, Donald Trump, who blithely proclaims that scientists don’t know what they are talking about when they link the devastating forest fires in California with global warming. And the lamentable consequence of this is that his “base” believes him unconditionally, in this way exacerbating the confusion about global warming.

There are many historical episodes that represent such a chasm between knowledge and power. One of these, discussed by Badiou in the book referred to earlier, concerns the manner in which the ancient Greek mathematician, Archimedes, died in the year 212 BCE. Just how important a thinker Archimedes was is evident where Badiou writes: “Archimedes is one of the greatest minds ever known to humanity. To this day, we are taken aback by his mathematical texts. He has already reflected on the infinite, and had practically invented infinitesimal calculus twenty centuries before Newton. He was an exceptional genius.

“Archimedes was a Greek from Sicily. When Sicily was invaded and occupied by the Romans, he took part in the resistance, inventing new war machines — but the Romans eventually prevailed.

At the beginning of the Roman occupation, Archimedes resumed his activities. He was in the habit of drawing geometric figures on the sand. One day, as he sits thinking at the sea’s edge, reflecting on the complicated figures he’d drawn on the shore, a Roman soldier arrives, a sort of courier, telling him that the Roman General Marcellus wishes to see him … But Archimedes doesn’t budge. The soldier repeats: ‘General Marcellus wishes to see you.’ Archimedes still doesn’t reply. The Roman soldier, who probably didn’t have any great interest in mathematics … doesn’t understand how someone can ignore an order from General Marcellus. ‘Archimedes! The General wishes to see you!’ Archimedes barely looks up, and says to the soldier: ‘Let me finish my demonstration.’ And the soldier retorts: ‘But Marcellus wants to see you! What do I care about your demonstration?’ Without answering, Archimedes resumes his calculations. After a certain time, the soldier, by now absolutely furious, draws his sword and strikes him. Archimedes falls dead. His body effaces the geometrical figure in the sand.

“Why is this a philosophical situation? Because it shows that between the right of the state and creative thought, especially the pure ontological thought embodied in mathematics, there is no common measure, no real discussion. In the end, power is violence, while the only constraints creative thought recognises are its own immanent rules. When it comes to the law of his thought, Archimedes remains outside of the action of power. The temporality proper to the demonstration cannot integrate the urgent summons of military victors. That is why violence is eventually wrought, testifying that there is no common measure and no common chronology between the power of one side and the truths of the other.

“We can say that between power and truths there is a distance: the distance between Marcellus and Archimedes. A distance which the courier — no doubt an obtuse but disciplined soldier — does not manage to cross. Philosophy’s mission is here to shed light on this distance. It must reflect upon and think a distance without measure, or a distance whose measure philosophy itself must invent.”

This is what I tried to do in my last post, in so far as I tried to “clarify the decision” that people face today regarding Julian Assange, who has put his life on the line for people like ourselves by exposing unjustifiable actions on the part of the state. Simultaneously I attempted to show what distance separates the empirical truth revealed by Assange (about the callous murder of Iraqi civilians by American soldiers in the notorious video linked in my post) and the power of the state, which enables it to hide behind denials and military might. To do this requires what Badiou calls the “invention” of the “measure” of “a distance” — the distance between power and truth.

Why is this? Because the distance between truth and power is immeasurable — they are incompatible, or incommensurable. That is why, once one has understood what is at stake, one has to choose — either you choose the side of power, or of truth, and the decision you make will determine the course of your actions, indeed, of your life, in the end. If you do not choose, you are, in a sense, choosing in favour of dominant power, so that nothing changes. If, however, you choose in favour of truth, you will have transformed yourself psychically and morally — which may mean that you will face difficulties with the representatives of convention that you would otherwise not have faced.

Since its beginnings more than 2500 years ago, philosophy has always had this role to play in society, and it continues to do so. This is what makes philosophers recognisable, as distinguishable from what Badiou calls “TV philosophers” who comment fashionably and uncontroversially on current affairs.