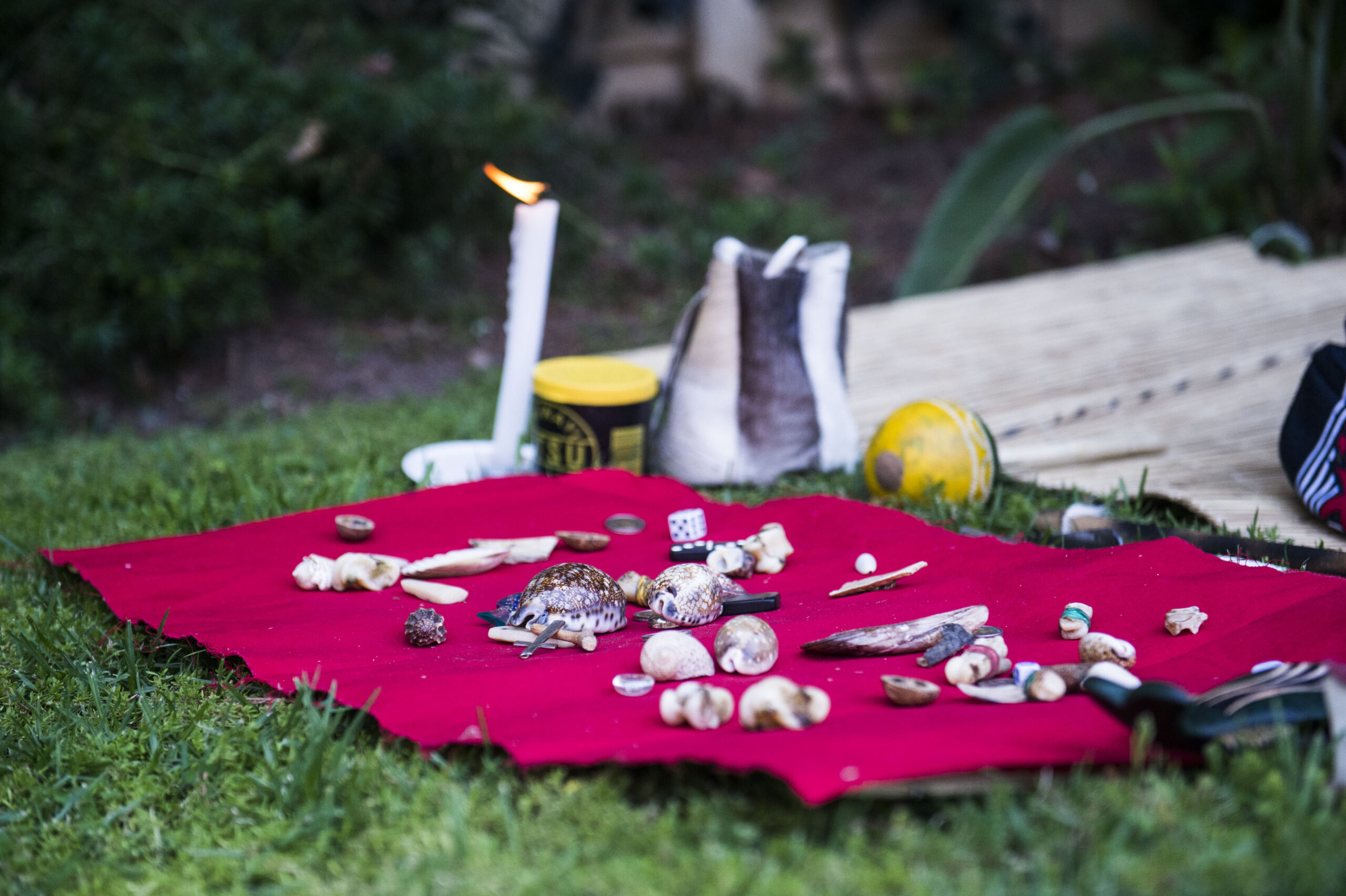 Mam Sangweni: Branded a witch, burnt to death for being mentally ill

Ke re ba rutegile thata we,

These are lyrics from Umanji’s  1999 hit song  Moloi which translates to “The witch” or simply “witch”.

A loose translation of some of the lines is: “When they see an old woman/grandmother, being ugly, wrinkled and ashy, they kill her, they accuse her of witchcraft, please do not kill our grandparents, we still love them, they are our ancestors. If you do not know where to find witches, they are very educated, they are in colleges and universities”.

This song does two things in opening up a very robust and honest discussion about witchcraft in Africa. Firstly,  it highlights the ageism and misogynoir that older black women face at the hands of their communities where they are accused of being witches merely because of their appearance and behaviour  in old age. Secondly, it highlights the fact that one cannot really tell who a witch (or wizard, for that matter) is just by observing their outward appearance. Umanji even goes on to explain how real witches are clean and well dressed in branded clothes, living in suburbs and attending institutions of higher learning bathed in expensive perfumes and colognes. Our grandmothers are not necessarily witches.

Witchcraft is a worldwide phenomenon seen and expressed in diverse cultures across the globe with people believing that these individuals have been born with superpowers “regularly credited with causing all manner of disease and disaster. Sickness, and even death, as well as a host of lesser misfortunes, are routinely laid at their door”.

In Africa, witchcraft should not be confused with witch doctors or traditional healers; some people tend to conflate the concepts and acts of the two very different groups. “Witch doctor” is a very problematic and harmful remnant of anthropological colonialism which branded sangomas and amagqirha as witches, albeit those who actually heal or protect people from evil.

It is worth noting here how meaning is contested and debated and how language is not an inconsequential thing, but a very powerful tool that has tangible effects on people’s lives and livelihoods.

There is also a lot of mistrust and denigration of the very sacred practice of ubungoma which has to do with the consequences of colonial christianty branding African spirituality as demonic and diabolical. Perhaps the clarion call by the  Congress for Traditional Leaders of South Africa for us to commemorate African spirituality, in what they call Ancestors Day is urgently needed to educate, honour and talk  about such issues.

Witchcraft is not a gendered practice in many African cultures. As such “moloi” or “boloi” refers to both women and men, children and adults. But, as with many other cultural practices, it is older black women who bear the brunt and often fatal consequences, in this case of being accused of being witches.

There is a lot of patriarchal violence that accompanies these accusations, with some women being shunned or hunted and forced to confess to their alleged crimes against humanity. It is as though because they cannot bear children or their bodies are not sexually appealing to men anymore, they should be cast aside. Many suffer from mental health challenges and other illnesses which deem them a burden. As they are now a nuisance to society, the easiest way to dispense of them is to brand them as evil witches who are out to curse others with misfortune.

According to the wisdom of ages (seen around the world), there is only one way to deal with a witch — you kill and burn them!

I was triggered to write this article by a Twitter thread I read about an old, mentally ill woman who was kicked, beaten, sworn at and eventually burnt to death for being accused of witchcraft. There is a video doing the rounds on social media, but I cannot bring myself to watch it. I am only going on hearsay and descriptions from those who were brave enough to watch it.

The alleged witch and now murdered woman is Mam Jostina Sangweni, a sangoma who was diagnosed with schizophrenia a few weeks ago. She was lost one evening and found wandering into a stranger’s house in Mapetla, Soweto. The homeowner reacted by accusing her of witchcraft and other community members joined in on attacking her. She later succumbed to burn wounds at

the Chris Hani Baragwanath Hospital after she had been doused with petrol and set alight.

I think it is important to immediately begin conversations that interrogate our own beliefs and actions.

I am aware of the fact that I occupy two stools, those of oppression and privilege, and as such I do not want to silence or denigrate people’s beliefs as laughable or unrealistic when they are very real for them. I know how for some people, witchcraft is a very real lived experience, reinforced by their circles and reality, it is insensitive to simply tell them their truth is wrong without engaging with them from a respectful place.

I also think it is a very sensitive issue for many South Africans who are living in conditions of squalor, inequality and horrific crimes. Whether I personally believe in it or not, for many witchcraft gives a simple answer to the complex questions of inequality, bad luck and general misfortune. Many people do not have the tools, language or knowledge to articulate and unpack their lot in life.

My bone of contention here is, who are we to take someone’s life; a right enshrined in our constitution? Are those who kill so-called witches not also practising witchcraft by committing this evil act? Mam Sangweni deserves justice. May her soul rest in peace and may her death not be in vain.

It is also high time that the black community begins having honest conversations about mental health. We need to begin a national mental health education drive that goes into communities and champions focus groups and workshops in churches, schools and community halls to enlighten people about different mental illnesses and how they present themselves. We cannot keep losing people to depression or have elderly women abused or killed because the symptoms of dementia, alzheimers or schizophrenia are taken as proof of witchcraft.

Our government also needs to make a concerted effort to fund a national counselling drive because we are collectively broken, wounded and unhealed as a country. We hold harmful views and beliefs which have proven fatal — as is the case with Mam Sangweni and countless others. Perhaps hiring the many unemployed social workers would be the first step in the right direction.