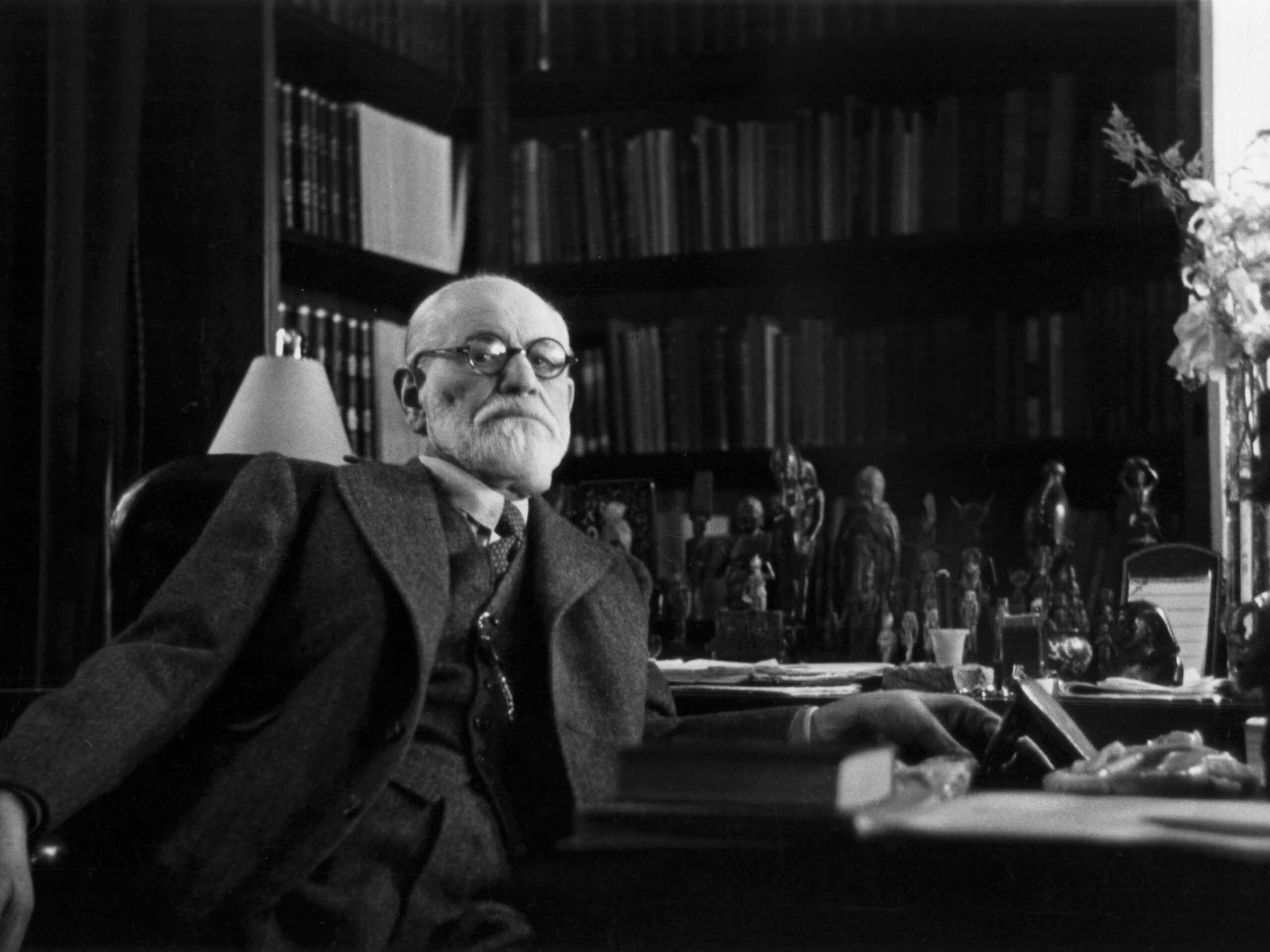 In the work of Sigmund Freud — one of history’s greatest investigators of the human psyche — one encounters many insights that shed light on worrisome instances of group (and also some of individual) behaviour in present-day South Africa. In his treatise on religion, The Future of an Illusion (1927), he writes:

“It is to be expected that these underprivileged classes will envy the favoured ones their privileges and will do all they can to free themselves from their own surplus of privation. Where this is not possible, a permanent measure of discontent will persist within the culture concerned and this can lead to dangerous revolts. If, however, a culture has not got beyond a point at which the satisfaction of one portion of its participants depends upon the suppression of another, and perhaps larger, portion — and this is the case in all present-day cultures — it is understandable that the suppressed people should develop an intense hostility towards a culture whose existence they make possible by their work, but in whose wealth they have too small a share. In such conditions an internalisation of the cultural prohibitions among the suppressed people is not to be expected. On the contrary, they are not prepared to acknowledge the prohibitions; they are intent on destroying the culture itself …”

I need not elaborate on the historical accuracy of Freud’s assessment of relations between ruling classes and the underprivileged — just off the top of my head the French Revolution of 1789; the Russian Revolution of 1917; the victimisation, persecution and virtual extermination of the Jews in Germany under the Nazis in the 1930s and 1940s; the fall of apartheid culminating in a “democratic” South Africa in 1994; and — although this has not led to the downfall of the neoliberal regime (yet), the wealth gap between the 99% and the 1% under neoliberal capitalism today. What concerns me here is the present situation in South Africa.

As Naomi Klein shows in her book, The Shock Doctrine (Penguin, 2007), democracy was born “in chains” here because, instead of installing a social democracy (with its built-in mechanisms of social and economic justice and redistribution), world financial institutions forced the country to adopt a liberal model (that favours the rich), which — Klein demonstrates — has exacerbated inequality to the point at which South Africa is now the most economically unequal society in the world.

This is, in Freud’s terms, a recipe for disaster, and given some of the elites among the ANC government prioritising the feathering of their own nests through acts of corruption totalling incomprehensible amounts of money (most recently in the context of the coronavirus pandemic), instead of systematically working for the socioeconomic upliftment of poor people, the kind of unequal share in wealth that Freud refers to persists in South Africa, with increasing signs of hostility towards people perceived as being wealthy.

Unfortunately, in this country, such hostility has been racialised, and for familiar historical reasons. Although apartheid ended, formally speaking, 26 years ago, the discontented in South Africa still project their resentment and frustration almost exclusively on to white people. Such projection is understandable, in psychoanalytical terms. But, in fact, comparatively speaking, some black South Africans have acquired significant wealth since 1994 and, although white billionaires still outnumber their black counterparts, the latter already comprise an impressive list. Hence, there is no basis for attributing wealth exclusively to white people; besides, since 1994 poverty has grown among white people (although, according to an Africa Check report from 2016, only about 1% of white people live in poverty).

There is an aggravating factor, however, that has exacerbated this situation to an almost unbearable limit, and that is the unfortunate role of the EFF, with the incongruous name of “Economic Freedom Fighters”. Why incongruous? Because firstly, in principle, everyone in South Africa has the same economic freedom — that is, the liberty to participate in economic activities. Courtesy of neoliberal capitalism, however, in fact people do not have the same “economic freedom” because economic inequality (not equality) was the starting position (which, you may respond, justifies them calling themselves “economic freedom fighters”).

Except — and this may be a bit difficult for the EFF to understand, given their display of incomprehension on so many issues — that their way of “fighting” does not make one iota difference to the ruling economic model. They are, to use an old expression, farting against thunder. Only a worldwide economic revolution will change that; that’s why their name is incongruous.

Even more incongruous is the fact that, because of their ire at Clicks because of an allegedly racist hair advertisement (which is arguably justified; racism should be exposed for what it is), EFF members have engaged in acts of intimidation and vandalism, including threatening to burn down a hospital because of a Clicks pharmacy at its entrance. And I have not seen any attempts on the part of the South African Police Service to stop them from doing this, despite a court interdict against such behaviour.

Let us return to Freud for a moment. In Group Psychology and the Analysis of the Ego (1921), referring to the relation between groups, the feeling of envy, and a demand for justice, Freud writes:

“Something like it first grows up, in a nursery containing many children, out of the

children’s relation to their parents, and it does so as a reaction to the initial envy with

which the elder child receives the younger one. The elder child would certainly like to put his successor jealously aside, to keep it away from the parents, and to rob it of all its privileges; but in the face of the fact that this younger child (like all that come later) is loved by the parents as much as he himself is, and in consequence of the impossibility of his maintaining his hostile attitude without damaging himself, he is forced into identifying himself with the other children. So there grows up in the troop of children a communal or group feeling, which is then further developed at school. The first demand made by this reaction-formation is for justice, for equal treatment for all. We all know how loudly and implacably this claim is put forward at school.”

The first significant thing to notice here is what Freud writes about envy — the “founding” human social feeling — which emerges in the face of the child having to endure their parents’ show of affection for (usually younger) siblings. Importantly, however, this makes way for group-identification and -feeling, on which, Freud points out, a sense of justice is founded: the demand to be treated fairly and equally. We all know, however, that economically, under capitalism, this does not happen; the best one can expect is to be treated fairly and equally under the law.

Yet, why have the police not acted firmly to prevent the EFF from carrying out its vandalism and intimidation? And why has there not been an unequivocal condemnation of their behaviour from ANC ministers, particularly the minister of police? The answer is pretty obvious, it seems: the ANC knows it has performed badly at almost every level and it cannot afford to alienate the party that may be its future coalition partner.

But there is another, more sinister side to this. People familiar with world history will recall that, in the years before World War II, the Nazis increasingly harassed and assaulted Jews because they were perceived as being wealthy and were, therefore, envied. This also happened in neighbouring Poland, which was overwhelmingly anti-Semitic at the time. This accelerated after Hitler became chancellor in 1933, but indications are that the Weimar German government did nothing before that to prevent this persecution.

There are worrying signs that something similar could be happening in South Africa. EFF leader Julius Malema and his cohorts execrate white people — who are citizens of South Africa no less than they are — for example, calling white women “white bitch[es]” in the context of the Clicks fiasco.

This was was recently demonstrated in widely circulated videos and audio on social media, (some of which I viewed and listened to), and in one instance shoving  a white woman and telling her: “Go back to Europe, you fucking bitch!” before she pulls a gun on them. But the police have not been seen to intervene, nor has the ANC government expressed any censure. What this means is that the EFF is in the position, analogously, of the Nazis in pre-war Germany, and the ANC is complicit.

Even more worrying, and objectionable, is the fact that the EFF is systematically establishing synonymy between “white” and “racist”, so that eventually all white people will be regarded as racists, which is not the case; nor is racism limited to whites.

Why is this happening? From what one learns from Freud, it seems that this, too, is based on envy of perceived (but no longer actual) privilege, as was the case in Germany regarding Jewish people. But as Freud suggested, group identification and a sense of justice can preclude divisions based on envy.

That did not happen in Germany, and it is not happening here. On the contrary, just as legislation was used to disempower Jewish people there (and indeed black people by the apartheid government), it is being used to disempower white people here, despite the fact that they are a small minority, already limited by law in what economic activities they may engage in. One is reminded of President Cyril Ramaphosa’s remark, in the 1990s, that whites would be boiled alive like frogs by the ANC. This trend must be resisted by citizens and government alike, lest the EFF should feel justified to continue along this path.