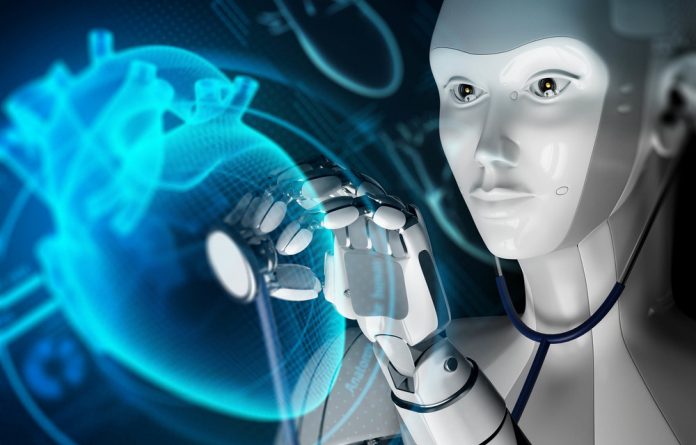 Eliminating bias is the new frontier of AI innovation

This year is forcing us to confront some hard truths about the world we live in. The Covid-19 pandemic has cast a sobering spotlight on the unsustainable path we are on.

One such truth is symbolised by the global #BlackLivesMatter movement, which has once again highlighted the embedded biases in our interconnected social fabric, forcing us all to re-evaluate notions of morality, fairness and ethics.

Is exponential technological progress amplifying some of the very challenges we are trying to overcome?

As we strive to meet unmet and even unarticulated needs of customers, we look towards technology. We see companies investing heavily in technologies such as cloud computing, the internet of things, advanced analytics, edge computing, virtual and augmented reality, 3D printing and, of course, artificial intelligence (AI). Many experts tout it as one of the most transformative technologies of our time, in terms of sheer impact on humanity.

Global use of AI has ballooned by 270% over the past five years, with estimated revenues of more than $118-billion by 2025. AI-powered technology solutions have become so pervasive, a recent Gallup poll found that nearly nine in 10 Americans use AI in their everyday lives.

And yet, a dark side of AI is surfacing as it engrains itself in our daily lives.

The dark side of AI

In 2018, reports emerged of Gmail’s predictive text capability automatically assigning “investor” as “male”. When a research scientist typed “I am meeting an investor next week”, Gmail’s Smart Compose tool thought they would want to follow up with the question: “Do you want to meet him?”

That same year, Amazon had to decommission its AI-powered talent acquisition system after it appeared to favour male candidates. The software seemingly downgraded female candidates if their resumes included phrases with the word “women’s” in them, for example, “women’s hockey club captain”.

Errant algorithms can cause greater harm than a few missed employment opportunities.

In June 2020, the New York Times reported on an African American man wrongfully arrested for a crime he didn’t commit after a flawed match from a facial recognition algorithm.

Recent studies by MIT found that facial recognition software, used by US police departments for decades, work relatively well on certain demographics, but is far less effective on other demographics, mainly due to a lack of diversity in the data that the developers used to train these algorithms.

Microsoft and Amazon have halted sales of their facial recognition software until there is a better understanding and mitigation of their impact, on especially vulnerable or minority communities. IBM has even gone as far to halt offering, developing or researching facial recognition technology.

What causes bias in AI?

There is growing evidence that it is the underlying data that perpetuates bias in AI. For example, using news articles for natural language processing could instil the common gender stereotypes we find in society simply due to the nature of the language used.

Many of the early algorithms were also trained using web data, which is often rife with our raw, unfiltered thoughts and prejudices. A person commenting anonymously on an online forum arguably has more freedom to display prejudices without much consequence. Any algorithm trained on this data is likely to assimilate the embedded biases.

There is arguably a need for more diversity in the development rooms where AI algorithms are created. A cursory glance at the demographics of the big tech firms shows a disproportionate gender and demographic bias. The synthesis of diverse and inclusive perspectives in the AI creation process must be accelerated so that AI algorithms and the data they are trained on embody a range of perspectives, allowing them to drive more optimal outcomes for all people.

What can we do to mitigate bias in the AI solutions we increasingly use to make potentially life-changing decisions? Yes, greater awareness of bias can help developers see the context in which AI could amplify embedded bias and guide them to put corrective measures in place. But testing processes should also be developed with bias in mind: AI creators should deliberately create processes and practices that test for and correct bias.

Finally, AI firms need to make investments into bias research, partnering with other disciplines far beyond technology, such as psychology or philosophy, and share the learnings to ensure all the algorithms we use can operate alongside humans in a responsible and helpful manner.

Fixing bias is not something we can do overnight. It’s a process, just like solving discrimination in any other part of society. However, with greater awareness and a purposeful approach to combating bias, AI algorithm creators have a hugely influential role to play in helping establish a more fair and just society for everyone.

This could be one silver lining in the cloud that is 2020.