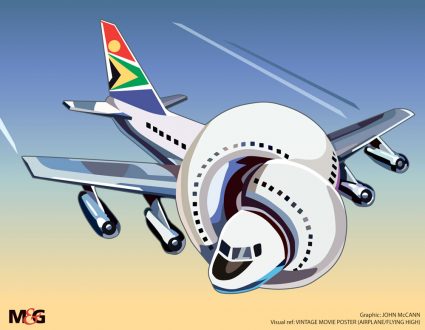 My previous piece here centred on lessons for South African Airways (SAA) from Ford’s upending of Ferrari’s decades long dominance at Le Mans in the 1960s and our very own Springboks’ miraculous turnaround from a place where, to paraphrase Mike Tindell’s post-match analysis, they couldn’t win a raffle 18 months prior. It focused on the importance of unencumbered visionary leadership and having the right organisational structure to allow that vision to be executed. Without the right structure in place, visionary leadership remains almost impossible to execute. We need only cast our minds back to SAA’s last CEO, Vuyani Jarana and his resignation to make this example. He may have been the inspirational leader that SAA so desperately needed, but he ultimately was fighting a losing battle as long as the structure with the South African Government did not alter.

But to reduce great turnaround stories to just one person would be excising a significant contributing aspect of the story. Every example I’ve previously mentioned, while it starts and requires that one unique and myopically driven individual, is never ever really a story about just one person. The story of Ford Racing or the Springboks is not just a story about Henry Ford II or Rassie Erasmus. Instead, despite history and us finding greater ease in focusing on that one person, when looking deeper, it is nearly always a story about one enigmatic person surrounded by an exceptional group of individuals.

The article goes further and notes that just by having star performers, the staff that work most closely with them receive a 5 – 15% boost in productivity. So, having these star performers make other staff better at their jobs.

Henry Ford II understood this, and Ford’s history with prioritising getting the best people didn’t start with Caroll Shelby, Ken Miles and the team that took down Ferrari in the ‘60s. Before that, post-World War II, Henry Ford II, in order to revolutionise Ford’s logistical expertise, hired a group of ten United States Army Air Forces veterans of World War II who became Ford Motor Company executives in 1946. The group was part of a management science operation within the Army Air Force known as Statistical Control, organised to coordinate all the operational and logistical information required to manage the waging of war. They were deemed the ‘Ford whizzkids’. Henry Ford II knew the importance of talent management as far back as the 1940s. More recently, while we talk about the critical importance of Rassie Erasmus’s leadership in the Springbok’s turnaround, he also didn’t do it alone. He utilised and relied on experienced staff and world class players, and when the structure impeded them, they changed it. Had they not changed the 30-cap rule restricting the use of overseas players they would have been without the services of two of the Springbok’s most talismanic players in Faf de Klerk and Cheslin Kolbe. The importance of the Number One extends beyond just one individual. It also includes those “one percenters” – the game changers that give so much more than expected to the organisation. They are the ones that you require when you are trying to do the impossible.

The evidence for the importance of attracting exceptional talent is clear. Yet, while the world wages an increasingly competitive war for talent, the counterproductive narrative in South Africa that either the ‘rules don’t apply to us’, that we are somehow ‘the exception’, or that we can continue with ‘business as usual’ seem ever pervasive. This is most noticeable in the South African public service, and everything it touches. Being a state-owned enterprise and, to a degree, state-run, SAA is included in this.

Can you imagine whether truly brilliant, young graduates are lining up to work for SAA, especially given the global and growing demand for airline staff? If you’re trying to compete globally, and you’re not getting those “one percenters” (or even 5 – 20 tops percenters), then you’re dead in the water. To truly compete with the likes of Emirates, Qantas, Singapore Airways, and the ever increasing number of globally competitive airlines, SAA’s structures will need to change in a way not just to allow the organisation to become nimbler, but to allow the CEO to execute the turnaround strategy, which includes fighting effectively in the war for talent.

Dale is trained as an economist and has eight years’ experience as a policy and strategy analyst with specialisations in strategic foresight and behavioural insights. He holds a master’s in economics from Stellenbosch University and more recently completed the Scenario Planning Programme at the Said Business School, Oxford University. He writes in his capacity as a former Mandela Rhodes Scholar.