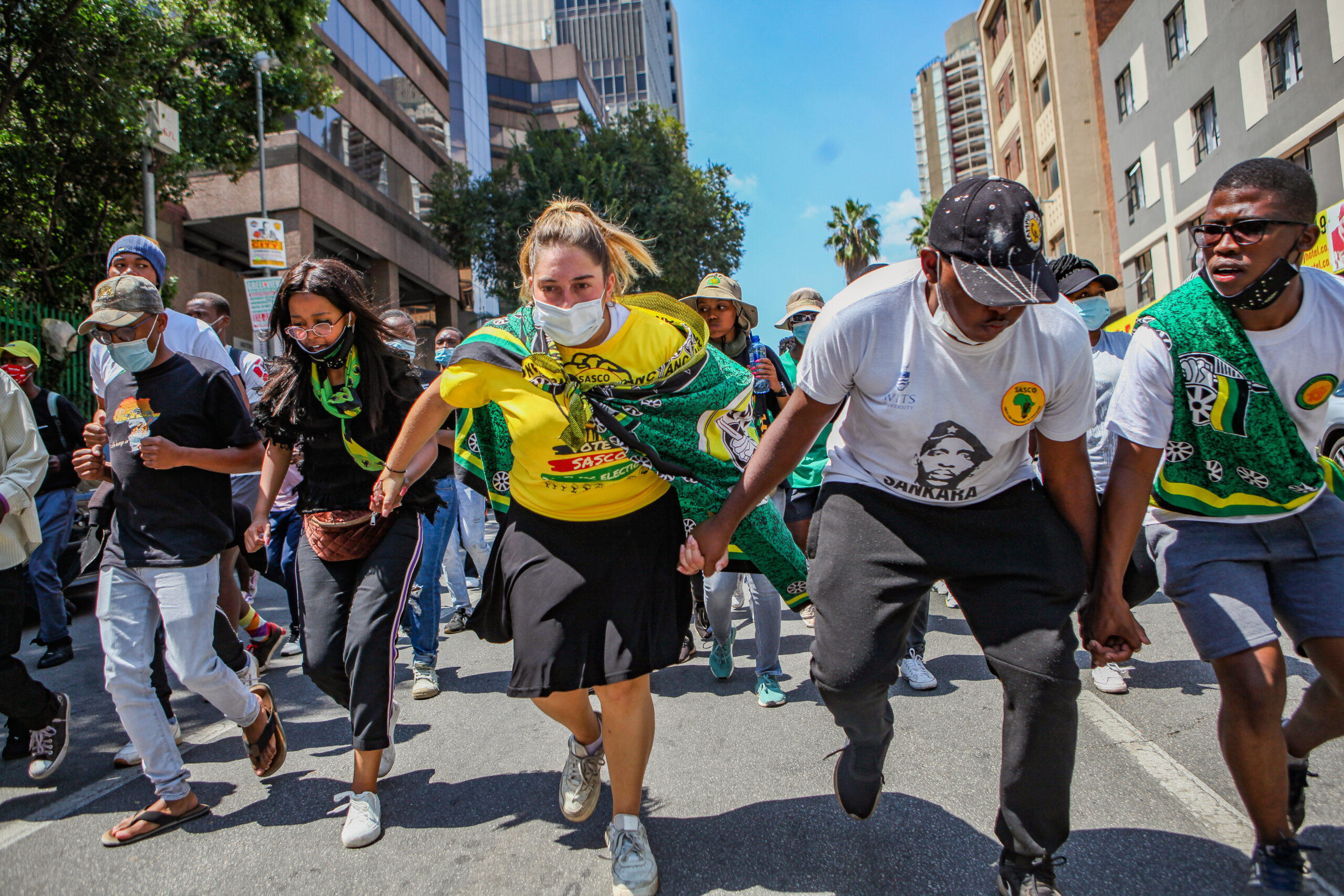 Youth Month 2021: Under which banner will the youth unite?

“The crisis consists precisely in the fact that the old is dying and the new cannot be born; in this interregnum a great variety of morbid symptoms appear.” — Antonio  Gramsci

This year we celebrate the 45th anniversary of the 16 June 1976 uprising, and it has become apparent that the livelihoods of young people in this country continue to deteriorate. The social, economic and political conditions of the youth have become worse over the years; but active citizenship by the youth is a pivotal vehicle in bringing forth change. The youth of ‘76 remind us how important it is that young people are at the forefront of solving this country’s problems.

Some legislative and policy instruments, such as the National Youth Policy (2030) and the Youth Employment Service (2019) brought about hope, but for now they just appear as ink on paper, with no concrete interventions in young people’s lives. The process of establishing the National Youth Development Agency board is back on track and the re-establishment of the ANC National Youth Task Team brings up questions of whether this is the way to resolve this political problem.

South Africa has 63% youth unemployment (or more), the highest rate globally, one of the highest rates of school dropout, high levels of drug and alcohol abuse, gender-based violence and violent crime — the list is endless. This disastrous state of affairs was recently illustrated by young people stampeding various post offices as they struggled to access the social relief of distress grant of R350.

Historically movements, organisations and political parties of change have had spaces for the young. A movement that failed to garner support from young people simply had no future. South African anti-apartheid leaders always pride themselves on how young they were when they joined liberation movements to fight against apartheid. It is always admirable to hear the stories of how young people laid down their lives for the struggle.

The post-apartheid youth face different conditions. When they organise from different avenues they are directly attacked by the so-called “old guard” that is now at the helm of the new state. The old guard seems to be obsessed with control and has destroyed all youth formations that do not agree with it. All who are outstanding and unsubmissive in the ranks of the young are systematically silenced, suppressed or physically exterminated.

Young people are told from above what to do, and how to do it. Politics, as the highest form of command, remains wholly in the hands of the old guard; in all their ardent and frequently flattering speeches they address to the youth, the old men are vigilantly defending their own monopoly.

Lately there’s been a huge shift: young people are more and more politically organising outside of the formal political process. There is a growing population of ama200 who are not sensitized by the long tradition of struggle that South Africa has, that seems to define itself outside of the past liberation movements. With no experience of struggle and change, the new generation strives for independent participation in the social life of the country. This was recently demonstrated in the #FeesMustFall movement, in which young people showed their interest in political change, but not through political parties and structures. They believed that as a nonpartisan movement they could achieve more, win the battle against institutional racism and get free higher education.

Why has this not built a strong alliance of youth organisations to fight for the interests of young people? All these young people have some form of ties to the “old guard”. In the end they get their instructions from above, and in many ways this has proved why the youth doesn’t seem able to achieve what they struggle for. Today, we still do not have free education. Instead we have seen the National Student Financial Aid Scheme (NFSAS) cutting out courses that it will fund and the R350 grant that young people need has been discontinued.

Where to from here?

The majority of the South African population is overwhelmingly the youth. The primary question is: which way will the youth turn in, with these continuously deteriorating conditions? Under what banner will they assemble their ranks? Nobody can give a sure answer to that question now but the youth themselves.

Healthy young lungs find it intolerable to breathe in the atmosphere of hypocrisy inseparable from the current “old guard” politics. We must strive for participation and the ultimate leadership of young people, by young people and for young people. The youth must take its rightful place.