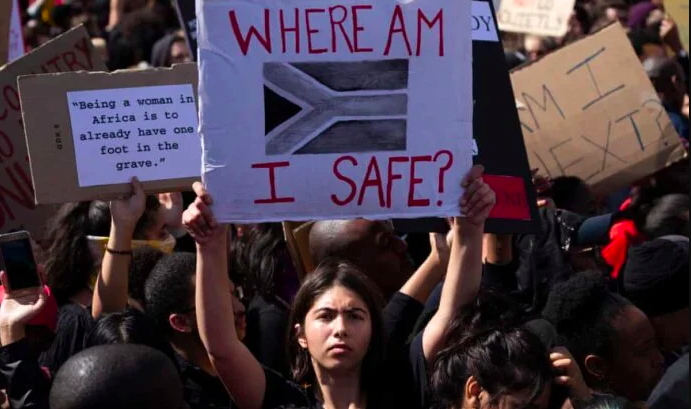 Why doctors dread the days the country celebrates

At our small district hospital, we had already performed an emergency caesarean section at 6am and I had worked most of the previous night. On this 72-hour call I was not in the best mood; I too wanted to be dressed in green and gold with my family, having a braai and feeling enveloped by joyful patriotism.

On that morning, between attending to new patients and conducting ward rounds, I watched snippets of the rugby on the waiting room’s fuzzy black-and-white television, along with some nurses and patients. I was hoping some of their spirit would rub off on me and erase my impending sense of doom.

Secretly, I wished South Africa would lose, because I knew very well what winning would mean for us. Doctors detest the end-of-the-month weekend shifts because of pay-day and the likely influx of alcohol-related trauma.

Winning the match would likely spark a catastrophic chain reaction.

At 2.12pm I got to lie down. At 2.24pm I was called back. The steady barrage of drunken trauma patients traipsing our way had begun.

I was wearing my bright red scrubs (which best camouflage blood spatters). I was feeling happier, post-shower and clothing change. Ready. “Perhaps this is an early start, and then surely cases will wane,” I’d hoped.

The rest of the population was celebrating our sporting victory with car-hoots of jubilation. We’d won, 32-12.

I had been assisting my nursing colleagues to suture up several stab wounds (unusual for the afternoon, of course). Our heaven-sent nurses were stitching and discharging the minor cases. I was managing the unstable cases, referring them to tertiary hospitals, and training nurses how to perform haemostatic (blood-stopping) sutures on the job, in the likely event that we may become overwhelmed. As a community service doctor, I was the only doctor on-call, as often is the case.

During the night, drunken drivers were brought in by the police for compulsory blood-alcohol-level tests, physical examination and documentation for my attention. Car accidents (with multiple passengers to be assessed) arrived as well. At times like these I felt my compassion trickling away for the drivers of these vehicles, most especially if their child passengers looked apprehensively at me, post-car-roll, their eyes wide and untrusting. In these cases, the bedside manner and professionalism I strive toward in my career becomes immensely challenging. I was not afforded much rest that weekend. The weekend shift included 36 consecutive hours without sleep.

At 3am I received a call regarding a patient. The nurse said a young woman had been stabbed multiple times by her boyfriend and was brought in by him after “he panicked”. I could hear in her voice, she felt bad for calling me, she knew that I was not coping and needed rest. She said, “Doc, I’m sorry, but you need to see this.”

I hauled myself up. My head was throbbing. My legs felt leaden. I was nauseous. My hands were shaking. I took a few forced gulps of a protein shake, knowing it may be the last thing I would consume for the next few hours.

What I saw next would change my life forever.

A 19-year-old woman had a gaping vertical upper chest wound on the left that was 20cm long. I could see clavicle bone, and if I looked from above, I could see that every layer between her skin and lung had been severed, exposing her speckled pink left lung to the fresh air. Skin, fascia, fat, at least two layers of muscle, all gone. I felt physically sick.

During surgeries healthcare professionals are conditioned to expect exposure to gory anatomical sights. To condition ourselves, we focus on the anaesthetic smell, the steady beeping of the anaesthetic machine, the sterile cold, the feeling of ill-fitting hospital scrubs and face masks and the depersonalisation of the individual by dark green drapes leaving only the exposed area visible. Without any of these multisensory grounding factors and a controlled environment with surgeons present, I struggle to describe how I felt.

I felt the most intense anger. I felt panic. I felt out of my depth.

The perpetrator stood near my office, surrounded by police officers as I stood at the phone, calling for advice. I tried not to look at him and turned my back. Out of my peripheral vision, I observed that he looked “normal”. “Concerned”, even. (Whether this was because of his unknown fate or his girlfriend’s health, I could not deduce.) Strangely enough, my anger was not directed at him, but at something much greater than him.

If this type of behaviour exists here, where I am now, it exists everywhere. It can exist anywhere.

The patient did not have only one stab wound; she had at least seven others. One on her forehead. Some on her hands (from trying to protect herself), another superficial 10cm one on her chest, another 10cm one under her left underarm, among others. I remember that out of all these feelings, I struggled to access my deep compassion for her, because I think if I did, I would probably have fallen apart. I could not let that happen.

I remember being quite stern with her. She smelled strongly of alcohol. I remember telling her that these injuries were “not normal” and that this stabbing “was meant to kill you. Do you understand that?” (She nodded, solemnly.)

I inserted her intercostal drain (to drain the blood and external air from collapsing her lung) and sutured her wounds, with as many soothing words as I could muster, but they were not many, if I am honest.

I remember taking on quite a stern, paternalistic, you-do-as-I-say approach (which is not advised if you intend to connect with a patient).

“Empower the woman to make her own choices,” we are taught.

My anger infiltrated every other emotion I felt. You could also feel the anger in the emergency unit from every professional present. I could not access the gentleness I value about myself. I managed to say: “I’m sorry that this happened to you.”

But other than that: I did not recognise myself.

The Mail & Guardian approached the South African Depression and Anxiety Group (Sadag) for comment on this article. Their response follows:

Cassey Chambers, the operations director at Sadag and part of the Healthcare Workers Care Network (HWCN) collaboration, says: “This story is incredibly powerful and moving. For the first time a lay person can get insight and perspective from the other side of the hospital bed. It also reminds us that healthcare workers, especially working on the frontline, are people too. They too feel – pain, disappointment, exhaustion, compassion and anger – and yet they carry on. They often do what many of us could never imagine. And at the core, they are people too. This is a stark reminder that our doctors, nurses and healthcare professionals are humans too – very brave humans. But sometimes they need help and support too.”

Every shift, every trauma intake, even during the pandemic with every new Covid-19 diagnosis, means longer hours, less sleep, and increasingly irregular meals for our frontline workers, resulting in weakened immune systems and lower resilience.

“South Africa’s healthcare workers are under enormous pressure,” says Dr Antoinette Miric, a Johannesburg-based psychiatrist and South African Society of Psychiatrists spokesperson. “They are committed to fighting for their patients and saving as many lives as possible. Healthcare workers are not used to reaching out for support for themselves. Still, I hope that this pandemic helps them to realise that they need to look after themselves first physically and emotionally, before they are able to look after others. Looking after oneself is not natural for the healthcare worker, in whose nature it is to help selflessly. However, in these circumstances, self-care is not just a buzzword – it is essential. Healthcare workers need to put on their oxygen masks before helping others.”

Dr Caroline Lee, the convenor of the South African Society of Anaesthesiologists’ Wellness in Anaesthesia Support Group, who has been supporting doctors suffering burnout for more than seven years, explains: “It’s critically important right now to be as supportive as possible of doctors, nurses, healthcare support staff, and allied medical personnel. These are dedicated people who have committed to seeing all of us through the Covid-19 crisis. They form the backbone and the frontline of our healthcare response. They are taking on significant personal risk and too often working without adequate equipment to ensure all of us can receive the care we need. They are our guides, allies, and caregivers. They are tireless, innovative, inspirational, stressed, exhausted and too often undervalued.”

Medics who are struggling are encouraged to call the Frontline Healthcare Workers’ 24-hour helpline on 0800 21 21 21.