Some time ago I wrote a piece on Shoshana Zuboff‘s recently published The Age of Surveillance Capitalism, and already other signs are beginning to appear that this invidious phenomenon is spreading in the workplace too, as surveillance of workers to ensure optimal productivity. 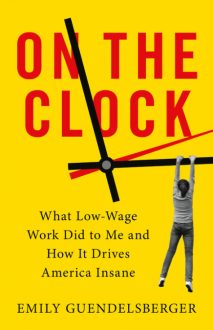 In a recent edition of TIME magazine (‘When humans become robots‘; July 29, p. 13-14) Emily Guendelsberger (author of the book: On the Clock: What Low-Wage Work Did to Me and How it Drives America Insane), writing from experience, lifts the lid on what it is like to do low-wage work at places like McDonald’s, a call centre and a ‘fulfillment center’ (note the irony!) of the gigantic Amazon company. Concentrating on her time at Amazon, she writes (p. 14):

I wasn’t prepared for how exhausting working at Amazon would be. It took my body two weeks to adjust to the agony of walking 15 miles a day and doing hundreds of squats. But as the physical stress got more manageable, the mental stress of being held to the productivity standards of a robot became an even bigger problem.

Technology has enabled employers to enforce a work pace with no room for inefficiency, squeezing every ounce of down-time out of workers’ days. The scan gun I used to do my job was also my own personal digital manager. Every single thing I did was monitored and timed. After I completed a task, the scan gun not only immediately gave me a new one but also started counting down the seconds I had left to do it. 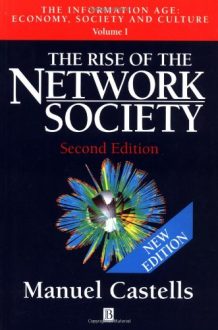 This description gives body to Manuel Castells’s claim (in The Rise of the Network Society, 2010), that the ruling conception of time in our ‘information age’ is no longer ‘sequential time’, but ‘timeless time’, which signals the (unattainable) limit towards which economic processes constantly tend, even if they can never quite reach it. This comes with a huge price to be paid by the workers that have to keep the wheels of this merciless economy turning at a certain rate, as Guendelsberger indicates (p. 14):

‘At my warehouse, you were expected to be off task for only 18 minutes per shift — mine was 6.30 a.m. to 6 p.m. — which included using the bathroom, getting a drink of water or just walking slower than the algorithm dictated, though we did have a 30-minute unpaid lunch. It created a constant buzz of low-grade panic, and the isolation and monotony of the work left me feeling as if I were losing my mind. Imagine experiencing that month after month.’

Indeed — small wonder a group of Amazon workers protested at a warehouse in Minnesota in March this year, holding up a sign with the statement: ‘We are humans not robots!’ The tell-tale words in Guendelsberger’s piece, quoted above, is ‘than the algorithm dictated’. We are increasingly living under the dictatorial rule of algorithms — ‘if, then’ formulas which regulate our behaviour with cold, heartless precision.

What Zuboff calls ‘surveillance capitalism’ is part and parcel of a broader kind of capitalism known as neoliberalism, of course. And the invidious effects of the latter are not restricted to the kind of inhuman, dehumanising surveillance discussed above. What may seem to be completely ‘normal’ – that is, norm-setting – because it is so widespread under neoliberal working conditions, namely competition or competitiveness at the workplace, can have similarly deleterious effects on human beings, this time specifically on interpersonal relationships.

This happens for many reasons, all of which are inseparable from this kind of market-based capitalist practice, which I have discussed here before in the light of the work of Belgian psychoanalyst, Paul Verhaeghe’s work. Verhaeghe has shown, on the basis of his clinical experience as a psychotherapist, that, as the title of his widely circulated article puts it: ‘Neoliberalism has brought out the worst in us’. In a nutshell, neoliberalism is underpinned by the tacit anthropological assumption, that human beings are fundamentally, and incorrigibly, competitive beings, and that the ‘ethics’ implied by this — if it could be called ‘ethics’ at all — amounts to a self-centred promotion of one’s own interests at the cost of even those of your family and friends, if the need arises. Needless to spell out, a sense of community is wholly absent from the neoliberal mindset. 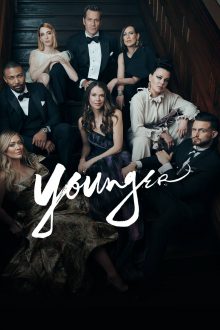 This is graphically illustrated in the popular television series, Younger (Darren Star Productions, 2015 – present ), now in its sixth season, which shows how the competition among employees at a company — in this case a publisher called Empirical Press (later incorporating another imprint, Millennial), in New York — can, and often does, have very negative effects on the professional as well as personal relationships among employees, as well as between employees and the employer.

Briefly, Younger follows the troubles and pleasures of Liza Miller (Sutton Foster), a 40-year old separated — soon to be divorced — mother, who is persuaded by her best friend, Maggie (Debi Mazar) to pass herself off as being only 26 (given her youthful looks) because no one will hire her at publishing firms when they find out she is 40. Hence, she is offered the position of assistant to Diana Trout, head of marketing at Empirical, and quickly befriends Kelsey Peters (Hilary Duff), a 26-year old, very capable editor at the firm.

The narrative revolves around Liza’s continued, largely successful attempts to keep her real age a secret, while doing her best at her job. To cut a lot of detail – the series is already in its sixth season — along the way Charles Brooks (Peter Hermann), the head (that is, publisher) at Empirical, is so impressed by Kelsey (who has been assisted by Liza in many ways) that he gives her her own imprint, called Millennial, the name of which signals the social context in which the series unfolds, namely the world of so-called ‘millennials’. Needless to elaborate, this is the world of endless texting, tweeting, ‘liking’ (or ‘disliking’), ‘going viral’ and the like; hence the customer focus of the Millennial imprint: young people.

So how does the ‘neoliberal effect’ surface in the series? First and foremost, ‘competition’ is always in your face — initially in the customary sense of competing for scarce resources (in the shape of jobs), which is a given in a capitalist economy; something one has to learn to live with, at least for the time being. This also goes for the way that different publishers attempt to poach promising talent from competitors — that is par for the course.

But secondly, at a certain point in the story (and I don’t want to give too much away lest I spoil it for prospective viewers) Liza and the person with whom she is romantically involved end up working for different publishers, as do Kelsey and her on-and-off love interest, and although in Liza’s case this is touted as ‘spicing up their relationship with some healthy competition’, the toll it is taking on both of them is clearly evident, as it is in the case of Kelsey and her beau.

What I can’t quite make out is whether the producers intend this as a (mildish) criticism of the neoliberal regime — that is, whether ‘spicing up their relationship with some healthy competition’ is intended to be tongue in cheek — or whether it is meant in all seriousness. If the latter, I would be disappointed in them, but then, there is always the role of the unconscious, which means that even if unintended, the phrase is symptomatic of what is really going on, and which most people working under the yoke of neoliberalism repress, lest they find it unbearable to carry on working.

But whatever the case may be, whether it is working for companies like Amazon, where (human) workers are virtually reduced to robots, or whether you appear to be in a more humane environment for now — like at a publisher — the trials and tribulations of employees in the age of surveillance capitalism/neoliberalism can no longer be kept out of sight.

This is hilariously demonstrated in a scene-sequence where Liza and Kelsey start singing the 1980 Dolly Parton hit song, 9 to 5, to Diana to persuade her to stay with Empirical: the song dates back to a time when, ironically, people did work mostly ‘from nine to five’, whereas today — as Younger shows intermittently — you can be called upon at any time, night or day, to continue working. Neoliberalism has created the 24-hour working day.