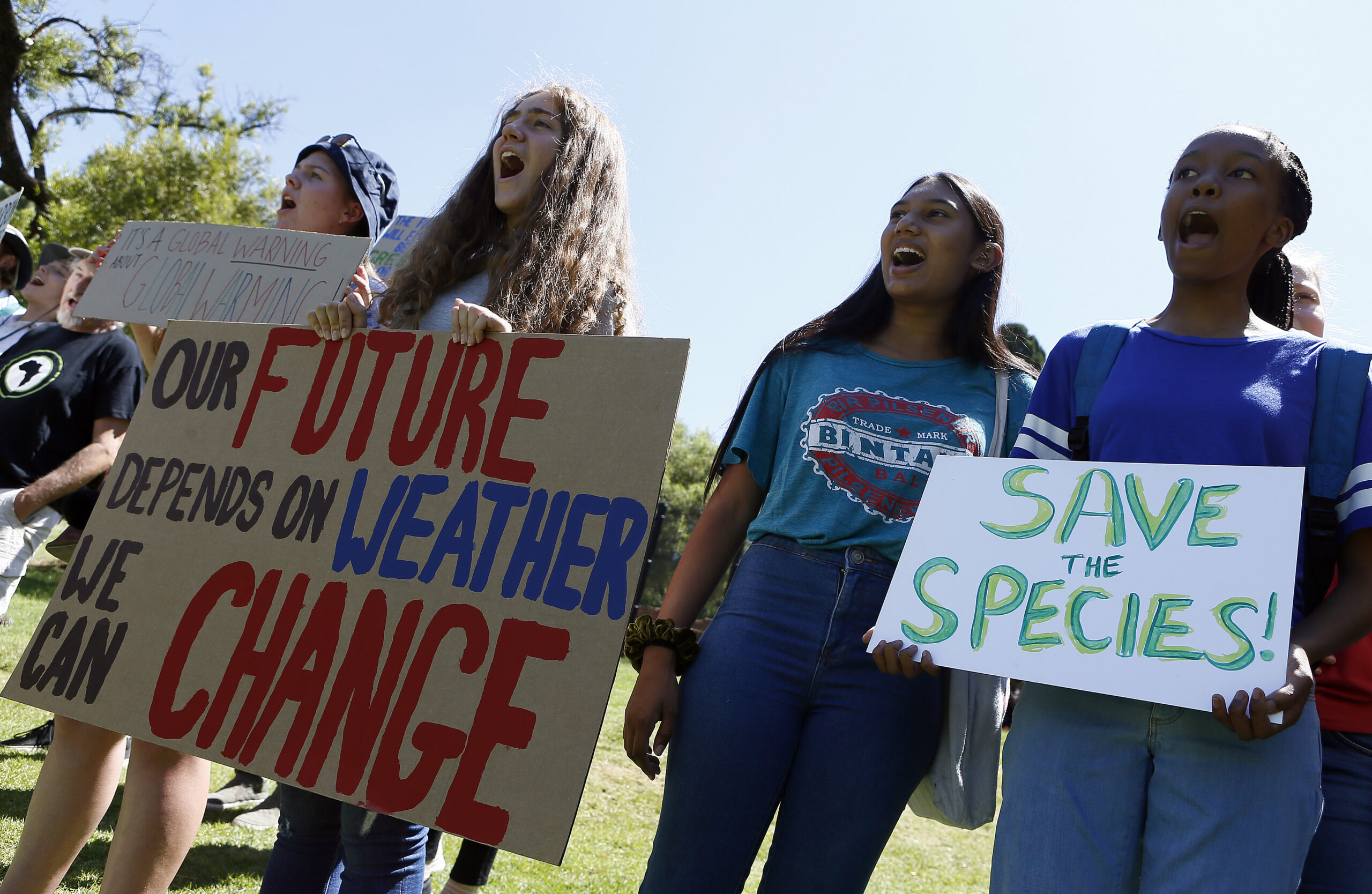 In the past five years, the South African debate on climate change and ecological restoration has been elevated to one of the main state agendas. The role played by young people among many others has resulted in the government having to acknowledge the crisis.

The youth of 1976 stood up against apartheid to fight for their human rights. The youth of today have taken on an ambiguous and omnipresent threat, the climate crisis.

At the 10 Annual Tutu Lecture in 2020, Archbishop Emeritus Desmond Tutu said: “The destruction of the Earth’s environment is the human rights challenge of our time.”

Climate justice is equivalent to social and economic justice and if it is not tended to with a sense of urgency and precision, today’s youth and future generations will feel the intensity of the Earth’s payback.

Young South Africans are among many other youths in the world such as Sweden’s Greta Thunberg and Uganda’s Vanessa Nakate who have responded to this call. They have taken it upon themselves to call for the end of burning fossil fuels and are promoting a just green transition.

The climate crisis is probably one of the most nuanced problems of the century because of the magnitude of its threat and the possible irreversible and catastrophic effects it poses. The crisis affects different continents, countries and towns differently. Although primarily distinguished as an environmental threat, climate change has proven to be detrimental to social, economic and political developments of the past century.

In December last year, President Cyril Ramaphosa responded to the call by establishing the Presidential Climate Change Coordinating Commission. It is one of the bodies that, alongside youth and civil society organisations, will play a huge role in holding the government accountable for meeting its climate targets, the nationally determined contributions.

But South Africa still needs an entity that will support young activists who have, over the years, played a big role in the global environmental space. Even though many of the country’s young climate leaders are representatives on international platforms, it has been hard for some to get the government’s support and resources.

For many of the country’s youth climate activists, the fight has been worthwhile, but, over the past two years, some have reported that the struggle does come with “activism fatigue”, especially in a country with a conservative and older government.

The department of environment, forestry and fisheries needs to acknowledge the role played by young people as official environmental ambassadors. They have become environmental experts in a Western dominated space.

The distortion or misrepresentation of history cannot be ignored. Environmental records tend to focus on Western industrialised nations being among the first to be part of the conservation movement, according to James Connelly, Graham Smith, David Benson Clare Saunders, the authors of Politics and the Environment: From Theory to Practice.

But some documents fail to acknowledge the unfair advantage developed countries have had because of the effects of colonisation.

The Western notion that environmental movements began in the 19th century in the United States and United Kingdom regarding ecological degradation fails to acknowledge the history of conservation and ecological prioritisation in developing continents such as Africa.

The legacy of this perception is present today. It can be seen in how UN institutions are still found in developed nations and cities and in how the “faces” of young environmental activists are predominantly white, middle class and Western.

More resources and support need to be given to young people in small towns and rural areas. Young people cannot rely on international conferences and agencies to get a platform. Rather, each local municipality should function as a change agency

This International Youth Day, it is important to recognise South Africa’s young climate activists, who have held space nationally and internationally during the Covid-19 period. Many have played a vital role not only through their conservation efforts, but also in education, awareness, policy and advocacy roles.

An opportunity is presented to Environment, Forestry and Fisheries Minister Barbara Creecy to diversify her department and lead the intergenerational transition.