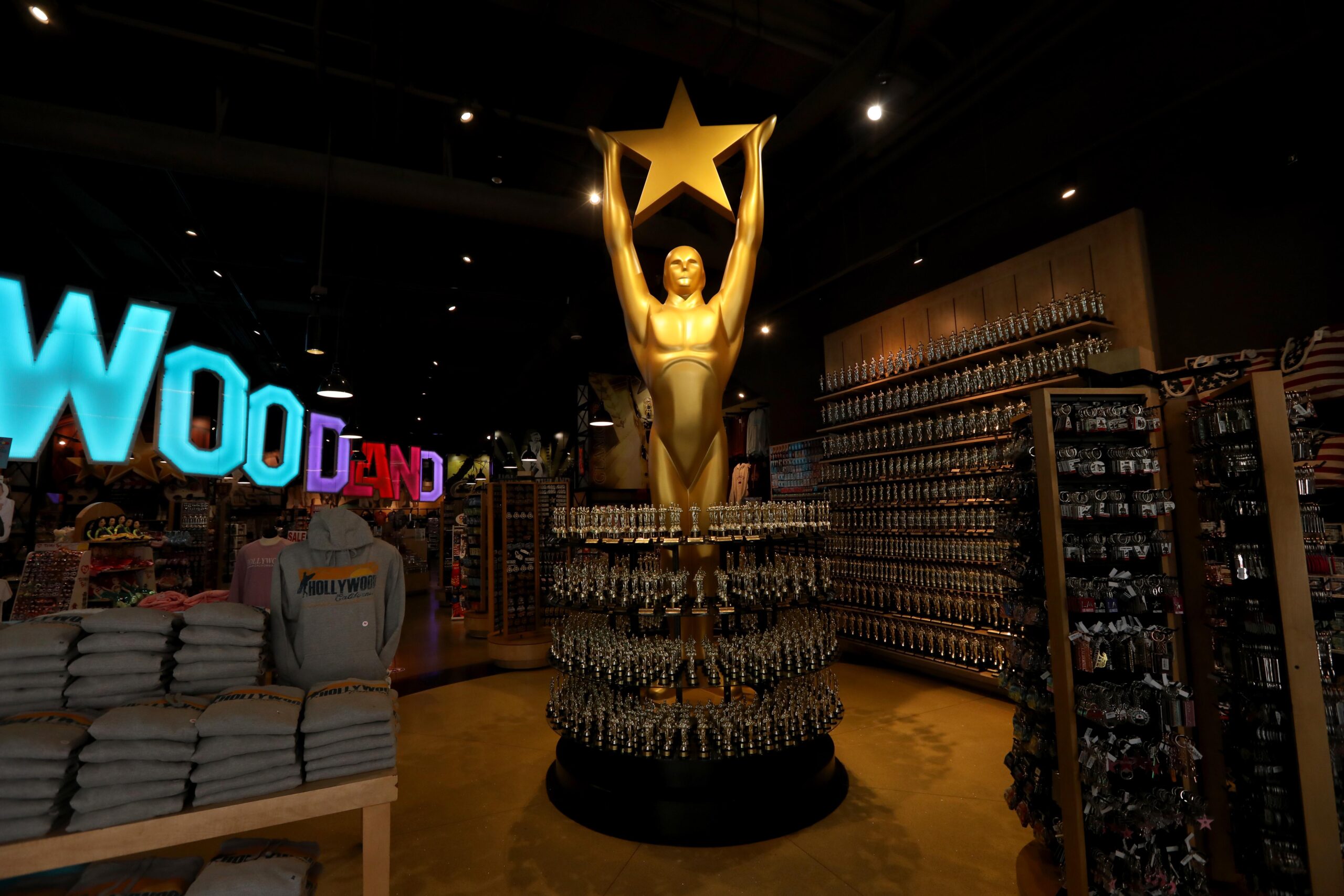 We live in a complex world with simple overarching ideals. It’s a world made for humans, with the single greatest differentiator between homo sapiens and the rest of the animal kingdom being our ability to create confusion and chaos out of simplicity. Most of this stems from what defines us, our humanity, and how we can best create systems that promote it.

I mean, big up to God, but why do we have 613 commandments (what, you thought there were only 10?), when one would be perfectly adequate? “Love each other”.

“Thou shalt not covet” is like a donkey, an onion of complexity that would make Shrek proud, and the fact that this thought crime creeps into the top 10 ahead of, “Thou shalt not rape”, or “Thou shalt not form cliques based on preposterous differentiators such as skin colour, geographical region or beliefs and then breed hatred and kill each other”,  is more than somewhat confusing.

So, right from the beginning we have had complexity and confusion and nothing is safe from these true horsemen of the apocalypse, as the Academy of Motion Picture Arts and Sciences has reminded us with its recently released diversity criteria for the best picture Oscar.

Now, what follows is not an awards speech decrying the value of diversity, or a moan that nothing should shackle artistic expression, but rather a lament on how the self-appointed moral Robocops at the Academy feel the issue should be addressed. We can want diversity, but disagree with the Academy’s contribution to achieving it.

The idea behind the Academy Awards is simple: award excellence in cinema at a grossly over-indulgent ceremony by handing out small golden statues of a naked man called Oscar to mostly sickeningly overpaid creators of mass entertainment. Simple.

For those of you who don’t give two flying golden statues about the Academy Awards and see it as a bloated, self-gratifying, meaningless awards ceremony based on an elitist voting system underpinned by the illuminati and the dollar, then you probably haven’t studied the Academy’s new diversity criteria, which force filmmakers to jump through a sequence of complex diversity hoops like good little Schnauzers; Chihuahuas; British bulldogs; French Poodles; Shar Pei; Shikoku, and previously disadvantaged homosexual, three-legged pugs for them to stand a chance of winning one of those adorable little raceless, gender non-binary, golden “men”.

I am not going to list the complex requirements set out by the Academy (you can read them here), but suffice to say, they read much like the script of The Irishman: verbose, bland, mentally draining and without even the slimmest sense of irony or real understanding of the history on which they are commenting.

The new standards require movies to submit a confidential Academy inclusion standards form. These standards include having at least one lead or significant supporting actors from an underrepresented racial or ethnic group (Asian, Hispanic, Black/African American), having at least 30% of all actors in secondary and minor roles from at least two of the underrepresented categories (women, racial or ethnic group, LGBTQ+, and so on) and having the main storyline, theme or narrative of the film centred on an underrepresented group. These three conditions are part of standard A, the fulfilment of which requires meeting at least one of the three criteria.

Overall, there are four such standards and the other three pertain to creative leadership and the project team (standard B), industry access and opportunities (standard C) and audience development (standard D). For instance, under standard B, one of the criteria requires that at least 30% of the overall crew be from underrepresented groups. A  film must satisfy at least two of the four standards to be eligible for a nomination under the best picture category.

These new eligibility reforms, which are set to take effect by the 96th Academy Awards in 2024, intend to encourage diversity and equitable representation on screen and off, addressing gender, sexual orientation, race, ethnicity and disability.

This raises three extremely important questions: Is there a diversity issue in the Oscars and the Hollywood film industry? If there is, is this actually a problem? And, is this the best way to deal with it?

Add to this the fact that both Hollywood executives and Academy members are overwhelmingly white men, and yes, it is fair to say that Hollywood has some diversity issues and is as close to homogenous as the cast of The Irishman. This is just looking at the two major groups — race and gender; the data for representation by sexual orientation, ethnicity and disability is not readily available, although it is fair to say that the vast majority of these groups are underrepresented. Which brings me to the contentious second question (wrapped in acknowledged maleness and white fragility): Is this actually a problem?

Well, before Julius Malema starts foaming at the mouth and tweeting about eradicating whiteness, let me categorically say that, yes, it undoubtedly is a problem.

But that’s the simple answer.

The more complex, more truthful answer, is: “Categorically yes … at times possibly, depending on a range of factors, but specifically if opportunities are being kept from certain groups through suppression and the unequal division of power”. Another way of answering is: “Yes, when framed by historical oppression and current social power mechanics”.

The answer becomes more complex not because of what we all want — equal opportunity for everyone — but rather because we have introduced three levels of complexity: the subjective division of people; the reduction of complex social, emotional and individual issues to base numbers; and systems that don’t look at addressing the real issues, but rather concentrate on forcing an outcome.

The Academy has decided, based I am sure on stringent research, on what constitutes a valid minority at this particular moment in 2020, and then has decided what percentage of these minorities need to be involved in the making of a movie for it to receive both artistic praise and moral certitude. Looking at total representation and inferring that all movie roles and behind-the-scenes jobs should follow the same representation as the general population is simply crude and ignores the wonderful diversity that exists within these minorities, or perhaps even their pleasure at not being represented in Hollywood proportionally to their representation in society.

The academy lists Asian, Hispanic/Latinx, Black/African American, Indigenous/Native American/Alaska Native, Middle Eastern/North African and Native Hawaiian or other Pacific Islander as communities it considers underrepresented on the big screen. But it also leaves an opening for “Other underrepresented race or ethnicity”. This last category is an interesting one and may just acknowledge that society, and hence diversity, is fluid and that there will always be minorities.

It is this social fluidity and the ever-increasing changes in social constructs and norms that is one reason correcting for diversity is so difficult and potentially so devastating to everyone involved, including the minorities who we want to help. What we think of as inclusive today, will be non-inclusive tomorrow. Twenty years ago, gender was binary and LGBQI was a small town in Wales. Who gets to decide which groups are both a large enough and a small enough minority to be included in the criteria?

However, despite Parasite cleaning up the big awards in 2020, only one actor of colour was nominated across all acting categories this year — Cynthia Erivo (for best actress), who lost to Renée Zellweger — although it is worth mentioning that Taika Waititi took home the best adapted screenplay Oscar for the excellent Jojo Rabbit.

So, although diversity in cinema is far from representative of society, the data show that with each year significant strides are made in making Hollywood more inclusive, just not at the desired pace and only when looking at specific outcomes. This is unacceptable to a lot of people, which is why the Academy has intervened. But if its solution is not the correct one, what is?

A mirror of our society

Well, the first thing to do is to recognise that the problem is not with Hollywood: it is with us. It is with society and our seeming inability to let go of power. We, as a society, need to want this change. It is society, the ticket-paying public, that has the greatest power, and we have certainly wielded this power in the past, especially when the crimes by Hollywood were so woefully blatant, as with its horrid whitewashing (which has obviously contributed to a lack of diversity).

Scarlett Johansson’s casting as Motoko Kusanagi in Ghost in the Shell, Jake Gyllenhaal as the Prince of Persia, Emma Stone as the a half-Asian character in Aloha, Matt Damon in The Great Wall, and the bizarre lack of Egyptian actors in Exodus and Gods of Egypt were all recognised by cinema-goers as dreadful expressions of racism and mostly failed at the box office. Ridley Scott is surely rethinking his comment that he can’t mount a $140-million film “and say that my lead actor is Mohammed so-and-so from such-and-such. I’m just not going to get it financed”.

The movie industry is actually excellent at highlighting social problems and continually produces high-quality movies with diverse casts dealing with a wide range of diverse issues. The best movies of the past few decades have highlighted the awful plight of women, people of colour, people with disabilities, and people from the LGBQI+ community in movies such as Green Book, Parasite, The Shape of Water, Boys Don’t Cry, Moonlight, A Beautiful Mind, Freida, Fences, Precious, 12 Years a Slave, Dallas Buyers Club, Roma, The Hours, Brokeback Mountain, Call me By Your Name, Little Women and so many more.

That’s the thing about cinema: it’s most successful when it provides commentary on the biggest issues of our time — and diversity, equality and inclusion are undoubtedly the biggest issues of our time. Truly great cinema is forged in the minds of creative desperados who refuse to be suppressed or told what to do and who balk at the idea of a creative checklist. (Okay, so I did need to moan a little about the shackling of art.)

We need to change how we think about diversity. In truth, we need to stop thinking about diversity at all and concentrate solely on equality. With equality, diversity becomes meaningless, which is a good thing because those numbers so many so strongly believe are the only way to show true diversity will likely never fully be realised, unless, of course, we strip every single ethnic group of its traditional core and unique social characteristics.

In the meantime, I have no problem with reviving The Ten Commandments and giving Charlton Heston’s iconic role to the one person we can identify as coming from the most marginalised group in Hollywood (the chosen place) — it would certainly be a more accurate representation of Moses than the whitewashed Heston (because, you know, Moses wasn’t white).

Perhaps the Academy could give its superior moral guidance and help us rewrite more inclusive commandments too.

Or maybe, we should just love each other.