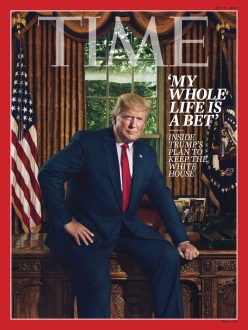 The spectre of anti-Semitism is once again stalking us, according to Vivienne Walt (TIME, July 1 2019, p. 33-37). Unbelievable, one might exclaim. Not really, and I’ll explain why – or rather, I’ll let Freud – one of the most original thinkers in history – explain why. But let’s look at the evidence for the resurgence of this invidious phenomenon first. Commenting on the rise in attacks on Jews, Walt informs one that (p. 33):

…the trend is especially pronounced in Europe, the continent where 75 years ago hatred of Jews led to their attempted extermination. The numbers speak plainly in country after country. For each of the past three years, the U.K. has reported the highest number of anti-Semitic attacks ever recorded. In France, which has the world’s third-biggest Jewish population, government records showed a 74% spike in anti-Semitic attacks from 2017 to 2018. And in Germany, anti-Semitic incidents rose nearly 19% last year…

Unsurprisingly, many Jews in Europe feel under assault. In an E.U. poll of European Jews across the Continent, published in January, fully 89% of those surveyed said anti-Semitism was rife and getting worse…

Many factors have converged to create a ‘perfect storm’ for Jews (one of the oldest communities) in Europe today. Walt lists the resurgent white supremacism of the far right as well as the Israel critics on the far left. The latter do not distinguish between the Israeli state and Jews living in other countries, which one should do; while I don’t believe that Israel’s treatment of Palestinians can be condoned – in fact, it should be condemned for as long as they refuse to grant Palestinians political autonomy – the Jewish diaspora cannot be held accountable for Israel’s actions. Other factors include the millions of new immigrants from Muslim countries, hostile to Israel and often to Jews in general, that have settled in Europe, as well as the facility with which hatred of Jews can be, and has been, disseminated on the internet. 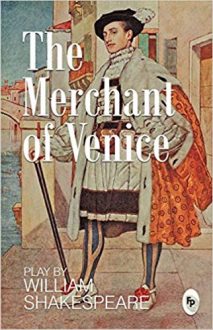 On a more hope-inspiring note, Walt also enumerates the many instances where people have started to fight back against this surge in Jew-hatred, at official and governmental levels, as well as among ordinary people. Understandably many European leaders see this fight against anti-Semitism as a ‘struggle for the very soul of Europe’. After all, the ghost of the Holocaust still hovers over Europe, and unless Jew-hatred can be defeated, it cannot be exorcised.

In the light of this evidence of the resurrection of one of the oldest kinds of hatred in the world — of which the Bard of Stratford-upon-Avon was equally aware; recall the character of Shylock in his The Merchant of Venice — one can only shake one’s head ruefully about the follies of humankind. When will people ever learn that by expressing inveterate hatred towards other human beings, of whatever culture or race, is to debase oneself in the end? All human beings are equal in their humanity, and no one has the right — even if they may have the power – to persecute other human beings for their ethnic and cultural attachments. Recall Shakespeare’s profoundly moving words, which he put in Shylock’s mouth in Act 3, Scene 1, of The Merchant of Venice (which could be spoken by ANY member of a persecuted race or culture on behalf of that cultural identity):

So how should we understand anti-Semitism and other kinds of racism? In the first footnote of Freud’s famous case of ‘little Hans’ — ‘Analysis of a Phobia in a Five-Year-Old Boy’ — he makes the following remark on the unconscious grounds of anti-Semitism:

The castration complex is the deepest unconscious root of anti-Semitism; for even in the nursery little boys hear that a Jew has something cut off his penis – a piece of his penis, they think – and this gives them a right to despise Jews. And there is no stronger unconscious root for the sense of superiority over women.

Detractors of Freud would immediately discredit this notion because of its implicit connection with so-called ‘penis-envy’ in girls and women. So let me explain. As Lacan understood so well, ‘penis-envy’ and the ‘castration complex’ — or fear of castration — should not be interpreted literally. ‘Fear of castration’ by the father (on the part of the boy), really denotes fear of the father’s authority, and of being disempowered by the father insofar as, first and foremost, the father comes between children (girls too) and the mother to claim his conjugal rights to sex.

‘Penis-envy’, accordingly, on the part of women, is nothing literal either, but simply the envy that women felt during the Victorian age in the face of men’s authoritative position in society, emblematically symbolised by the male sexual organ; remember, most women could only hope to be indirectly economically empowered, that is, by marrying men. This is why Lacan, correcting Freud regarding ‘penis-envy’, pointed out that it was not only women who wanted the ‘phallus’ ÷ the symbolic counterpart of the penis — but everyone, men included, wanted it, and ‘no one can have it’. What did he mean? Simply that the ‘phallus’ is the symbol of total empowerment, and, of course, no human being can achieve that, even if all secretly desire it. The power supposedly possessed by American superheroes (Superman, Spiderman, etc.) is nothing other than the embodiment of the phallus in this sense.

It is but a short, albeit inverted, step from there to anti-Semitism, and, in fact, to all kinds of racism. I wrote ‘inverted’ because here it is not envy of what the Jew has that motivates the anti-Semitism, but the fear of being similarly ‘castrated’ (even if the ‘castration’ in question is really circumcision), which relates to paternal authority and power, and which is repressed by the boy-child, but then projected on to Jews.

During the time between the end of WWI and the outbreak of WWII, when anti-Semitism in Germany under Hitler’s chancellorship rapidly grew to the point where Jews were corralled into internment camps, this was aggravated by the fact that Germans were economically impoverished as a result of losing WWI, and projected their resentment and suffering on to Jews in Germany, many of whom were wealthy because of being excellent business people.

So, people who feel ‘castrated’ — meaning disempowered — by economic forces they cannot control (which is what we are witnessing again today, globally), project their frustration and fear on to those (Jews) who, despite their physical ‘castration’ (circumcision), are usually economically empowered. Hence the appalling rise in anti-Semitism, accompanied by horrific attacks on Jews in several countries.

The same unconscious mechanism explains racism of all kinds (whether it is directed against Jews, white people, or black people): a supposed deficiency in the racial other (whether it is conceived of in physical or intellectual terms) triggers hatred, on the part of the racist, because of the unconscious fear of being similarly ‘castrated’, or disempowered. In short: one’s own unconscious fears, and subliminal awareness of being essentially without power — as all finite, mortal human beings are — are the basis of every form of racism.

Once one understands this, it becomes clear that there is no ‘reason’ for racism, including anti-Semitism; we are all in the same boat, and would do better by cooperating and accepting one another, rather than perpetuating the destructive hatred.