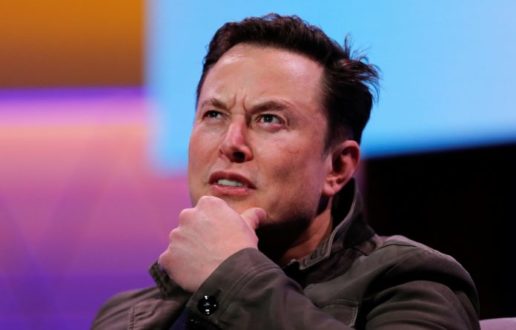 Elon Musk has made me angry. You know, anger, the prerequisite emotion of a fascist. And fascism seems to be all the rage at the moment.

But let’s put my anger aside. After all, what is anger but simply a vehicle for expressing a more complex emotion or discontent. In this instance, the discontent is the irritation felt when witnessing a man so remarkably knowledgeable behaving with such astounding ignorance.

Like many geniuses, Musk is very unstable and is prone to fits of rage and expressing opinions in areas that he clearly knows very little about. Most of the time we forgive him because … well, because he is Elon Musk, the man behind the sexiest car brand in the world, the guy who has a penchant for flame-throwers, and the cat who is going to colonise Mars. A little leeway has been earned, or certainly bought.

Last week, however, I found myself a little unforgiving, following Musk’s tirade of tweets and comments in which he not only bastardises Dylan Thomas to make a childish point by adding the words “of consciousness” to Thomas’s famous line: “Rage, rage against the dying of light”, but also claimed that the United States’ stay-at-home orders imposed as a result of the global coronavirus pandemic were “fascist” and “undemocratic”.

Now, whatever you may think of the stay-at-home orders, labelling them as “fascist” and “undemocratic” is not only wrong — it is boring, childish and lazy, and perpetuates the increasingly common notion that the words “fascist” and “Nazi” can be hurled at anyone to counter any opinion that may differ from your own. Musk went on to say: “I would call it, ‘forcibly imprisoning people in their homes’ against all their constitutional rights, in my opinion, and breaking people’s freedoms in ways that are horrible and wrong and not why people came to America or built this country. It’s an outrage.”

“Give people back their goddamn freedom,” he added.

Genius engineer, entrepreneur and space explorer, sure. Intellectual commentator on social mores, democracy, virology, epidemiology and freedom, not so much. It’s a bit like Mike Tyson giving Musk advice on the aerodynamics of his new truck.

The ignorance and inaccuracies in Musk’s comments lie not with his opinion on ending the stay-at-home orders; on that he may well be correct — although I will support the opinions of a virologist first. It is the ignorance and inaccuracies that imbue his comments and their modes of delivery that are disturbing. His misuse of the terms “fascist” and “undemocratic” is particularly galling, and his only defence is that he is not alone in their woeful misuse.

Increasingly, mostly by the left, the term “fascist” is being hurled at anyone who is even the slightest bit conservative. A fascist to a liberal is someone who wants sugar in their triple, venti, half-sweet, nonfat, caramel macchiato, or a person whose ideology is the culmination of conservative thinking: an authoritarian, a nationalist, a racist; or one of these, or part of them, or sometimes just a gun owner. This, of course, is not to say that conservatives have no use for the word. A Vox article from a couple of years ago stated that conservatives define fascism as “totalitarianism masquerading as the nanny state”.

Clearly fascism is none of these things and, surprisingly, it is not easy to define. In his book, Fascism, British political theorist Roger Griffin defines generic fascism as “palingenetic ultranationalism”, which is simply the idea that “fascism can be defined by its core myth, namely that of revolution to achieve a ‘national rebirth’ — palingenesis”. This is just one concept of fascism, yet all definitions place authoritarianism and nationalism at fascism’s core. If any nation knows the true nature of fascism, surely it is us?

Despite the complexity of the ideology, when we use the term, we are, more often than not, referring to the horrors that fell on Europe at the hands of Nazi Germany, or Benito Mussolini’s Black Shirts. And if this is how Musk intended to use the word, as reflecting the nature of the Nazi empire, then clearly he has grossly misunderstood history.

Musk’s comments can be seen in the same light as Caio Mussolini’s comments last year. Caio, great-grandson of Italian dictator Benito Mussolini, told reporters that: “You can’t define it [fascism] as good or bad” and that fascism was a “complicated, nuanced period.” Both Caio and Musk have removed the term “fascist” from the real horrors that this “complex, nuanced period” gave birth to — nothing hectic, just mass murder, ethnic cleansing, racism and domination.

Would any serious political commentator or historian describe the Holocaust as “complex and nuanced”? And this is where the real danger lies: it is clear that a modern use of the term has come to represent these horrors. If you use it to represent our mild annoyances with regulations that infringe on even the smallest of our liberties, we are downplaying the horrors of concentration camps past.

Of course, we could certainly argue from a historical perspective, that fascism’s unbreakable link to Nazism is the ideological problem and that fascism and Nazism are not synonymous, as highlighted in a New Republic article: “Mussolini, for example, doubted Hitler’s belief in a master, biological race, and hired Jews as advisors in his early leadership. Nazi Germany, meanwhile, never identified itself as fascist. It called itself ‘national socialist’, a distinct but related brand that incorporated fascist thought, but with both more agrarian and more explicitly racist aspects to its ideology.”

But, none of this really matters as it is clear that there is no real definition of “fascist” that would acceptably describe the US’s stay-at-home orders, especially when there is a good chance that Musk was using the term to describe the draconian, murdering and social stifling policies of 1930 and ’40s fascist Europe.

Similarly, and perhaps more easily countered, the orders are not undemocratic. As we know, the US is a representative democracy in which citizens elect representatives at all levels of government — local, state, and federal. These elected officials then, presumably for the good of their people, create and execute laws. Ensuring that rights aren’t infringed is in the Constitution.

Quite clearly, these orders are born from the bosom of democracy, and if there is a failure, it is not with the process being counter to democracy, but with democracy itself. We certainly don’t need to look past the US to see just how democracy has failed us.

As for giving people back their goddamn freedom, I challenge Musk to go and live in a totalitarian dictatorship such as North Korea (no Telsas there!) to understand what a lack of freedom truly is. Modern society absolutely needs to infringe on civil liberties from time to time to protect society as a whole. The level to which this occurs is usually dictated by a democratic process. The idea that Musk has amassed his personal wealth without infringing on the rights of others is laughable: the mere fact that he has this wealth is not only an infringement on the civil liberties of everyone, but makes a mockery of his beloved democratic institutions that protect gross wealth inequality.

As much as Musk wants to be seen as liberal (what better way than to smoke a joint with Joe Rogan) he is clearly a libertarian, and that is an ideology as dangerous as fascism. But then, perhaps he is realising this; during his Twitter meltdown, he promised to get rid of all his possessions. Musk seems to be living up to this promise by putting two of his properties up for sale, although I am not sure why. Yes, land ownership is theft, but if you are getting rid of all your possessions, why sell them? I guess we can really only judge when we see what he does with the money — he may just continue to fund the GOP and its few fascist followers.

Peter Townshend has been a journalist for the past 25 years, writing critical analysis for many of the country’s leading publications. In addition to writing, he has lectured journalism and media studies,... More by Peter Townshend