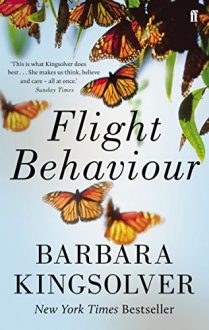 Most people don’t know what complex systems (the word ‘complex’ is important) are, despite the fact that everyone one is enmeshed in several such complex systems every minute of the day and night. One such complex system is language, which we use more or less all the time, except when we sleep, and even then, should we dream, we are enmeshed in another such system, that of the unconscious (which, according to Lacan’s famous dictum, is ‘structured like a language’). Urie Bronfenbrenner’s well-known ecological theory for human development encompasses complex human or social ecology, and shows how everything in (and ‘surrounding’) an individual’s life co-determines his or her relative well-being.

Another complex system from which we cannot escape is nature, or more broadly, the planetary ecosystem, which itself consists of numerous ecological subsystems. Most people have probably heard the saying (that goes more or less like this), ‘If a butterfly flaps its wings in China, it causes a hurricane in Brazil’. This saying is paradigmatic of the dynamics of complex systems; what it captures, is the interconnectedness of everything on planet Earth. If this sounds far-fetched, consider that signs of radioactive contamination of the sea after the Fukushima nuclear accident in Japan a few years ago were detected on the American coast sometime later. It is not only human trade and culture that are globalised; everything that happens on the planet, from such accidents to natural occurrences, have effects that reverberate around the globe.

The reason for this is that complex systems are characteristically ‘open’, instead of closed. As I learned years ago from my friend and complexity theorist, Paul Cilliers of Stellenbosch University — one of the most talented of South Africa’s philosophers until his untimely death not so long ago – one should distinguish between ‘complex’ and ‘complicated’ systems. A complicated system is something like the internal combustion engine of a motor car — it consists of many moving parts that work together ‘systematically’, so that if one breaks down, the operation of the machine as a whole would be negatively affected. But it does not change in relation to its environment by ‘adapting’ to (or being affected by) it when it changes; that’s what makes it a ‘closed’ system.

What makes complex systems special, is not only that they usually comprise numerous interrelated components, but that that they are ‘open’ in a double sense: first, they are open to the ‘influence’ of their environment, and secondly, every one of their component parts is open to changes in the system — that is, it is affected by such changes. So, for example, a social ecological subsystem such as a family (consisting of several individuals) is embedded in broader subsystems such as schools, urban, suburban or rural areas, which are (in their turn) situated in certain socio-economic contexts and specific kinds of culture. An individual in a family will be affected by all the differences and changes in the broader subsystems in which they live – this is easily understood.

All of these subsystems are embedded – as already intimated above – in the encompassing planetary ecosystem which we usually call ‘nature’, but can also be called the planetary bio-system if living beings are foregrounded (keeping in mind that these cannot be separated from inorganic nature’s chemical properties). All of what I have written so far is pretty dry (and to some probably boring). This is where the unusual novel alluded to in my title comes into the picture. With misleading simplicity, it is called Flight Behaviour (Faber and Faber, 2012), written by one of my preferred novelists, Barbara Kingsolver, also author of The Poisonwood Bible, which I have written about here before. Why misleading? Because both words, ‘flight’, and ‘behaviour’, like the visible tips of icebergs, hide a world of complex relations beneath or behind them.

On the one hand the title refers to the attempt, on the part of the main character, Dellarobia Turnbow, to ‘flee’ from her suffocating housewife-life on a failing farm with her husband, Cub, and two young children, Preston and Cordelia, despite her love for whom she still feels unsatisfied. The ‘behaviour’ indicates the way in which this ‘flight’ happens – a would-be assignation with a sexy telephone technician, in a hut on a forested mountain, which Dellarobia knows, with a certain ‘rapture’, would probably tear her and her family’s life apart, but does not really care, as she struggles up the mountainside dressed in the most inappropriate (because chosen for sex-appeal) clothes.

Only…the tryst does not happen, because of an exemplary enactment of Lacan’s dictum, ‘The letter always arrives at its destination’, meaning: under certain circumstances an event, or its linguistic interpretation, will seem as if it is addressed specifically to the person experiencing the event, for reasons of which they are unconscious at the time. In Dellarobia’s case this ‘reason’ (or cause) is guilt about what she is about to do, and she experiences the event, when it overpowers her, like a ‘Moses and the burning bush’ kind of happening.

The incomprehensible event – which addresses her as a transfixing ‘interpellation’ — assumes the guise of what seems like a forest being aflame in its entirety, ostensibly emitting undulating waves of orange ‘flames’, which has the effect on Dellarobia of inducing the firm belief that it is a kind of quasi-divine ‘message’ addressed specifically to her, to turn around, ditch the sexual assignation with the hunk, and go home, which is what she does.

When finally communicated to her domineering mother-in-law, Hester — who, together with other members of the family, is taken up the mountain to witness the phenomenon for herself — it unavoidably spreads from there to members of the local church, and Dellarobia is increasingly perceived as some kind of prophetess, who has ‘received grace’ (a predictable response on the part of relatively uninformed, excessively religious, to the point of being superstitious, people).

By this time Dellarobia (an unusually intelligent young woman, who was prevented from going to college by her shotgun wedding to Cub) has identified the ‘phenomenon’ as a prodigious number of butterflies — more than 15-million Monarchs, to be exact, as she finds out later from the leading American lepidopterist studying Monarchs, Dr Ovid Byron, who arrives there to study the situation in an effort to understand ‘what’s going on’. In fact, the Monarchs finding themselves where Dellarobia lives — in the Appalachian mountains of America in winter — is a huge anomaly; they ‘should’ not be there, so far away from the places between which they usually migrate – between warm Mexico, where they hibernate in winter, and cold Canada, to be exact, a distance of about 4000 kilometres, that they fly annually. This marks the second sense of the novel’s title, Flight Behaviour: the abnormal behaviour of the Monarch butterflies, whose arrival in the cold Appalachians, instead of the warm forests of Mexico, could entail their extinction – a possibility that gives Dr Byron, and Dellarobia (who gets to know, understand, and identify with him) sleepless nights.

Kingsolver has set this tale of two kinds of (abnormal) ‘flight behaviour’ in the context of the most consistently ignored – despite being increasingly evident – phenomenon of our time, namely climate change, dramatically weaving the fate of the butterflies together with that of Dellarobia, her children, husband, parents-in-law and extended community of Feathertown, and by implication, the rest all living beings in the world, which comprises precisely the kind of complex system I wrote about earlier.

In the process of compulsively reading this 600-page novel, written as only Barbara Kingsolver can, one discovers, in the course of a riveting narrative, the contrast between denialism, represented by the largely ignorant community, and informed, albeit revisable (because of the complexities involved) scientific knowledge, represented by Dr Byron and his entomological colleagues. The latter eventually include Dellarobia, whose life changes fundamentally because of her incremental involvement with the Monarchs and their fate.

I shall not spoil things for potential readers of this extremely important novel — Kingsolver combines thorough research with imaginative storytelling — by revealing more of the unravelling of the novel’s plot. Suffice it to say that, if parents or teachers want to employ outstanding literature to teach students about the implications and consequences of climate change (a ‘complex’ phenomenon), they should prescribe this novel. It will erase ignorance (like that of Donald Trump and Marco Rubio) in favour of openness to knowledge, which will, in turn, help one prepare for an uncertain future.

Translocal networks are an alternative approach to governance

They support governance change in communities and connect to share ideas and improve what they do — and they push for inclusion, equality, and justice