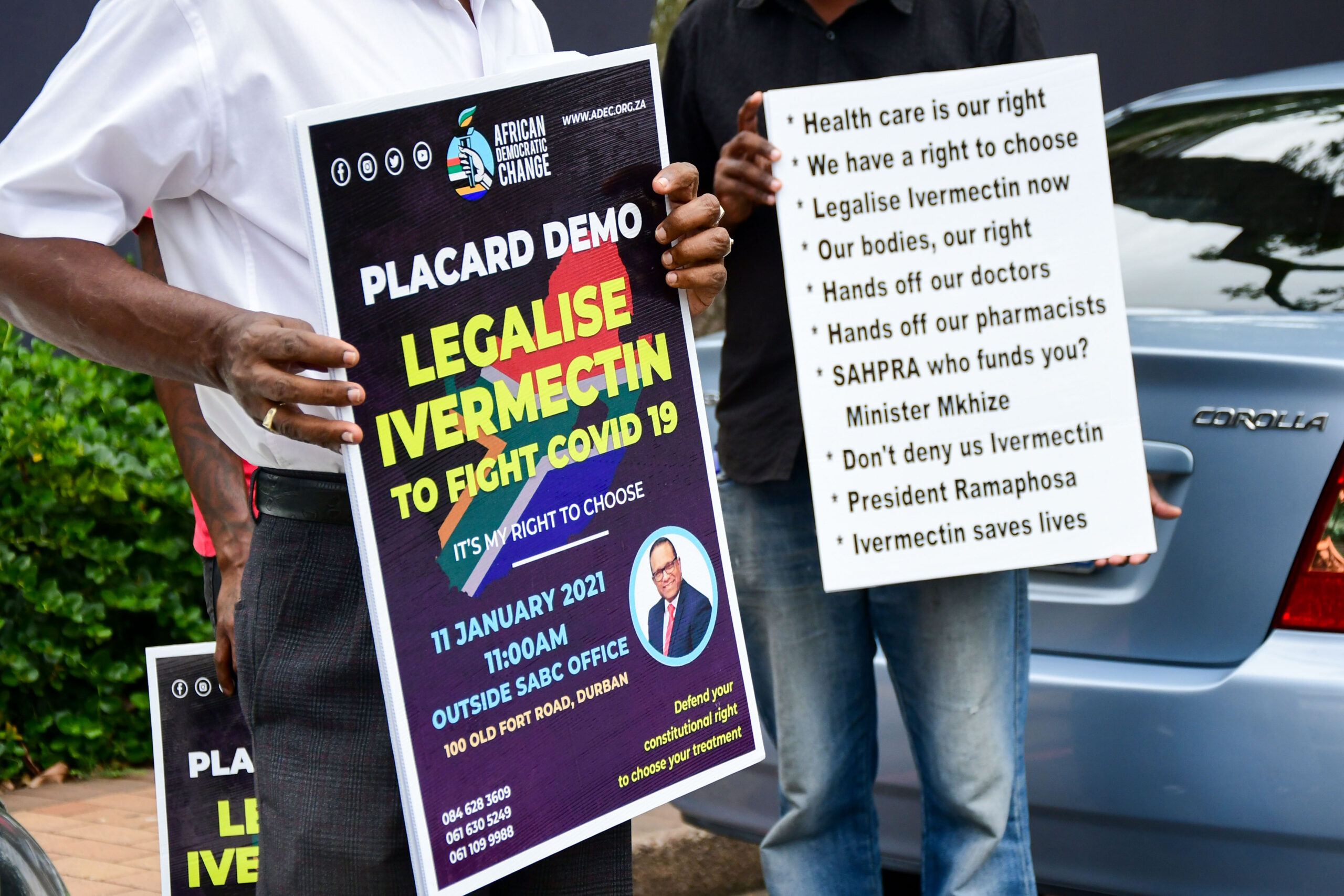 The case for Ivermectin

Something is rotten in the state of Denmark. I never thought I would witness something approximating George Orwell’s Nineteen Eighty-Four in my lifetime, after the end of the Second World War, which initially seemed to squash such a possibility. In America, during the Cold War, people in the US were largely cowed into silence by the unjust persecution of many for supposedly harbouring “communist” sympathies. The end of the McCarthy era seemed to preclude any future reign of what Orwell called the “thought police”. The thought police were there to police citizens’ (questioning, rebellious, forbidden) thoughts, lest these should pave the way for an insurrection against the state of Big Brother.

But Orwell knew better than most people, namely, that even in a democracy, totalitarianism could, or perhaps would, grow again, albeit in a hardly recognisable guise. I have written before about the work of courageous Harvard professor Shoshana Zuboff, specifically her unmasking of the subtle mechanisms of control and manipulation on social media sites such as Facebook and Google. Totalitarian or “instrumentarian” practices have been growing in the so-called democratic world for some time now. This merits sustained comparison with Orwell’s 1984, which I have done in the UKZN Journal Alternation.

Even before the advent of the current coronavirus pandemic, there were already indications of a concerted effort to manipulate people’s thoughts through sophisticated technical means. Perhaps, in this role, Facebook and Google could not be called “thought police”, but rather “thought manipulators”. However, there are increasing signs that, under present conditions, the thought police have made their re-appearance, this time not in the pages of a dystopian novel, but in social reality.

One is not “allowed” to utter any opinion that diverges from the official version of the current state of the pandemic (carried by the mainstream media), what medication is allowed, whether the vaccines that were developed at breakneck speed are safe, or on related matters, on pain of being censured by the state, and even by one’s supposed friends. Have people forgotten about freedom of speech? Or about the right to decide for yourself on what invasive operations to allow regarding one’s body?

Apart from the actions of the contemporary thought police, there is also outright dictatorial action on the part of state forces, not least so in South Africa, where the pandemic has emboldened government forces to enact ridiculous restrictions, such as not being allowed to go to the beach, while shopping centres are teeming with people.

And this is happening despite the Gauteng High Court having found, on 2 June 2020, that most of the lockdown regulations are unconstitutional. You can read the 34-page judgment too.

To the best of my knowledge, the SA government has simply ignored this judgement, but if you keep a printed (or an electronic) copy with you and you are arrested because you are walking on a beach, you can produce it and show the relevant officials that you are breaking no legitimate rules.

My guess is that people scare easily, and that, all over the world, the fear-mongering on the part of governments and health organisations has succeeded in cowing the vast majority of people into silence and submission. By and large, this seems to be true even of my fellow philosophers, who have apparently forgotten the paradigmatic example of Socrates, to reject the “gods of the city” (under present circumstances, this means governments, the WHO, the WEF, the American CDC and so on) and to think and act autonomously. Of course, this does not mean that, if one does agree with the state and other institutions, you should cut off your nose to spite your face. But – and it is a big but – when the state is patently wrong, or acting unjustly, one should speak out. If you don’t, totalitarian control gets incrementally worse.

A case in point is the Nobel Prize-winning antiparasitic medicine, Ivermectin. As far as I have been able to ascertain, the South African government has banned its importation and use to fight Covid-19, despite abundant evidence that it is highly effective in its prevention and cure. Western nations seem to be reluctant to validate Ivermectin’s efficacy, and this seems to be the case in SA too.

In India things appear to be different. In the Indian city of Lucknow the municipality has been distributing Ivermectin tablets free to citizens since August 2020. This article also refers to what is called “Australian triple therapy”, a combination of Ivermectin, doxycycline and zinc, known in Bangladesh as “the people’s medicine”. In Lucknow, again, doctors at the King George Medical University published a white paper on the merits of Ivermectin, in which they make the consensus statement: “Ivermectin in the dose of 12mg BD alone or in combination with other therapy for five to seven days may be considered as safe therapeutic option for mild moderate or severe cases of Covid-19 infection. It is cost-effective, especially when the other drugs are very costly and not easily available.”

This is what a rational approach to the question of alternatives to the much-touted vaccines should look like. Particularly in poorer countries, such medication should be welcomed and distributed among people. Ivermectin is said to be highly effective as a prophylactic as well as a treatment for patients with Covid-19.

And yet, even when a doctor with ample experience of its preventative and curative properties gives evidence to this effect at a US Senate hearing – calling Ivermectin a “miraculous” drug – the Centers for Disease Control and Prevention in that country has to date refused to validate it. Why, when Dr Pierre Kory testifies before this Senate committee in a manner that is clearly based on his and his medical colleagues’ experience of treating both healthy people and Covid-19 patients with Ivermectin, is the drug still not validated as being highly effective?

As you will hear from Dr Kory, 800 healthcare workers in Argentina were given Ivermectin as a prophylactic, and none of them were subsequently taken ill with the virus, whereas of the 400 who were not given Ivermectin, 58% were infected and got ill. In his words, “If you take it [Ivermectin], you will not get sick.”

That is more than can be said of the hastily developed vaccines, which have reportedly caused the death of some recipients. Moreover, note at the beginning of Kory’s testimony, how he takes exception to the Senate member who described his appearance before the committee as “political” – obviously in an attempt to discredit his impending testimony even before it is rendered.

In our country, Veronica Ncube of activist organisation AMSA has circulated a video in which she accuses government of opposing the distribution of Ivermectin on dubious grounds, which implicate the government in spurious financial deals or “kickbacks” (presumably involving pharmaceutical companies that promote Covid-19 vaccines, and don’t want competition from Ivermectin). Is this a “rational” approach by the ANC, like that in India? Decidedly not, I would say.

Given that the vaccines are in the strict sense still experimental (because all the normal clinical trial stages were not adhered to, given the urgency of the situation), then it seems downright irrational to promote the vaccines and not Ivermectin, given the latter’s easy availability as a proven treatment of Covid-19.

Healthcare professionals have sent an open letter to President Cyril Ramaphosa to “set up an urgent special council to conduct a rapid review of the antiparasitic drug Ivermectin”, with a view to making it available for treating Covid-19.

It is necessary to make a rational decision about Ivermectin’s availability in South Africa.