In the Preface to Gilles Deleuze and Félix Guattari’s major work, Anti-Oedipus: Capitalism and Schizophrenia (University of Minnesota Press, 1983, p. xii) Michel Foucault — another formidable post-structuralist thinker — makes the following observation in his brilliant characterisation of the book, where he lists the hostile forces targeted by Deleuze and Guattari: 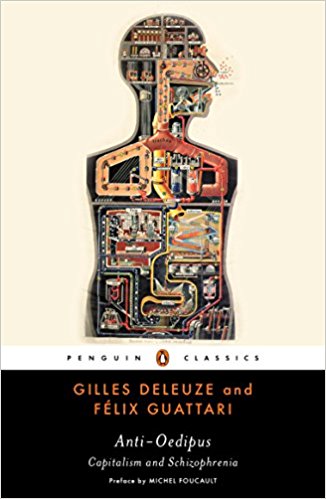 Last but not least, the major enemy, the strategic adversary is fascism (whereas Anti-Oedipus’ opposition to the others is more of a tactical engagement). And not only historical fascism, the fascism of Hitler and Mussolini — which was able to mobilize and use the desire of the masses so effectively — but also the fascism in us all, in our heads and in our everyday behavior, the fascism that causes us to love power, to desire the very thing that dominates and exploits us. I would say that Anti-Oedipus (may its authors forgive me) is a book of ethics, the first book of ethics to be written in France in quite a long time (perhaps that explains why its success was not limited to a particular ‘readership’: being anti-oedipal has become a life style, a way of thinking and living). How does one keep from being fascist, even (especially) when one believes oneself to be a revolutionary militant? How do we rid our speech and our acts, our hearts and our pleasures, of fascism? How do we ferret out the fascism that is ingrained in our behavior?

This is a telling remark on fascism, which one usually associates with the growth of ultra-nationalism on the far right of the political spectrum, under a ‘charismatic’ leader, but which Foucault, in inimitable fashion, brings right down to the individual subject, as a kind of ‘individual quasi-transcendental’, which means: that which is in every subject, and which is the condition of the possibility (AND the impossibility) of fascism, namely our susceptibility to the allure of (the promise of) power. Without that in us which ‘loves power’, fascism could never occur at various group levels, whether in a family, a company, a school (remember the film, Pump up the Volume?) or at state-wide level.

And once it has occurred, it is our own reflexively critical awareness of this latent tendency to desire power, either directly or vicariously – through a political ‘leader’, for example — that can become the most ‘powerful’ source, paradoxically, of opposing, and ending, fascist rule (this is the ‘impossibility’ part of the ‘quasi-transcendental’). In passing, I should note that Deleuze and Guattari provide wonderful insights into ways of combatting the fascism that is always latent in every one of us – what they call ‘schizo-analysis’ is just one of them.

There are many different routes towards fascism becoming entrenched at different levels, the most encompassing one being the global one, where neoliberalism arguably tends towards a kind of ‘economic fascism’ today (think of ‘brand [or corporate] loyalty’ as the counterpart of ‘fascist nationalism’, for instance). But here I would like to focus on the manifestation of fascism in the most unlikely of places (at first blush, at least), namely the United States under Donald Trump. 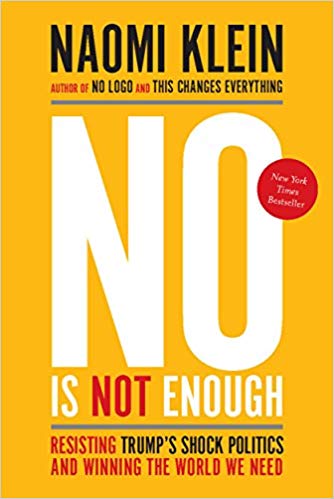 In her latest (very important) book, No Is Not Enough: Resisting Trump’s Shock Politics and Winning the World We Need (Penguin Books, 2017, Kindle edition), Canadian activist-writer Naomi Klein writes something that resonates audibly with Foucault’s perspicacious insight concerning fascism, above. Having performed a stellar analysis and interpretation of the reasons for, and consequences of, the rise of Donald Trump in the book, she writes in the conclusion (2017: location 3494-3502):

For me, and this may sound a bit strange, Trump’s rise has also prompted a more internal kind of challenge: it has made me determined to kill my inner Trump. We have already seen that the new regime in Washington has led a great many people to try to understand and overcome our own latent biases and prejudices, the ones that have kept us divided in the past. This internal work is crucial as we come together in resistance and transformation.

There are some other, often-overlooked ways that many of us can do more to confront our inner Trump – something, anything, that’s just a little bit Trump-ish in our habits…Maybe it’s the part whose attention span is fracturing into 140 characters, and that is prone to confusing ‘followers’ with friends. Maybe it’s the part that has learned to see ourselves as brands in the marketplace rather than as people in communities. Or the part that sees other people doing similar work not as potential allies in a struggle that will need all our talents, but as rival products competing for scarce market share.

In all the instances that she mentions, one can discern the craving for power (in other words, the fascism that Foucault referred to) operating – even in relation to people with whom one has a lot in common, but who are seen as ‘competitors’ instead of allies. Needless to stress, this plays right into the hands of neoliberalism, whose underpinning anthropology is one that depicts people as irrevocably competing for scarce resources, instead of being potential, if not actual, allies with whom to cooperate instead. But then, even the meaning of ‘allies’ has been viciously transmogrified by Trump, who embodies the worst of the neoliberal regime. Or, in Klein’s words (2017: 273): “…Trump is the logical culmination of the current neoliberal system…”, simultaneously reminding us that “…the current neoliberal system is not the only logical culmination of the human story”.

Klein’s use of the term ‘culmination’ in relation to Trump is important here. She clarifies her choice of the word, instead of resorting to the usual term, ‘shock’, to capture what Trump represents, as follows (2017: location 3466):

A state of shock is produced when a story is ruptured, when we have no idea what’s going on. But in so many ways explored in these pages, Trump is not a rupture at all, but rather the culmination – the logical end point – of a great many dangerous stories our culture has been telling for a very long time. That greed is good. That the market rules. That money is what matters in life. That white men are better than the rest. That the natural world is there for us to pillage. That the vulnerable deserve their fate and the one percent deserve their golden towers. That anything public or commonly held is sinister and not worth protecting. That we are surrounded by danger and should only look after our own. That there is no alternative to any of this.

“Given these stories are, for many of us, part of the very air we breathe, Trump really shouldn’t come as a shock. A billionaire president who boasts he can grab women by their genitals while calling Mexicans ‘rapists’ and jeering at the disabled is the logical expression of a culture that grants indecent levels of impunity to the ultrarich, that is consumed with winner-take-all competition, and that is grounded in dominance-based logic at every level. We should have been expecting him.

But if Trump represents the re-emergence of fascism — as I am arguing here — it is a very different sort of fascism to anything the world has seen before. Sure — he endlessly touts American nationalism (even if it is now a nation divided against itself); he is perceived as being charismatic (by his supposed ‘base’ – an apt word in this context); and he represents the far right of the political spectrum (even if, unlike the recently deceased John McCain, who also professed an attachment to conservative values, Trump does not appear to hold anything valuable, except himself, narcissistically, and money). Trump’s fascism — specifically in the Foucaultian sense of a commitment to exercising power by hook or by crook — is therefore intimately bound up with personal narcissism and the reductive nihilism that attends neoliberal capitalism, where everything is measured in terms of financial profit. Trump therefore instantiates values we should reject forcibly, namely (Klein 2017: location 3484):

The values that have been sold to us through reality TV, get-rich-quick books, billionaire saviors, philanthrocapitalists. The same values that have been playing out in destroyed safety nets, exploding prison numbers, normalized rape culture, democracy-destroying trade deals, rising seas and privatized disaster response, and in a world of Green Zones and Red Zones.

In a nutshell, Klein’s message is that those people who (like Klein and Foucault), reject these caricatures of values, should not simply reject Trump’s neo-fascism, but start combining efforts to bring about a better world than Trump’s – a world where cultural, racial and gender differences are accepted, where nature is cherished, where the weak are protected and where a country’s economy is not a weapon against the poor, but a source of their sustenance.