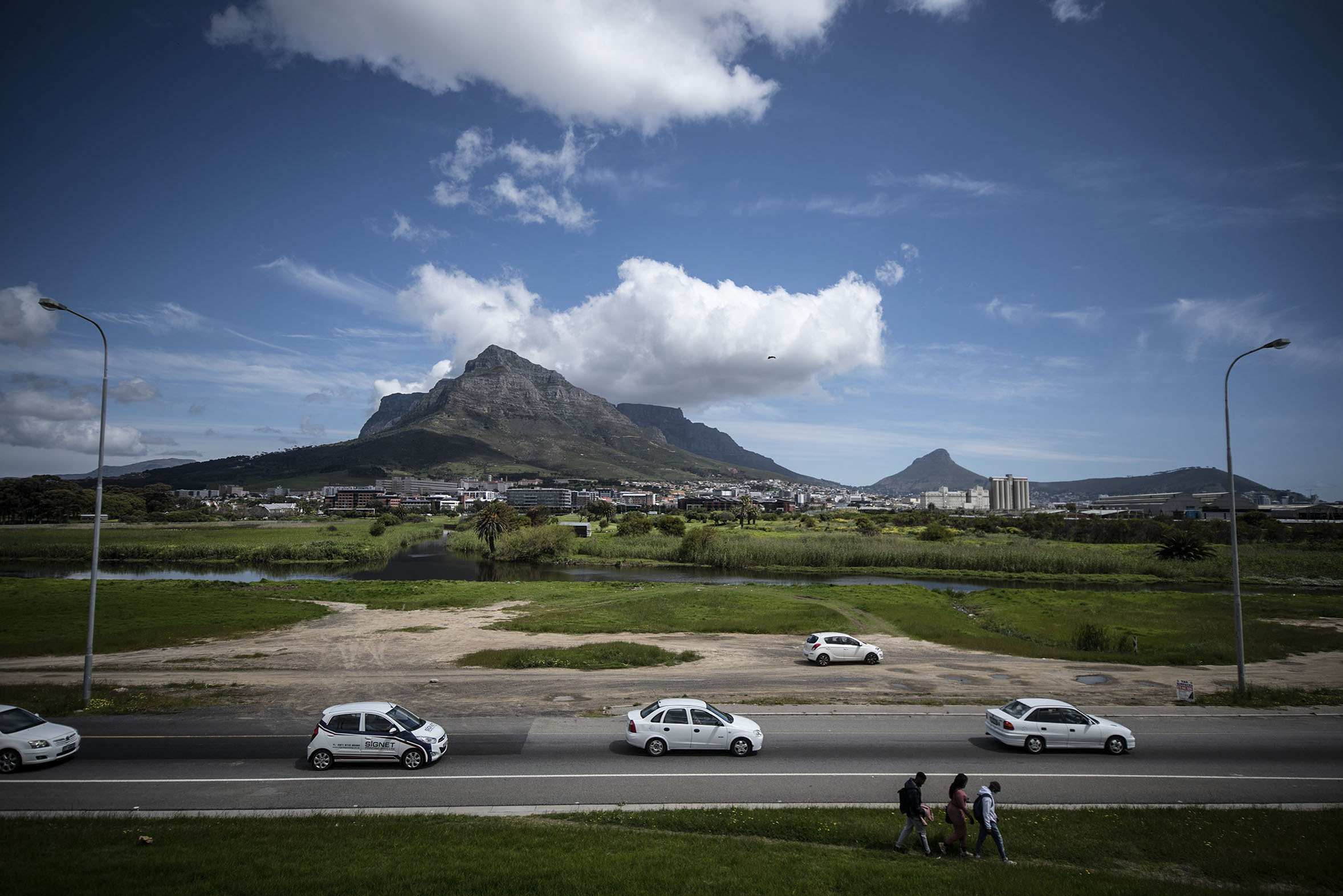 In understanding the intensity of the moment in time that we are all gripped with and how art, memory activism and cultural praxis help us navigate confounding conditions to produce resilience, it is sometimes necessary to draw on inspirational figures who, through words or actions, have offered their fellow humans hope in the face of what could be an abyss.

One such inspirational figure is Chilean poet Pablo Neruda, who captured the purgatory of unprocessed pain and the need to reconcile taking action, pursuing agency, despite the paralysis brought on by what could be the enormity of the task.

In his poem There Is No Clear Light, Neruda writes: “Yesterday’s hours, stitched by life threaded on a bloodstained needle between decisions endlessly unfulfilled …”

Indeed, the First Nations of South Africa are still in a period where decisions are endlessly unfulfilled — there is growing disillusionment that local or international state or official institutions can be trusted to right historical wrongs; to shift unjust paradigms. This leaves social justice movements either gridlocked in bureaucratic official processes, or pursuing cultural agency to effect an objective.

This type of action is required because there is an urgency related to the vanishing of critical heritage landmarks, removed from the narrative of our contemporary world by discriminatory cultural, political, social and economic frameworks driven by mercenary ideologies that damn the narratives and cultural belongings of foundational indigenous peoples to invisibility or evisceration.

There is, without doubt, a brazen assault worldwide, and pertinently here in South Africa, on the quest of foundational peoples to be respected, to be recognised, restituted and restored to their rightful place in society. The negotiations process in the 1990s excised the dispossession, disenfranchisement and historical trauma of Khoi and San descendants from the final agreement upon which the new South African state was constructed.

It was the correction of this deep injustice that underwrote the collective position unanimously adopted by more than 300 leaders of South Africa’s indigenous Khoi and San peoples from all across the country when they gathered on February 28 2010, in the main hall at Oude Molen, under full cultural protocol and ceremony.

This event was to mark the quincentennial (500 years) of the Battle of Gorinhaiqua, the group who led the battle in which the feared Portuguese militarist Francisco de Almeida and his assault troops were defeated at Salt River, in the most successful anti-colonial battle in our country.

The gathering at Oude Molen called into existence Die KhoiSan Noodsein or the KhoiSan Emergency Action Committee which organised a march in September 2010 of almost 20 000  Khoi and San descendants, who marched from numerous points across the CBD, culminating in a mass rally in front of Parliament.

What is significant about these events, captured for posterity on film, in pictures and in print is that numerous demands were made to the South African government and all related local and international institutions over a long period of time.

Deeply embedded in the core demands by indigenous leaders and cultural activists was that central to the cause of recognition, restitution and restoration of Khoi and San descendants is the clarion call that sentinel heritage points be properly protected, made accessible to descendants of the foundational peoples, authentically manifest the narratives and events with which the sites are associated and are integrated into the contemporary cultural life of the first nation descendants and the broader society within which they exist.

My contention is that discovery and exercise of cultural agency is a necessary condition for self-determination, a universally held principle that is premised on sovereignty, people acting in their own interests. This “taking of agency” and refusal to be railroaded in a bureaucratic process, is what drove the First Nations Collective to directly contact the legal owner of the River Club, which is located on territory significant to Cape Peninsula Khoi and San peoples, particularly the Gorinhaiqua, who were the historical custodians of the area.

The collective, which is organic and growing, currently comprises the Gorinhaiqua Cultural Council, the Gorachoqua Tribal Council, two Cochoqua councils, the Griqua Royal House, the National and the Western Cape Khoi and San Councils, the Overberg Heritage Council, the KhoiSan Labour Forum and the Foundation Nation Restoration. It is evolving every day, with an impressive list of structures.

Included among our ranks are the vast majority of the resurgent Khoi and San leaders and structures in the Western Cape that have actually, over the past three decades and more, been at the very coalface of the struggle for recognition, restitution and restoration of our people.

This direct contact with the developer, based on indigenous cultural agency, has produced a more appropriate development proposal that includes world-class facilities where the First Nations will be empowered to permanently collate and curate our heritage, meaningfully practice our craft and culture and tell our own stories while also training our own people.

Through this project our voice will have a platform to find resonance across South Africa — and with indigenous communities across the world.

The significance of this area and the adjoining Oude Molen site, has been the subject of intense engagement between ourselves and numerous senior state officials for decades.

All our efforts in this regard have fallen on deaf ears and we have been subjected to ridicule or bludgeoned with the arrogant silence of invisibility, which means being treated as never having spoken and not worthy of being heard.

It is with the knowledge of being trivialised that we elected to directly approach Jody Aufrichtig on the redevelopment proposal.

What we have discovered during this engagement process is that the developer has been open and empathetic to our concerns, which were placed on the table in a frank exchange of views.

We believe that the developer has grasped the intense pain that has been associated with the bludgeoning of our narrative. As such, this developer, unlike any other government, corporate, or social entities with which we have engaged, has made a firm commitment to ensure that the footprint of the Khoi and San’s history of resistance, and its modern-day resurgence, is incorporated into the development plan.

The developer has committed to allocate an area in the centre of this development, which is of great cultural significance to us, for the building of a heritage centre, a functional indigenous garden and cultural praxis site and a world-first international indigenous media and communication centre and an amphitheatre from which the best of Khoi and San art, culture and music can be showcased.

The developer has also committed to cleaning up and indigenising the ecology of the area and to ensuring that the spiritual and cultural symbols of the Khoi and the San finds resonance within the proposed development plan.

We are aware that there will be detractors, including those who believe that indigenous people stand diametrically opposed to development, relegated to an anthropoid fetishised state where they roam perpetually in antiquity without the tools to navigate the modern world.

We were dismayed by the final comments of Heritage Western Cape (HWC) on the proposed redevelopment because they appear to have completely ignored how this project would preserve and celebrate the relevant First Nations heritage, rehabilitate and indigenise the local ecology while providing thousands of jobs which will benefit thousands of unemployed first nation descendants who have been marginalised by discriminatory labour practices.

Our position is that indigenous people are not the perpetual children that the colonist and colonial mentality would have us be. On the contrary, it is our view that such paternalistic notions must by themselves be put to the sword.

Working with the developers seizes victory from the jaws of defeat, prevents perpetual dithering and provides a strong launch pad from which other, more intense struggles for self determination can be fought. Through this action, the long fight for recognition, restitution and restoration is given a space, from which generational trauma can be healed through resilient and sustainable cultural and heritage praxis, authoring a song of hope in the valley of despair.