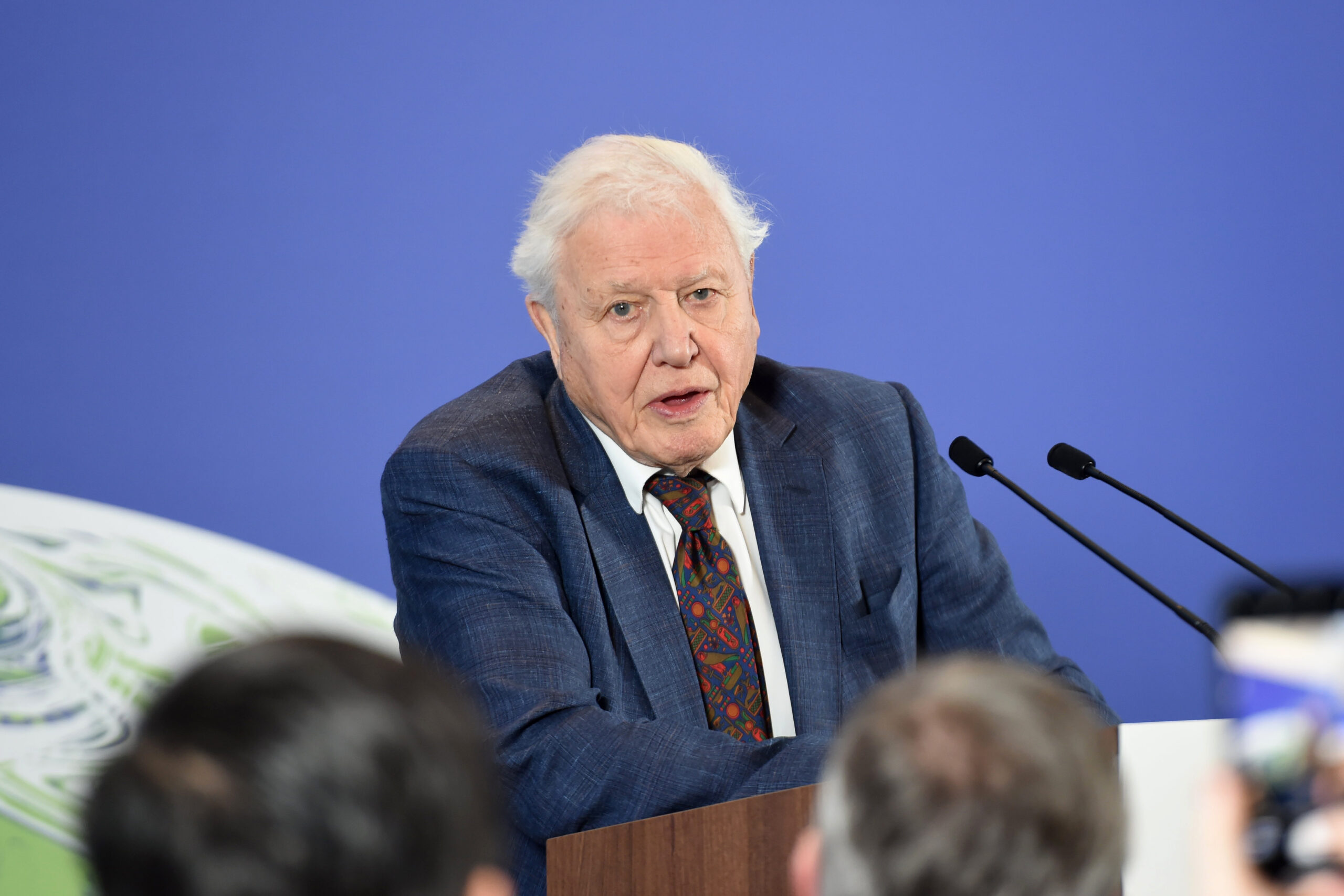 David Attenborough is probably one of the best-known British citizens in the world because of his    prolific output of nature documentaries that have served as a gateway to the richness and variety of natural species for millions of people worldwide. It is therefore no surprise that, at the age of 93, he has yet again come up with a riveting cinematic work – A Life on our Planet  — but this time with an important difference.

The release of the film in September 2020 was followed by the publication of a “companion book”  similarly titled A Life on our Planet – My Witness Statement and Vision for the Future, by Attenborough and Jonnie Hughes, which Attenborough describes as follows: ”… It is the story of how we came to make this, our greatest mistake – and how, if we act now, we can yet put it right. We have one final chance to create the perfect home for ourselves and restore the wonderful world we inherited.”

In his more than 100 documentaries he seldom, if only cursorily, expresses criticism on how short-sighted humans have been in their relation with nature. Now he is explicit, and outspoken in his (arguably overdue) criticism, with no punches pulled. Hence his phrase, “our greatest mistake”. What does this amount to (as if it is necessary to spell it out)?

Instead of adopting a live-and-let-live attitude towards nature in all her plenitude, humans have exploited her resources and destroyed the habitat and the lives of our fellow animals and other living beings indiscriminately — for that is what we are: animals, albeit different from others, and no amount of religiously inspired justification of our destructive practices can change our unexceptional biological status. If we were really as elevated above other living beings as some people claim (on ideological grounds), we would have pursued our economic and technological goals in a manner that minimised injury to other species. Instead we have maximised it.

The tell-tale cinematic frame that Attenborough employs in the film makes this abundantly clear. The film opens on a scene where he is walking through a ruined building in the ghost city of Pripyat in present-day Ukraine — windows shattered, paint peeled off, walls crumbling; eventually he turns to the camera and informs us that he is at the (proximate) scene of one of humanity’s huge historical-technological blunders, that occurred in 1986: Chernobyl.

Having recounted the incidents surrounding the Chernobyl number four nuclear reactor “melting down” and exploding (because of negligence and bad planning on the part of its staff) — with disastrous consequences for the local community — Attenborough extrapolates this event to the world at large with powerful effect. This nuclear disaster was largely confined to one place and its surrounds (although its radioactive contamination effects were felt far from there, in Belarus and parts of Western Europe), but the unfolding disaster of today, he tells his audience, is global in its reach.

There are so many millions of people in denial about this “disaster” — catastrophe, in fact — that they would probably not know that what Attenborough is talking about is the encompassing ecological crisis. And no one on Earth can escape its accumulating manifestations.

From the film footage of Attenborough’s early forays into the wilderness it is abundantly clear how much he loves nature and its creatures, particularly where one witnesses him carrying animals such as chimpanzees with great delight. He is someone who knows nature’s cornucopia of living creatures better than the vast majority of other humans.

It is therefore understandable that he is extremely worried about what he sees as the next great extinction event — the sixth — which may already have started. But, whereas previous mass-extinction events were separated by millennia, the one we are facing today is the result of a few centuries of human activity on Earth — to be more precise, economic activities dating back to the start of the historical industrial revolution in the 18th century.

Contrary to most discussions of the eco-crisis, Attenborough does not focus exclusively on the deleterious environmental effects of climate change, but biodiversity as well. His discussion of this flows easily out of his autobiographical account of the places — and indeed the huge variety of flora and fauna — he has visited in his long career as a natural historian and filmmaker for the BBC. These places cover virtually the entire planet, ranging from the vast African plains of Serengeti, in Northern Tanzania — which is home to a large number of bird and mammal species, and provides the expansive grazing areas without which the herbivorous mammals could not do — to Australia, the Amazon rainforests in South America, the Arctic and Antarctica. Even Southern Africa is no unknown entity to Attenborough, as he has done plenty of filming here.

The signs that nature, including us humans, is in trouble, are everywhere to see. From the depletion of rainforests — the “lungs” of the planet — to make way for vast plantations of palm trees for harvesting palm oil, or for farming with cattle, to clear signs of the melting of the ice caps in the polar regions, we witness a planet that has undergone vast, detrimental changes in just over a century.

Most people who live in cities never witness this first-hand, and are therefore dependent on news sources and documentaries like this one to inform them of the dire planetary situation in which we find ourselves. What they do witness first-hand in many of the most densely populated cities in the world are the intolerable levels of pollution – some of which is graphically shown in the film. This, added to the almost incomprehensible quantities of plastic clogging up rivers and marring beaches, should already be a loud and clear signal that something is very seriously wrong, and everyone should start doing their share to combat the further deterioration of the situation.

A concrete manifestation of this are the periodic indications, as the film narrative unfolds, of the atmospheric carbon, the world population and the total wilderness area on the planet, from the time when Attenborough started working for the BBC until more or less today, and it is (to say the least), extremely alarming.

‘Still time’ to regain our planet

For most of us, being presented with such a stark, grim picture of the present state of the planet is somehow paralysing: what, after all, can a mere individual do to alleviate this dread-inducing planetary condition? Attenborough, however, is not that easily cowed into passive resignation. He believes that there is “still time” (a phrase which should itself set off alarm bells) to regain the wonderful, plentiful planet that we have squandered through our own myopic economic activities. In fact, he claims that the solution to our self-induced dilemma has been right there, in front of us, all along. So, what should we do?

Focus on what humanity has obliterated, and restore it — most importantly, biodiversity. How should we do it? Attenborough has several intriguing suggestions, some of them bound to be controversial, but no less significant because of that, for instance that humans reduce, if not eliminate, their meat-eating habits in favour of a plant-based diet, so that land be made available for, inter alia, reforestation. (Another film on Netflix What the Health addresses precisely this issue of meat versus plant-based diets, with rather shocking news about the effects of meat on our health.)

Another controversial suggestion is that the rapid human population growth be stabilised by providing universal healthcare, removing poverty and — significantly — improving girls’ education. Large coastal areas should be protected to allow fish to reproduce, and renewable (solar, wind, geothermal) energy should replace fossil fuels urgently. Attenborough demonstrates that it is possible to achieve the goal of restoring biodiversity – which simultaneously addresses climate change — by discussing successful examples where it has already been done, such as Palau and Costa Rica.

The question is: do world leaders have the political will to follow Attenborough’s sound advice, and soon?

Published in Environment and General