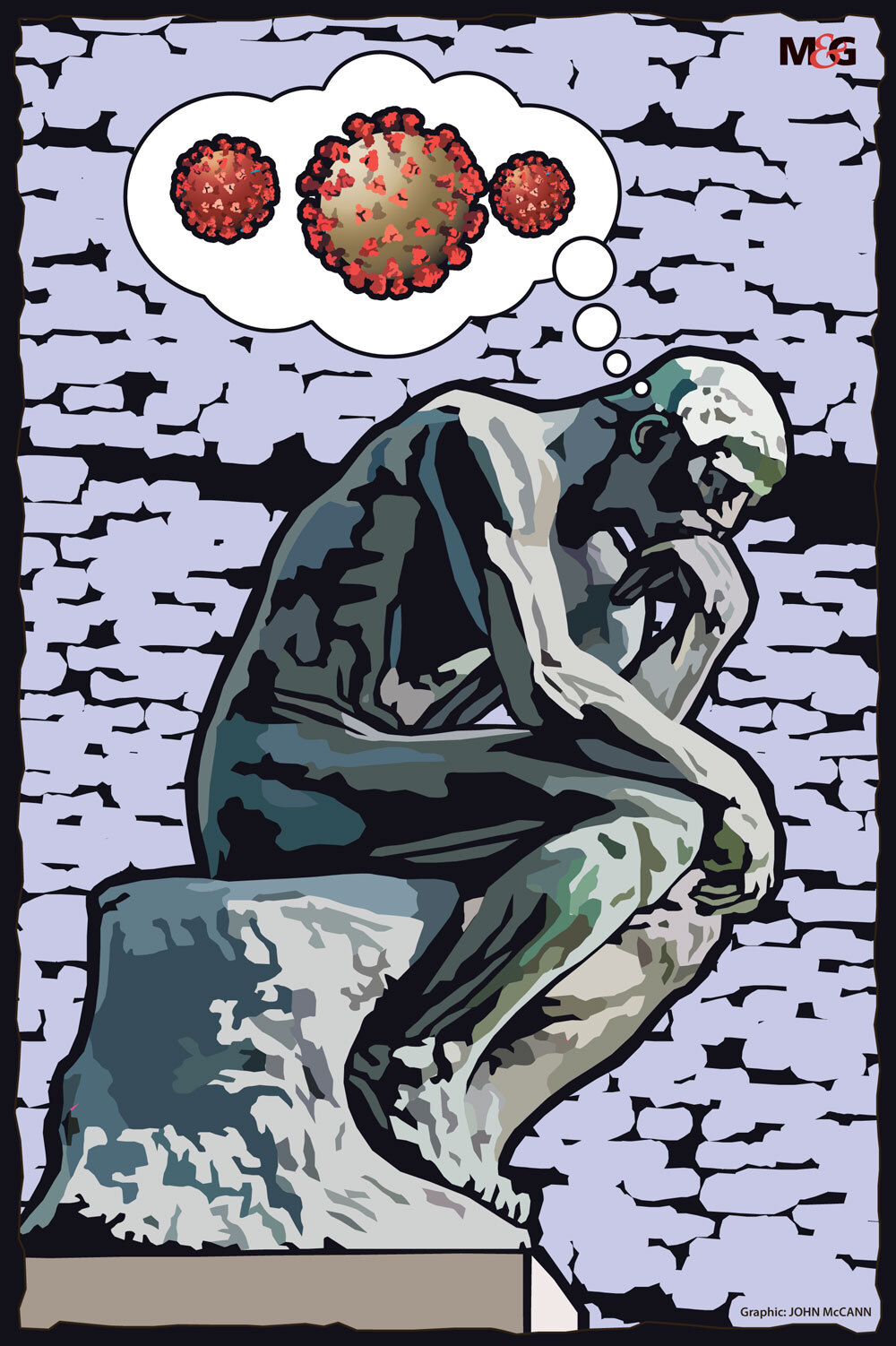 Is the push for the vaccine a push too far?

We are witnessing what could be a deciding moment in the history of humankind. An ever-widening split is opening up between those people who blindly follow what their increasingly authoritarian governments tell them to do, on the one hand, and those who, cognisant of the fact that governments, like all human institutions, are prone to failure of judgment, avail themselves of their constitutionally enshrined right to decide for themselves what to do in the face of an illness called a pandemic.

Because I count myself unapologetically among those people who look for answers to problems by themselves, and decide for themselves, what the best course of action is – an independence of thinking and action that may lead to someone asking whether one has “Q-sympathies”, incongruous as it may seem – I was recently delighted to come across the Declaration of Canadian Physicians for Science and Truth, which confirmed that some medical doctors in the world still have the integrity to stand up to politically motivated coercion in the name of science.

The declaration by about 10 000 Canadian doctors states that on 30 April  2021, Ontario’s physician licensing body, the College of Physicians and Surgeons of Ontario (CPSO), issued a statement forbidding physicians from questioning or debating any or all of the official measures imposed in response to Covid-19.

“The CPSO then went on to threaten physicians with punishment – investigations and disciplinary action. We regard this recent statement of the CPSO to be unethical, anti-science and deeply disturbing,” their declaration reads.

The doctors object to what they say is tantamount to forcing them to put aside scientific methods and avoid debate around contentious issues such as lockdown measures as discussed in the Great Barrington Declaration.

The doctors also accuse the CPSO of limiting free speech and not fully informing patients and the public of the “risks, benefits and any alternatives to the treatment or intervention” of the virus, before getting their consent.

They go so far as to say that the vaccine roll-outs go against the Nuremberg Code which forbade any medical experiments similar to those conducted by the Nazis in concentration camps and point out that lockdowns have imposed their own suffering on society with an increase in depresssion and suicide, delayed investigation and treatment of cancer, ballooning surgical waiting lists and increased rates of child and domestic abuse.

“We also give notice to other Canadian and international licensing authorities for physicians and allied professions that the stifling of scientific inquiry and any order to violate our conscience and professional pledge to our patients, itself may constitute a crime against humanity.”

These doctors are right to prioritise the question of scientific method in the present context. Anyone familiar with the history and methods of science – as I am; I taught the philosophy of science for many years – will know that, instead of scientists agreeing about everything every step of the way, there is constant debate among them about hypotheses put forward about phenomena in the scientific field concerned.

An interesting historical example is the hypothesis, put forward by Johann Becher in the 17th century, that all combustible or flammable bodies contained a substance, phlogiston, that was set free during burning. It was postulated to account for weight-increase in some chemical processes. In the light of further work and experimentation by other scientists such as Lavoisier, this hypothesis was eventually abandoned, but nevertheless led to the discovery of oxygen and the process of oxidation.

As the Canadian doctors point out, advances in science occur when official narratives are questioned and independent paths are pursued – if this were not the case, we would still be adhering to the Ptolemaic astronomical geocentrism today, which was questioned by Copernicus on mathematical (not observational) grounds, and we would still believe in the instantaneous “creatio ex nihilo” of the universe by God (some people still do), instead of current cosmogonic theories such as “the Big Bang” or its cyclical counterpart.

The reason I am stressing this is precisely because, given the politicisation of the pandemic, people (including scientists) are asked to believe what the officially sanctioned narrative dictates regarding lockdowns (as the doctors point out), for example. One might add Covid-19 vaccines (one of the most taboo subjects, ironically, given that it should be the most vigorously discussed), which were developed at breakneck speed, contrary to all previous scientific protocols, eschewing the normal, time-consuming and painstaking animal and human testing to ensure their safety. This makes them “experimental vaccines”, of course, with all the vaccinated people in the world effectively taking part in ongoing clinical trials.

Moreover, there are many instances of medical experts issuing warnings regarding the vaccines’ lack of safety, for example these 160 medical doctors*, as well as these 57 leading scientists and doctors.

It will be noticed that this information appears on “alternative” websites, and the reason is obvious – many mainstream websites censor any viewpoints that challenge the official narrative – which is totally unscientific.

Here is the abstract of the article by the 57 scientists referred to above (note the scientific language, and their call for dialogue):

“Since the start of the Covid-19 outbreak, the race for testing new platforms designed to confer immunity against SARS-CoV-2, has been rampant and unprecedented, leading to emergency authorisation of various vaccines. Despite progress on early multidrug therapy for Covid-19 patients, the current mandate is to immunise the world population as quickly as possible. The lack of thorough testing in animals prior to clinical trials, and authorisation based on safety data generated during trials that lasted less than 3.5 months, raise questions regarding the safety of these vaccines.

“Given the high rate of occurrence of adverse effects, and the wide range of types of adverse effects that have been reported to date, as well as the potential for vaccine-driven disease enhancement, Th2-immunopathology, autoimmunity, and immune evasion, there is a need for a better understanding of the benefits and risks of mass vaccination, particularly in the groups that were excluded in the clinical trials.

“Despite calls for caution, the risks of SARS-CoV-2 vaccination have been minimised or ignored by health organisations and government authorities. We appeal to the need for a pluralistic dialogue in the context of health policies, emphasising critical questions that require urgent answers if we wish to avoid a global erosion of public confidence in science and public health.”

To conclude: opinions will continue to diverge on this very contentious topic; however, to be able to arrive at some kind of consensus, the kind of censorship of some doctors’ views that is carried out by many mainstream media is not helpful — for instance those of internationally renowned Dr Peter McCullough (which have been removed from YouTube).

Rather, as the Canadian doctors’ statement insists, it is only if all questions concerning Covid-19 were to be pursued in a dialogically open, scientifically responsible manner, that there would be any chance of reaching agreement on the most vexing of these issues.

* Editor’s note: A number of claims by the World Doctors Alliance claims have been disproven by the  Poynter Institute, NewsWise and HealthFeedback.