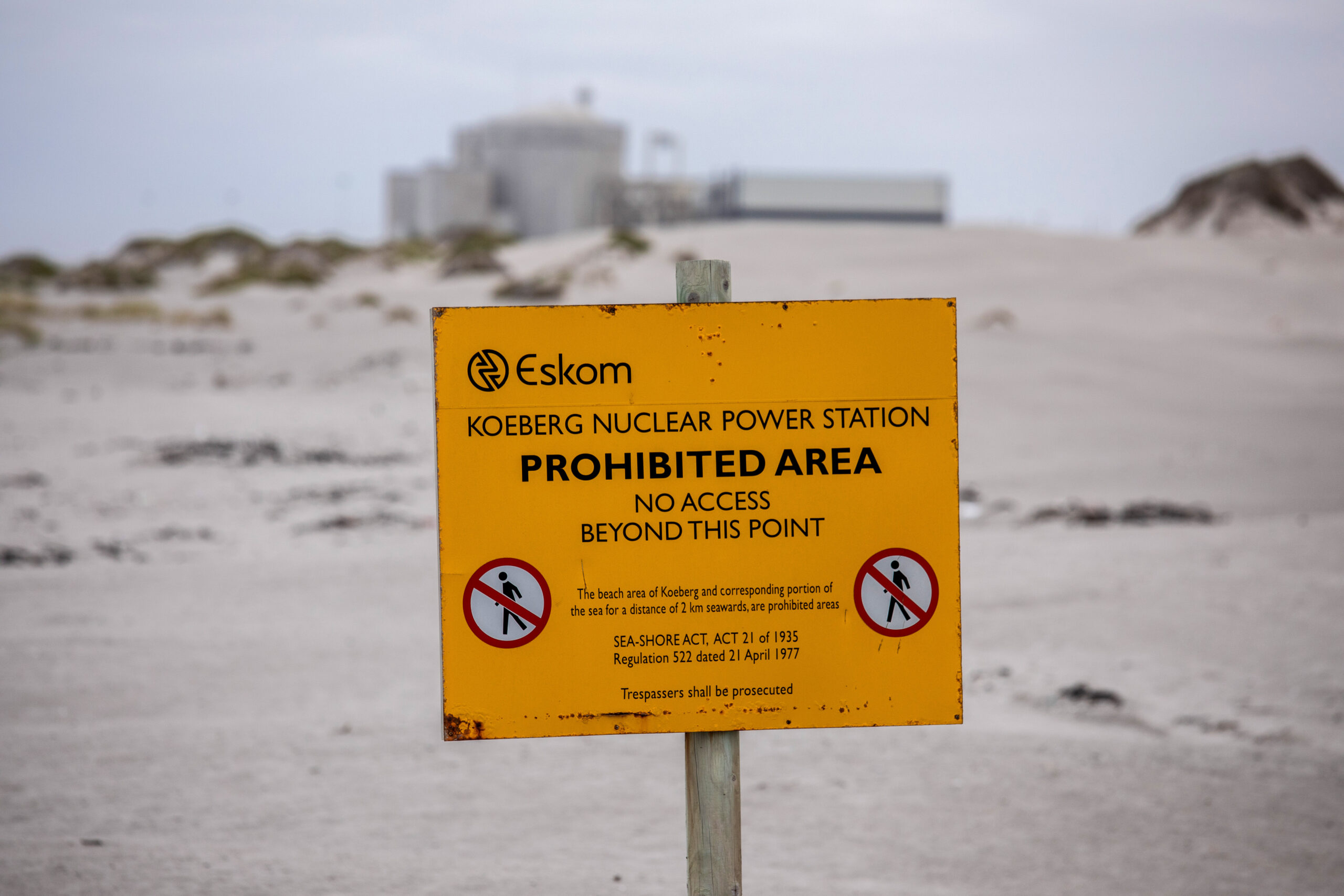 In her media release published on PoliticsWeb, Janine Myburgh, the president of the Cape Chamber of Commerce and Industry, asks that “calm and common sense” may prevail on the decision of building new nuclear capacity at Koeberg Power Station. To make her case for nuclear power, she first lashes out against a highly organised green lobby “with agendas that they loudly push at every opportunity” conjuring up a “carbon dioxide Armageddon” and issuing “skilful green propaganda” against nuclear power.

In making her argument, she unfortunately associates herself and the industry body she represents with hard-line climate change denialists of Trumpian proportions. According to her, green pressure groups are “re-imagining” carbon dioxide to make it look evil, whereas, she imagines, it really only is “a gas that makes plants grow and drinks fizzy”.

It is very unlikely that her membership base would support such hideous claims, including her underlying notion that combating climate change happens at the expense of local business prospects.

Recent climate change-related shock events had serious negative impacts on businesses in the Cape region. For example, during the 2017 drought, the agricultural sector and related industry lost R4.9-billion of income with an estimated 20% decline in production, according to a report by the department of agriculture, in collaboration with the Bureau for Food and Agricultural Policy (BFAP). Even more directly, CO2 and other toxic emissions are costing nothing less than lives: a report on health impacts of coal fired power plants in South Africa states that, when coal is burned, it releases several airborne toxins and pollutants, causing the premature death or sickness of thousands of South Africans. Further, the cost attributed to direct health issues resulting from air pollution from coal-fired power generation is estimated at $2.37-billion annually in South Africa.

Ironically, Myburgh’s demonisation of a green approach to the energy crisis and economy is contradicted by the Cape region’s industry promotion and investment organisation Wesgro, which states on its website that “the Western Cape, and Cape Town in particular, is positioning itself as the green economy hub for South Africa, and a number of renewable energy companies have their headquarters in Cape Town.”

In addition, the City of Cape Town’s new climate change strategy draft, which is currently under review, highlights the crucial role of green policies and investments for the economic future of the region. One starts to question whether the Cape Chamber of Commerce and Industry and its members are really in complete opposition to these strategic considerations, or if Myburgh in turn has simply not kept up to date with the developments of the past years, regionally and internationally. Has she been in some kind of strategic self-isolation?

So what about nuclear? Provided critical readers of her article have the patience to read beyond the underlying climate change denialism propaganda (this is just a hoax, right?), they will find her key argument right at the bottom of her text. She claims that people should stay open to building nuclear energy, because it doesn’t emit any CO2. Missing from her argument, however, is that fact that, worldwide, there is no long-term solution to deal with highly toxic, life-threatening, radioactive waste.

The capacity for storage of highly radioactive spent fuel rods at Koeberg is reaching capacity this year. No one has even the faintest idea of what to do with this poisonous legacy. So how can we even consider producing more of it?  Hopefully, Myburgh and the Cape Chamber of Commerce and Industry find “calm and common sense” to reflect on this issue.

Published in Business and Environment