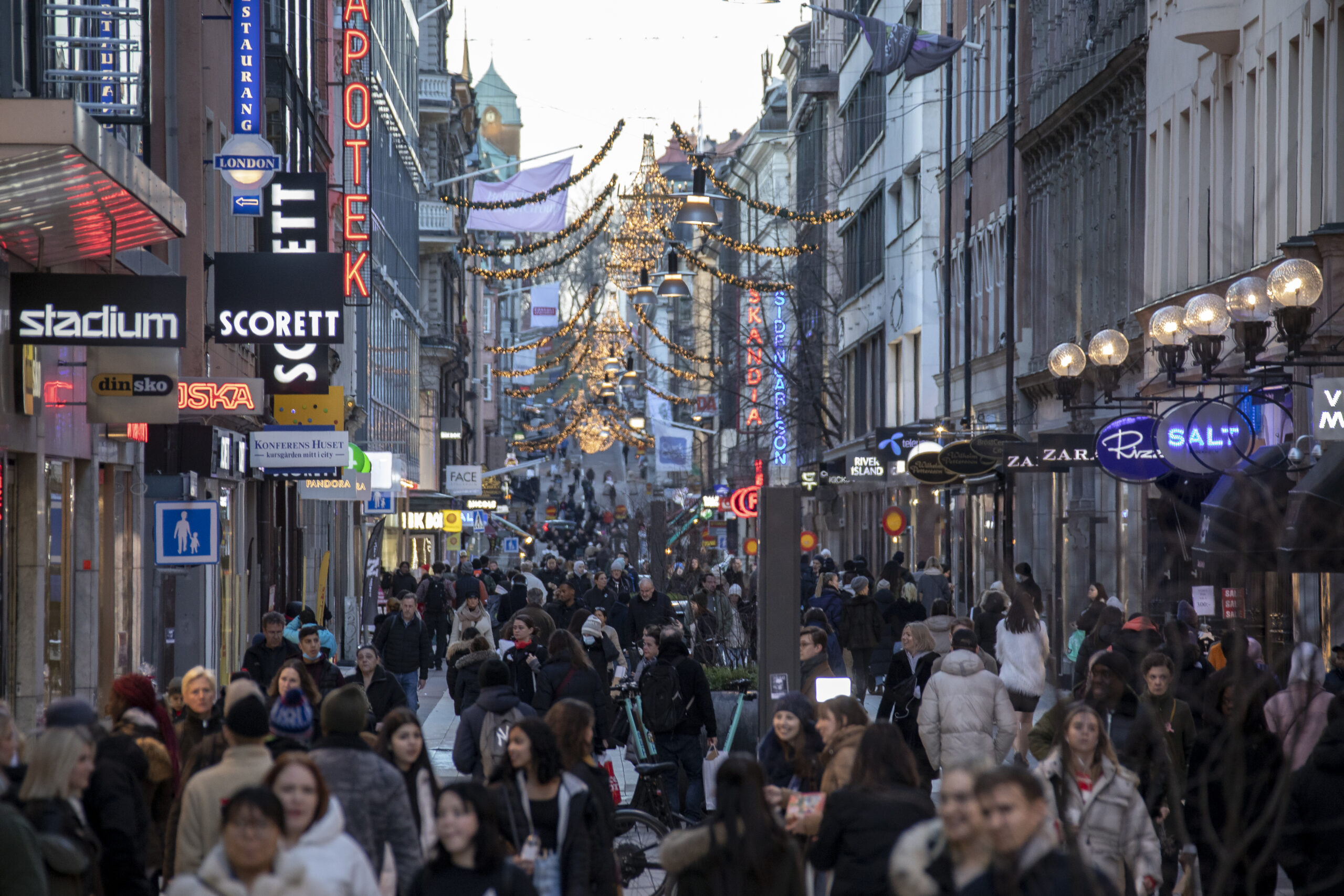 The work of Giorgio Agamben (on which I wrote here many years ago) – well known among Continental philosophers – has of late acquired new significance, in light of the apparent alacrity with which governments (in the guise of “the state”) have arrogated to themselves the “right” to ride roughshod over citizens’ rights in the ostensible effort to control the spread of the novel coronavirus that may cause the illness known as Covid-19. In the process they have added an historically novel dimension to the meaning of the phrase, homo sacer (sacred man/woman).

I was reminded of Agamben’s work while reading a chapter of a brilliant doctoral student’s work on Michel Foucault and Agamben. My student, Nathne Denis, is a musicologist-cum-philosopher, who completed her highly original master’s study with me earlier. In the latter she demonstrated – using the work of Jacques Derrida – that what is known in musicology as a “vagrant chord” functions “deconstructively” in Alban Berg’s opera, Lulu, to signify the ambiguous state of Lulu representing woman in Western culture, namely as strumpet and pure semi-goddess simultaneously. (Some readers may know that Lulu is here a metaphor for Adam’s mythical first wife, Lilith, who refused to give him children, and is therefore often revered by radical feminists. Do a search for Lilith and you’ll find that she is often depicted as half-rotten and half-pristine.)

In Denis’s present work, however, which again has a musical theme (not to be divulged here), she has reason to scrutinise Agamben’s work on homo sacer, to be able to grasp the manner in which the state sometimes seems to suspend the very laws that ordinarily are taken as governing our social existence. What does the phrase mean?

In Agamben’s words (in Homo Sacer, page 53): “The sovereign sphere is the sphere in which it is permitted to kill without committing homicide and without celebrating a sacrifice, and sacred life — that is, life that may be killed but not sacrificed — is the life that has been captured in this sphere.” He further links homo sacer with bare life (zoë, in ancient Greek) as distinct from political or cultural life (bios in ancient Greek) characteristic of humans (page 12): “In Western politics, bare life has the peculiar privilege of being that whose exclusion founds the city of men.”

What Agamben means is that, in order to live as humans, “bare life” has to be excluded from the polis, but it is a peculiar exclusion, as he indicates: “In the ‘politicization’ of bare life – the metaphysical task par excellence – the humanity of living man is decided … The fundamental categorial pair of Western politics is not that of friend/enemy but that of bare life/political existence, zoē/bios, exclusion/inclusion. There is politics because man is the living being who, in language, separates and opposes himself to his own bare life and, at the same time, maintains himself in relation to that bare life in an inclusive exclusion”.

What the paradoxical “inclusive exclusion” signifies is that within the (modern) political sphere, in so far as it is also a sphere of sovereignty, human beings can, and are sometimes still today, constituted as homo sacer – that is, it is a sphere “in which it is permitted to kill without committing homicide and without celebrating a sacrifice”. If the death camps of the Nazi’s come to mind, you are spot on; in fact, Agamben elaborates on these as a paradigmatic instance of reducing humans to homo sacer, or bare life. In other words, the political sphere is sometimes (temporarily) constituted as a sphere of sovereignty within which the rights that usually prevail are suspended, and the state acts with impunity when it metes out the kind of violence that is unconscionable under normal conditions of “law and order”.

In Denis’s 2021 unpublished doctoral thesis, she approaches Agamben’s work through that of Foucault, specifically on governmentality: “Governmentality proceeds through State and non-State institutions and governs not so much through the direct application of the law because it is the law but, rather, through a diffuse panoply of tactics, including the deployment of laws themselves as tactics … In contradistinction to sovereignty, governmentality is ‘a mode of power concerned with the maintenance and control of bodies and persons, the production and regulation of persons and populations, and the circulation of goods insofar as they maintain and restrict the life of the population’… Governmentality, furthermore, does not operate under the aegis of a unified source or system of control. Rather, it is a shifting, multi-centred, protean, mobile and diffuse set of practices and manoeuvres the purpose of which is ‘to dispose and order populations and to produce and reproduce subjects, their practices and beliefs, in relation to specific policy aims,’ that, notwithstanding, remains central to the fundamental functioning of the State. Foucault goes as far to say that …‘the problems of governmentality and the techniques of government have become the only political issues, the only real space for political struggle and contestation,’ in the absence of which the State would cease to exist.”

The relevance of her argument for the current worldwide state of affairs under pandemic conditions becomes clear where she continues:

“Notwithstanding this primacy and crucial vitalising function of governmentality, the recrudescence of sovereign power within the very midst and heart of governmentality is not only not precluded but, in fact, almost structurally preordained as an ever-present possibility. This possibility of a resurgence of purely sovereign power from the very ambit of governmentality resides in the fact that, since governmentality deploys laws purely tactically, its tactical deployment of laws, in that it is already non-legal in essence, may swiftly morph into a tactical deployment that is extra-legal, that is, one that, in fact, suspends the law for a class of delineated cases. In Agambenian terms, this occurs precisely through a repetition of the primordial sovereign decision on what the constitutive exception to the juridico-political order will be and which captures bare life as this exception. It is through this decreeing of the sovereign exception that some of the virtual homines sacri managed by biopolitical governmentality are transubstantiated, or rather de-substantiated, into actual homines sacri, through the removal of their habeas corpus rights. They will henceforth be biopolitically managed precisely through the suspension of the juridical order’s validity with regard to them and their resultant exposure to the naked sovereign power of the State executive.”

Does this sound familiar? Denis demonstrates the upshot of the re-emergence of “the state of exception” – of treating people as “bare life”, excluding them from the rule of law within the very domain of the state – by relying on Judith Butler’s analysis of this phenomenon in the case of the treatment of American prisoners at Guantanamo. I believe, however, that one finds its manifestation, today, in the manner that people are treated by their supposedly representative governments all over the world, including here in South Africa.

To be sure, this has not led to excesses like those perpetrated in Nazi concentration camps, but the description of people being reduced to homo and gyna sacer, or bare life – with their constitutional, juridical rights being suspended – is there for everyone to see in our country. In a previous post I referred to the North Gauteng High Court’s finding that large parts of the South African lockdown rules have been unconstitutional. The very fact that the government, having suspended the constitution for all practical purposes, has cocked a snoot at this finding, and has proceeded, by means of all the mechanisms, ruses and tactics of governmentality, to harass and coerce South African citizens to behave in the most ludicrous ways, is a clear demonstration that we have been reduced to bare life that can be corralled as it pleases the state.

What is more ludicrous than prohibiting gatherings on beaches – in the open air (enforcing this proscription in heavy-handed fashion) – but allowing people to visit shopping malls, which are enclosed? This amounts to paradoxically exercising the power of the law outside of the very basis of the law, namely the country’s constitution.

It is worth remembering what Agamben reminds one that the paradigmatic space of the (concentration) camp becomes pervasive when the “state of exception” becomes the rule, rather than the exception. And this practice is not restricted to South Africa – it occurs in most countries, despite the fact that many human rights groups have protested vehemently against the widespread practice, globally, of excluding people from the realm of the law – amounting to states of exception –  to be able to deal with them as bare life in a manner required by biopolitical exigencies.

To conclude with an example that illustrates the consequences of such an approach to power under states of exception – or, in the case of the country under discussion here, the absence of such an approach – consider this article, from April 2020, of the differences between Sweden and other European countries regarding the choice of “to lock down or not to”.

I should add that, having just checked the World-O-Meter for Covid-19, where Sweden is shown as having had 600 244 infections and 12 326 deaths, this does not differ significantly from other European countries with comparable populations, despite the Swedish government not having adopted a “state of exception” approach to the pandemic, and allowing their citizens to carry on living a civilised life, with most businesses staying open, no obligatory mask-wearing and only mild social distancing.