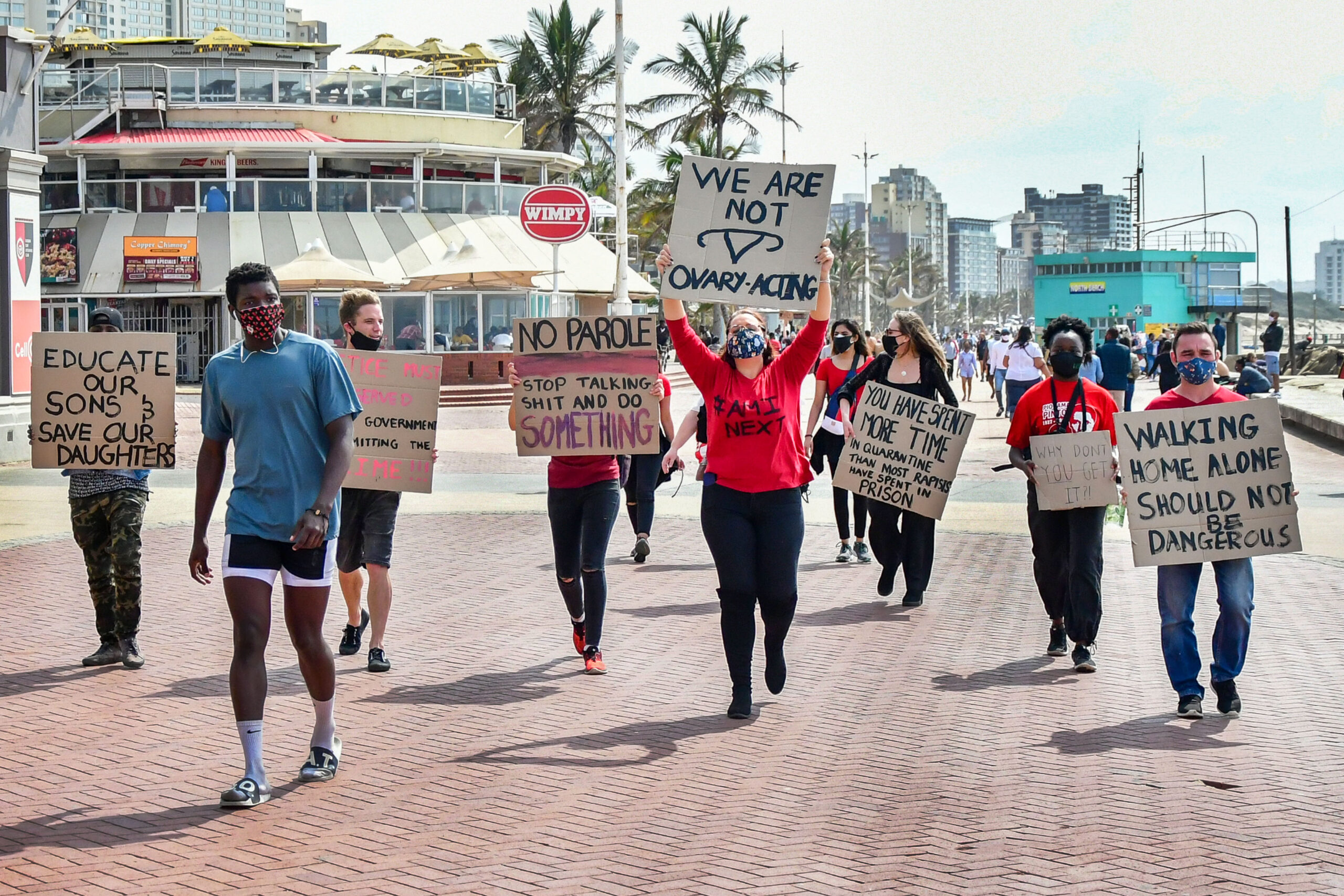 The women of South Africa are tired. But we won’t stop using our voices to stand up against gender-based violence and femicide.

A lot of women in South Africa wake up daily praying and hoping that one day things will get better; and when they go to sleep they repeat the routine.

Women live in fear to walk around freely because at any given moment a man could simply feel entitled to them, to their bodies, to their lives. Within seconds they could become statistics; their names could fall behind a hashtag.

The fight for gender justice is much bigger than the individual identity of women. The fight for justice involves the rooting out of toxic masculinity and patriarchy. When women boldly scream “men are trash” it is because we deeply understand that it is men who rape women, it is men who most often abuse, beat and kill women and therefore it is men who need to do better; it is boys and men who should be the focal point of government interventions.

The movement #menaretrash shouldn’t be a debatable topic; doing an assessment of the behaviour and crimes that women are subjected to is the logical conclusion. Most women know at least one other woman who has been beaten or abused or raped. It is ironic, however, that most men are adamant that they do not know or associate with any men who perpetuate and commit such atrocities. It is simply because men have created a safe space for themselves to be able to do all these things, and be protected. Men protect each and defend each other. Perpetrators are further protected by the justice system that gives them opportunities to apply for bail, and a court roll that moves at a snail’s pace. The justice system often blatantly fails victims of gender-based violence through its lack of arrest and weak representations by public prosecutors.

In order to create a society where women can begin to feel free, perpetrators need to be punished and there needs to be evidence of it. The justice system needs to be a safe space for victims, not for perpetrators.

Victims need to be prioritised and believed from the time they make their statement up until the perpetrator is sentenced. Perpetrators need to be given life sentences exclusive of benefits and reprieves, in essence they should serve the full term of their sentences.

When others see that there are real consequences to their actions they might think twice about hurting a woman. The truth is we have had enough talks about this scourge; we need to see action from the government and from the justice system. Action is the one way in which we can see an end to gender-based violence and the killing of women and children.

Women matter, children matter, victims of violence matter and their existence in our world matters.