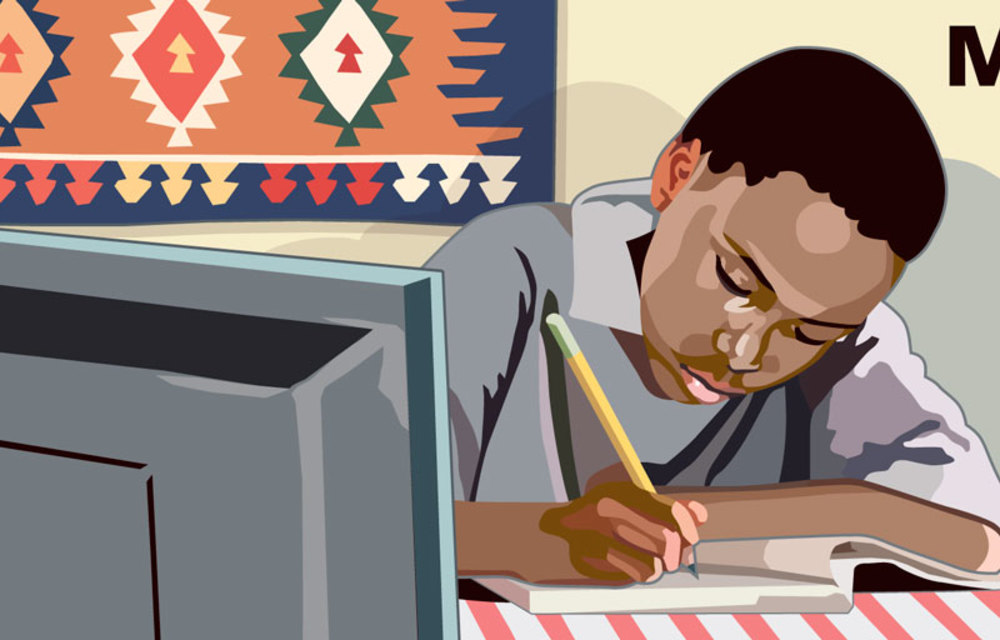 Connecting the gap: An open letter to the major cell networks, from a teacher

Dear MTN, Vodacom and Cell C, in February of this year, Amnesty International released a report entitled: Broken and Unequal: The State of Education in South Africa.

“For South Africa to comply with both its own constitutional and international human rights obligations with respect to education, major change is needed urgently,” executive director of Amnesty South Africa, Shenilla Mohamed, said at the time.

“The right to quality education includes having a school where learners are safe to learn and have the adequate infrastructure and facilities to do so, but our research has found that this is not the reality for many learners in the country.”

The gap between the haves and the have-nots was immense; and things have only worsened since, as I am sure you know.

Most schools closed when the nation declared a state of disaster in March and, while private and well-resourced government schools were able to continue some semblance of teaching by moving online during lockdown, most of our country’s students were left to wait for their school’s doors to open again.

And so the gap widened.

By the end of the second week of June, many matrics across the country had returned to class; followed by Grades 11 and 10 just under a month later. But their return was short-lived as government schools were again closed after just three weeks and before any Grade 8s or 9s had returned whereas private schools were able to stay open.

And so the gap widened again.

I’m a teacher at a well-resourced government high school in the Western Cape — what is commonly referred to as a “former model C school”. Because of the resources available to us, we’re able to maintain a limited form of teaching through online platforms such as Google Classroom and WhatsApp; but only because the majority of our pupils and staff have the means to spend money on data in order to access and conduct this teaching.

Without this, I wouldn’t have been able to adequately prepare my students — especially my matrics — for their end-of-year exams, based on the in-class time we’ve been afforded.

But what about the schools that haven’t had the means to have an online presence; such as the 18019 that don’t have a library? What of the 4358 that only have illegal, plain pit latrines or the 37 that have no sanitation facilities at all? I shudder to think how the 16 897 public schools that have no internet, the 239 that have no electricity, or the tens of thousands that were simply unable to facilitate online learning are going to adequately prepare their students in the time remaining.

The gap has undoubtedly widened.

So what can be done? How do we even begin to close this gap?

The school I teach at was recognised by the Western Cape Education Department as the top performing public school in the province in 2019. As such, we currently have a wealth of resources, modules, study notes and teaching guides that are updated and improved upon every year. All of these resources live on our school intranet, accessible only to those who attend our classrooms.

But, as a government employee at a public school, the material that I and my colleagues produce should be available to all in South Africa. What if there were a way to unlock this invaluable treasure trove of materials to share with the country?

We have already uploaded our resources to a website and applied to the department of basic education (DBE) for the url to be zero-rated by our country’s biggest mobile network operators.

Imagine if, for example, Vodacom zero-rated our website. Then anyone using a Vodacom connection could access these resources without using any data — essentially for free. Not only would that benefit the 80-odd students we have who are unable to afford data, but it could be a game-changer for students across South Africa.

But we’re not the only ones who’ve had this idea. In fact, the DBE has a published list of 351 educational websites (last updated on July 13) that have applied to be zero-rated. Ours is one of them. And yet, despite our beginning the application process back in April, we are still waiting to be zero-rated by any of South Africa’s big three mobile network operators (that’s you) — and the same can be said for most of the other applicants.

With all due respect to Rain, however, it’s with you three that the real change lies. Vodacom, MTN and Cell C account for nearly 90% of the local mobile market. Unfortunately, just 11 of the 227 school websites have been zero-rated by all three of you — meaning just 5% of these sites are likely available to the majority of the country’s students.

In a time when you’re all enjoying the benefits of increased data usage — such as when MTN reported a service revenue growth of 9.4% to R80-billion for the six months ending June 30 and a data revenue increase of 16.7% because of lockdown — surely zero-rating a few websites to help our already crippled education system isn’t too much to ask?

MTN (who at least responded to my pleas for help on social media) argue that they have already zero-rated more than 600 educational urls and are delayed in helping schools because they’re prioritising universities and colleges.

Firstly, that doesn’t mean they’ve zero-rated over 600 websites — one university, for example, could have several urls in need of being zero-rated. In fact, according to MTN’s own website, those 600-plus urls equate to fewer than 170 educational institutions; 10 of which are schools — which is even fewer than the number given by the DBE.

Secondly, why prioritise universities? Most have already cancelled their end-of-year exams and have more time to play with. Schools, on the other hand, are busy trying to prepare their matrics for the mock exams which begin next month. Time is of the essence for them.

Besides, it doesn’t give me confidence to read that the DG Murray Trust, a philanthropic organisation, had to threaten to sue MTN to zero-rate 39 educational websites last month after the operator had “dragged its heels”. Interestingly, MTN agreed to zero-rate all 39 just days later.

I know zero-rating my school’s resources wouldn’t help every student in South Africa, but it could make a difference for a significant number — and likely more in the years to come. A study from the Pew Research Centre back in 2018 found that 51% of South Africans had a smartphone while a further 40% had a feature phone which, though hardly ideal, could still access many of the resources created by my school. This shows what a good proportion of South Africans would be able to access online resources if the barrier of data costs were removed.

The principal of a school not far from where I teach recently wrote an open letter to the press in early July where he expressed his exasperation at the current barriers facing his pupils. He spoke of how, on any given day, he has 11 of his 31 staff members absent from school because of the pandemic while his matrics sit in empty classrooms because his English department has been “decimated”.

Imagine if I, an English teacher at another school, could send that principal a zero-rated website link that gave them access to all of my department’s PowerPoint presentations and annotated notes on each of the 12 poems that matrics are expected to study for their final exams? Or the series of videos I recorded of myself analysing every chapter of the national setwork novel, Life of Pi? Or the countless resources we have to aid students (and teachers) in their study of Shakespeare’s Hamlet?

Imagine if we could share what some of our best resourced schools have to offer with those who would never have the opportunity to ever attend their classes?

Imagine if we could begin to close the gap, by connecting it?

This letter calls on you — MTN, Vodacom and Cell C — to follow the example set by Rain. You have an opportunity to bring real change to South Africa’s education system, when we need it most, by zero-rating all 351 websites listed by the DBE in this document soonest.

Will you imagine with me? Will you begin to connect the gap?