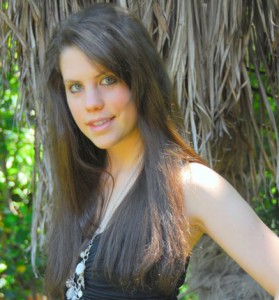 I was exactly seven months and 21 days old on the day democracy was born in South Africa. You’ll have to forgive me if I don’t remember much about that big day in our nation’s history … but my Dad remembers it well. Every April 27th, he tells me all about it. How he waited for hours in the hot sun, carrying me in his arms (how embarrassing). He tells me I was fidgety, and that I made a lot of noise. He tells me the queue was slow-moving, but nobody complained. Except for me, of course. But I don’t remember any of that.

All I know is that now I’m 18 years and seven months old, just a little older than our democracy itself. Old enough to stand in a queue and vote all by myself, the next time an election rolls around. I’m ready, because I’ve learned a lot about our democracy over the last few years.

The words “new South Africa”, “rainbow nation”, and “Constitution” have been etched into my mind by teachers, parents, and politicians alike. I’ve written countless essays and read piles of articles on “South Africa’s transition to democracy” and “The laws of apartheid”.

I’ve even watched my history teacher re-enacting scenes of himself as a student, protesting apartheid “back in the days”. Jumping over walls to get away from the police, attending secret meetings on campus, marching through the streets with huge banners … I couldn’t help but wonder how he found the time to get his degree.

I suppose I should add that he is white, and that the five girls who always sat in the front row of the of the history class are black. They were famous at our school for satirically referring to themselves as “The Darkies”. High school just wouldn’t have been the same without them. I find it hard to imagine a system that would have prevented me from being in the same class and in the same school as The Darkies. I don’t take the freedoms we have gained for granted. I just don’t think about them all that much.

On Facebook, you can choose to proclaim your interest in politics on the Political Interests tab. Most of my friends put “Vote for Pedro” there, a slogan from the movie Napoleon Dynamite. Pedro would get a lot of votes if he ever stood for election in South Africa. I do know a few of my fellow teenagers who are very concerned about the state of politics in our country, but the truth is that most people in my generation would rather follow celebrities on Twitter than follow our president.

As a student at Wits University, where my former history teacher jumped over barricades and shouted anti-government slogans, I’ve noticed that most of my peers aren’t at all interested in South African politics. A lot of them don’t even know what Freedom Day means. And when our maths lecturer told us we’d have to spend Freedom Day studying for a test, we didn’t feel very free at all.

The only time my friends and I have had a conversation even remotely related to South African politics this year, was when someone bought up the fact that President Jacob Zuma was getting married again. Then we returned to talking about Kim Kardashian’s marriage.

I know that Freedom Day means a lot to the people of this country. I know what it stands for, and what it means to the millions of people who stood in that long queue while I fidgeted and complained as a baby. But to me, this Freedom Day really means two things. It means I’m going to have to study for my maths test. And it means that, as much as we have learned from history, the really important subject, for all of us, is the future.

Sarah is a first-year BSc student at Wits University. Her interests include running, reading, blogging on Tumblr, and spontaneously bursting into song.

The Mail & Guardian wants to hear thoughts from South Africans, aged 18, on Freedom Day and what it means to them. Send us your submissions and you could be featured on our site.

On our Reader Blog, we invite Thought Leader readers to submit one-off contributions to share their opinions on politics, news, sport, business, technology, the arts or any other field of interest. If... More by Reader Blog