From the point of view of complexity theory, or chaos theory, if you like, everything is interconnected. ‘Chaos’ is here regarded as just a very complex variety of ‘order’, unlike in earlier times — the ancient Greeks, for instance, opposed chaos’ and ‘cosmos’ (order), as most of us do in our daily lives. In Deleuzoguattarian ‘assemblage theory’, too, one could say that everything is interconnected, even if this is more obvious in some cases than in others.

When I am reading a book, for example, the book and I are only the salient markers of an ‘assemblage’ that includes ‘rhizomatic’, largely invisible, interconnections between everything that comprises ‘myself’ (my eyes, scanning the printed words on pages; my mind, engaged in understanding these; my brain, which is the neuro-physical ‘support’ of my mind; my hands holding the book; my relations with others, in relation to whom I am a ‘self’, and so on) and the book (its physical embodiment in paper and ink; its abstract, semantic and semiotic constitution as a concatenation of signifiers; its connections to its author, alive or deceased; to other books that this person may have written; to a publishing industry; and so on, and on…)

But, importantly, not all these interconnections in space and time are ‘actual’ in Deleuze and Guattari’s sense of the word; some — probably most, at any given time — are ‘virtual’, or ontologically latent, although, having existed in the past, or potentially in the future, they can be ‘actualised’. For example, the virtual interconnectedness between myself, the book I am reading and others could be actualised when I speak to other people (familiar or unfamiliar) about it.

But let us look at a more telling example, with a view to relating it to what I really want to get to, namely the much-vaunted, and (for technophiles and techno-worshippers who don’t have access to it yet [in some parts of the world they already do]), eagerly anticipated, next phase in digital information technology, namely ‘5G’. The example is taken from the science-fiction television series, Battlestar Galactica (on which I wrote a piece here before), and highlights two senses of interconnectedness, which pertain to the electronic information-revolution we are living through right now.

In this series, where the advanced robotic beings, the Cylons, attack and almost wipe out the humans (billions of them) on the planet Caprica and the colony planets, only about 53000 humans survive, some of them on the eponymous ‘battlestar’ called the Galactica. On the one hand, there is the assemblage-type of interconnectedness that you encounter in Deleuze and Guattari, insofar as all these people were interconnected with one another, virtually and in many cases actually, before the attack, as well as with their erstwhile creatures, the Cylons, mostly virtually.

Then there is the other, more familiar sense of interconnectedness known to all the denizens of cyberspace, created by the combination of computers and the internet, and, of course, 3G and 4G (which index the speed with which internet ‘content’ can be downloaded or streamed on electronic devices like smartphones). Most people today would probably argue that such interconnectedness is an unadulteratedly good thing. Battlestar Galactica shows this not always to be the case. Here is the first lesson of the series: when the Cylons attack, their first target is the network (like the internet) that connects all the people on Caprica and beyond, including, crucially, the fleet of battlestars (huge spaceships armed with nuclear weapons and carrying fleets of attack spacecraft), except…for the oldest model, the Galactica, which only has its own, limited communications network. This is why it survives. Had it been connected to the network by which the Cylons could reach all the others, disabling their communications, it, too, would have been crippled by their actions. Ergo: ‘total’ interconnectedness is not a good thing.

A more mundane illustration of this truth is the fact that one benefits from not always being connected via your smartphone or laptop. Being in the fortunate position of living about 800 metres from the foot of a magnificent mountain range, I go mountain-climbing – with or without my partner, who is also a mountain-lover – every afternoon that we are at home. And although I carry my mobile phone with me for emergencies (there are many venomous snakes here), I switch it off while I’m climbing. After a day’s work one needs to be unconnected in the ‘electronic’ sense, otherwise you cannot luxuriate in your interconnectedness in the other, ‘assemblage’ sense, namely, with all that nature offers by way of sights, sounds and smells. 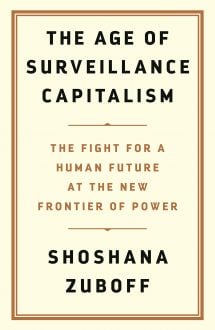 But the value of being unconnected for at least some of the time is lost on the contemporary world. In my previous post, I elaborated on what Shoshana Zuboff calls ‘surveillance capitalism’, which (ab-)uses information gleaned from users while they are traversing the internet to anticipate and predict their future behaviour for its own ends. This is made possible by the level of interconnectedness that already exists today, but which is about to be elevated to a much higher level with the introduction of 5G, which will undermine people’s (physical and psychological) privacy even more.

5G means a lot more than just another bar on your cell phone. The hop from 3G to 4G meant we went from being able to read an article on our phones to being able to stream a movie. But the leap from 4G to 5G will mean an exponential rise in download and upload speeds across every Internet-connected device you own, the ability to connect those devices to a single network easily and the ability to off-load computing to the cloud. It’s not only the most significant shift in computing since the smartphone, it will also enable huge advances in industries like automated vehicles…

The advent of 5G means practically everything with a chip will be tethered to a wireless network, which brings with it enormous geostrategic implications if a Chinese company [A reference to Huawei, a major theme of the article; BO] is responsible for building those networks. The 5G infrastructure will intertwine factories, power plants, airports, hospitals and government agencies. If it comes under a broad, sustained attack, it “would mean a total collapse of society,” warns professor Lim Jong-in of the School of Information Security at Korea University. 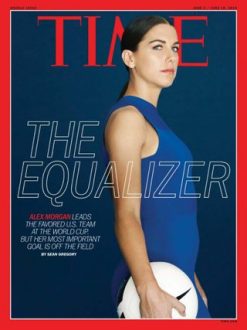 I could say ‘I rest my case’, because my earlier example from Battlestar Galactica corresponds exactly to professor Jong-in’s pronouncement. Needless to point out, all of this has to do with the hype around the (perhaps too soon) much-glorified ‘fourth industrial revolution’, the deleterious implications of which most people don’t have an inkling of in their heady worship of technology. Here is Alex Fitzpatrick (TIME, June 3-10, 2019, p. 35), answering the question: ‘Are there any downsides to 5G?’:

Privacy advocates worry that 5G could make it easier for law enforcement and others to track a person’s whereabouts with pinpoint precision as their phone connects to multiple cells. They also have concerns about its potential to greatly improve facial-recognition software. However, conspiracy theories circulating online claiming that 5G signals have been linked to cancer have no basis in science.’

If one considers that scientists have pointed out that we form part of the first massive experiment worldwide, to determine what the effects of concentrated microwaves on our brains are (I listened to a conversation among physicists on this topic on BBC a few years ago), then the last sentence in this quotation is a bit premature. After all, as Fitzpatrick also points out, 5G ‘requires towns and cities to set up a much higher number of small cells, or short-range transmitters, to provide the same geographic coverage as 4G.

And this question only pertains to our physical health; as far as 5G’s capacity for surveillance of private citizens’ every move is concerned, it will add to the negative psychological implications of the massive technical surveillance that already exists, of which Shoshana Zuboff wrote in Surveillance Capitalism. Unsurprisingly, however, people seem to be ready to assist all those agencies, corporate as well as governmental, who require of them to submit to their technologically enabled prying, by cheerfully surrendering their own freedom. They should think twice.