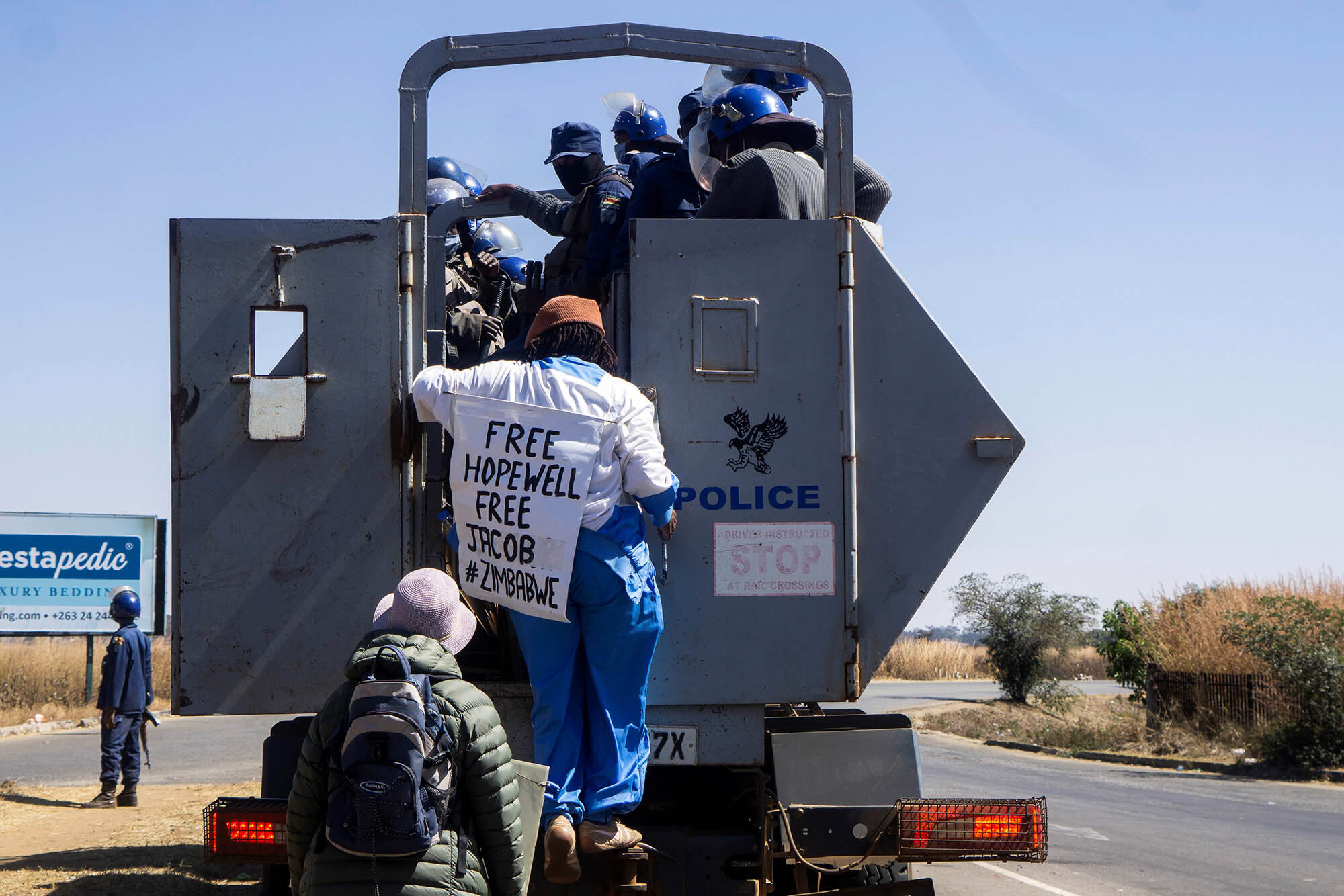 In July 2015, the world stood still because Zimbabwe was grieving the death of a charismatic lion. Millions of pounds and dollars and an outpouring of support and solidarity from across the world were sent to the former Southern Rhodesia. The litany of condolences and comfort were for the death of Cecil the lion, an ironic nomenclature.

The 13-year-old lion shot by a United States dentist was named after Cecil the man — the imperial, colonial and racist business magnate Cecil John Rhodes — an enduring symbol of inequality in Africa.

Fast forward to July 2020, where thousands of Zimbabwean civilians bear the brunt of the progenetic colonial history and the incumbent government’s human rights’ violations, with some people being killed and others disappearing. Much like the academic Sharlene Swartz, I use “progenetic” here as a figure of speech, referring to how parasitic worms leave behind fecund eggs even after they themselves die, so that their offspring survive and continuously reproduce.

Zimbabwe has a complex, racialised history of colonialism with government-entrenched classifications and state-sanctioned violence.

The very first encounters between white settlers and indigenous peoples in Zimbabwe show that the settlers never saw the indigenous people as equals and as such came up with laws that entrenched this perceived difference and dehumanisation.

“Those who were European, white, male and adult set themselves up as the prototype of humanity, with animality as its opposite,” Australian academic Kay Anderson says.

She explains how, for many years, colonised black people were treated “like animals”, as “beasts closer to nature” and “savages”.

Black Zimbabweans were dispossessed of their land and thus confined to small, unproductive communal areas, whereas most of the arable land was designated to white, commercial farmers. Remaining land was further demarcated as protected areas, such as national parks for wildlife and biodiversity.

But black people were actually seen as below wildlife; they were stripped of their livelihoods and natural resources in order to protect animals such as that famous lion. Local people were not seen as deserving of conservation’s respect.

Well after independence, the late Robert Gabriel Mugabe, who was president of Zimbabwe for more than three decades, eventually resorted to using draconian laws and force to remain entrenched in the presidential seat.

Although the colonial regime is over and the dictatorship of Mugabe has come to an end, the ramifications of those realities still reverberate throughout Zimbabwe.

Current President Emmerson Mnangagwa was sworn in as the country’s president on November 24 2017, with some believing that it was a change for the better. With the continued and perpetual silencing and suffering of Zimbabwe’s marginalised, however, I rate that they were wrong.

People have disappeared, been tortured, injured and exterminated for attempting to call out government or for being on the “wrong” side. Recently, more than 60 people were arrested, and others punished for peacefully protesting; journalist Hopewell Chin’ono and opposition leader Jacob Ngarivhume were imprisoned and denied bail.

Zimbabwe experienced an economic meltdown following the botched land-reform programme of the early 2000s and, over the past few years, companies have been liquidated and shut down, which has left the country with rampant unemployment and soaring levels of poverty and hunger. In fact, according to the World Food Programme, more than 60% of the population are presently affected by dire food insecurity.

The killing of Cecil the lion drew international media attention and sparked outrage as well as grief among animal rights activists, conservationists, politicians and celebrities alike. There was a strong negative response against Dr Walter Palmer, with some even sending death threats to the US hunter.

The solidarity that one animal evoked and received and the condemnation it sparked and which left Zimbabweans aghast, is nowhere to be found for the current crisis in the country where people are dying daily from hunger, disease and, indeed, by wildlife attacks.

The huge number of celebrities, politicians and ordinary citizens who supported Cecil back then are now quiet. Where are the mourners, such as Jimmy Kimmel who pushed back tears, weeping for the lion on international television? Where are they when we need them to speak out?

For decades, the world has turned a blind eye to human rights violations in Zimbabwe. They have offered nothing but deafening silence.

This, in my view, is a clear indication that black lives and, in this instance, Zimbabwean lives are not valued equally to the lives of animals.

Don’t get me wrong. I am as passionate about saving, protecting and valuing human lives as I am about nature conservation. I even read for an MSc in biodiversity, conservation and management from the University of Oxford in the United Kingdom.