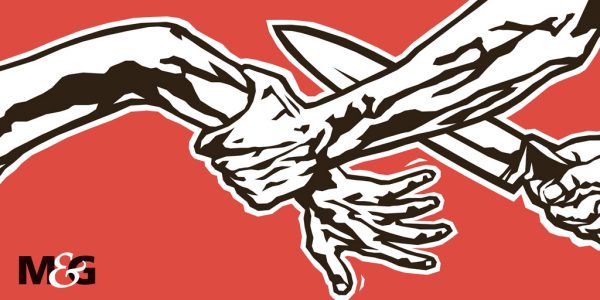 Violence has remained a longstanding characteristic of the country. Gender-based violence (or more accurately: violence perpetuated by men against women and children and other male persons) appears to be on the rise, xenophobic attacks spring up all around the country, and other contact crimes saw an increase in the last reported year. Men have continued to be at the heart of violence either as perpetrators of violence or as victims of violence. This continued violence has been shown by some research to be due to high levels of gender inequality, while others have argued for how constructions of masculine identities are the leading factors for the continuing violence. In light of this it is important to consider ways in which to work with men in the quest for violence reduction and eradication.

Attempts to end violence should involve men, as they are the largest perpetrators of violence and thus are an integral part of violence prevention strategies. For a little over two years the Research Unit on Men and Masculinities (RUMM) has been working with a group of men from a township in Johannesburg-south on the promotion of positive masculinities. We do this through multiple platforms, one of which is through a community engaged project called End Violence: Talk To Your Children About Gender Equality. The aim of the project is to encourage adults to talk to children about gender, gender equality, consent, sex, violence and non-violence. We do this through a series of dialogues and workshops aimed at equipping adults with skills and tools for talking to children as well as fostering more egalitarian environments in schools and at home. What we hope is that these engagements form a platform for challenging patriarchal gender norms, as well as detribalising gender binaries and other categories of differences. If we accept that gender inequality, in the home, at work, and in other public and private spaces remains one of the primary drivers of violence, working with men towards gender equitable practices should also form part of the strategies of violence reduction and ultimate eradication.

In working with the men’s organisation in Johannesburg South we aimed to foster nurturing and egalitarian relationships with other men, women, children, and gender non-binary people. This men’s group is constituted by people who want to alleviate violence and engage in more equitable relations with others, and may not reflect the norms of society. The forum was formed as a space in which men can speak to each other about the challenges they face, relating to being fathers, unemployed, and about experiences of violence. Spaces such as these are few, yet they act as important deterrence’s for violence, and gender inequitable practices in the family and community. The organisation offers an important space in which to interrupt hegemonic masculine identities of domination, and violence. However, because organisations such as this group of men are voluntary often it is a matter of preaching to the proverbial choir. It becomes important that part of the work of such forums is to recreate and engage other men outside of the confines of the group on issues of masculine identity, violence, and gender equable relations.

In October of 2019, we had a discussion with the men’s group intended to focus on the apparent eruption of violence in the community and around the country. The focus was on the ways in which the men are affected by events of violence emotionally and psychologically. Encouraging men to engage with their own emotional and psychological life is one of the central ways in which we attempt to reduce violence. In the context in which dominant forms of masculine expression are linked to restricted emotional expression it may also be important to engage with the psychological and emotional life of men. The main focus of this discussion was on enhancing the men’s group as a space in which the men can look at significant events, assess the impact on their lives and be able to deal with significant events in healthier ways. The men reflected how events of gender-based violence, the killing of children by their fathers, and xenophobic attacks made their roles as young fathers and community safety volunteers significantly more difficult.

Because this organisation is small with a few men, the men shared not only how they felt about the events in the months leading to our meeting. They also felt there were thinly spread, attending to a number of community interventions while juggling the demands of their personal lives. They shared that they felt that the fear that swept across the country also found its way into their homes. A man from the young father’s forum shared that his partner expressed discomfort with him spending time alone with his 12-year-old daughter. He shared that he felt that his relationship was reduced to financial contribution and as an unemployed father that meant he had no role to play in his child’s life. It remains that the men who work within this organisation also reflected on the importance of continuing the work in the community, and gaining the trust of their families, as an important part of changing the relationships between men, women, and children.

After two years of doing this work we cannot say for sure that we are in any way reducing the scourge of violence. Working with men is an imperative in multiple strategies towards ending violence. The work is difficult and exhausting and often emotionally draining. But what we can say is because we are relatively far from attaining gender equality and less violent societies it is imperative that we go back, again and again and maybe in so doing we can permeate the walls of toxic masculinity towards constructions of positive masculinities.

Refiloe Makama and Sipho Dlamini are PhD candidates at the Institute for Social and Health Sciences, Unisa & the Violence, Injury and Peace Research Unit, SAMRC-Unisa.