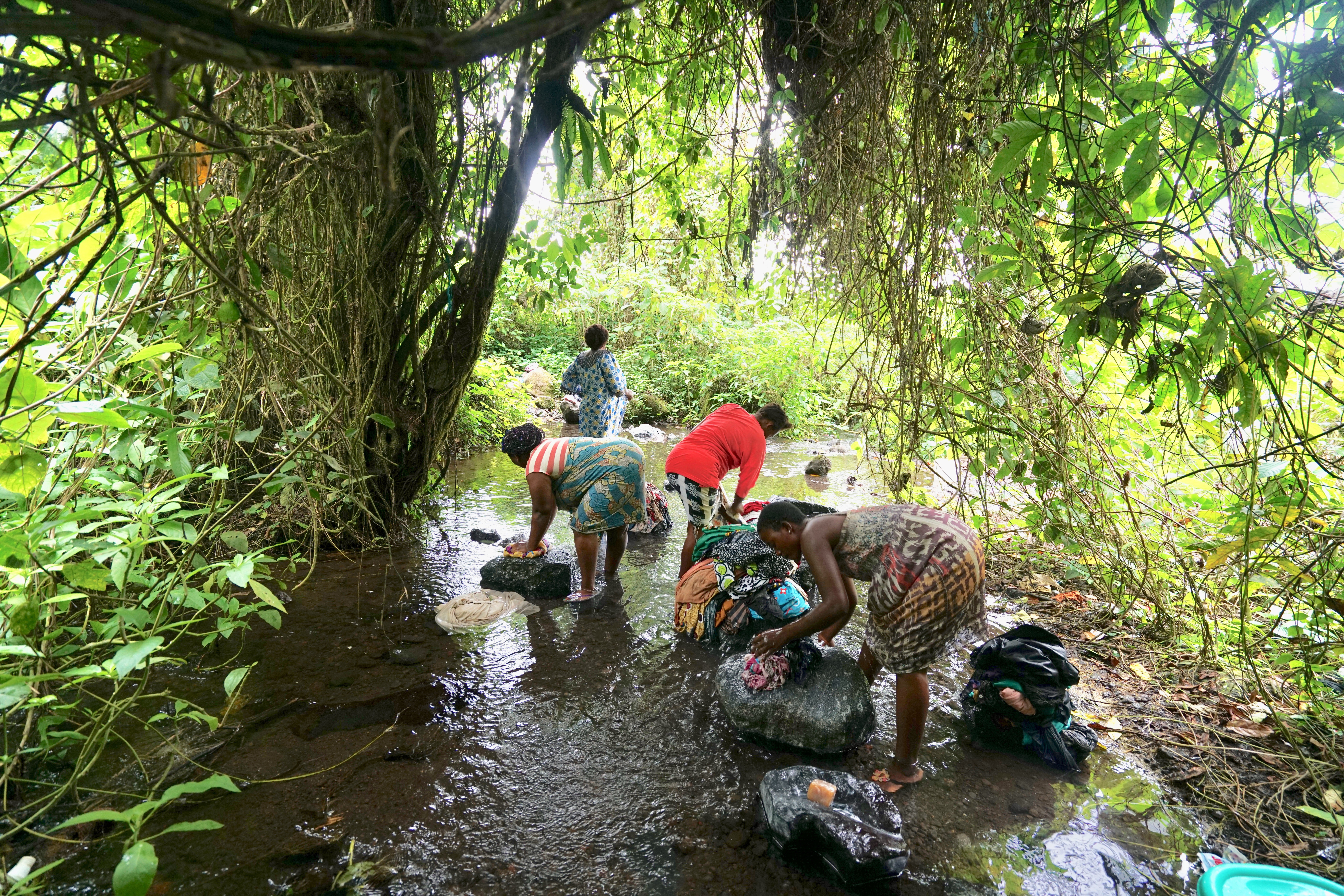 Women’s security is overlooked in the Anglophone conflict in Cameroon

By Corinne Aurelie Moussi on 3 November 2020

The Anglophone conflict in Cameroon can arguably be considered a stealth conflict given the sporadic media attention and limited international intervention it has received over the course of the years.  Certain incidents have brought international attention towards the conflict such as the Ngarbuh massacre of 14 February which saw the heinous killing of children and women during the conflict and most recently the killing of several children at their school on 24 October. For the most part, this conflict has been invisible to the rest of the world and attention to women’s conflict-related experiences is infrequent and not addressed.

The conflict ensued as a result of the government’s violent reaction to peaceful protests initiated by teachers and lawyers in 2016 who deplored the socio-economic, judicial and political marginalisation of the mainly English-speaking people and regions.

This conflict has been ongoing and the government of Cameroon justifies its military force as a measure to consolidate national unity and ensure “security”. This move to ensure and establish safety, begs the question — which kind of security is meant and for whom? From the prevailing public discourse surrounding the crises, the answer is for territorial integrity and national security for the government. Consequently, civilians’ security and specifically women’s security have been totally excluded.

The Anglophone conflict has affected women in several, unique ways. Women have been subjected to numerous human rights violations such as killing, torture, arson of their homes and sexual violence.

The European Civil Protection and Humanitarian Aid Operations estimates more than 2.3-million people are in need of humanitarian assistance in Cameroon. These include those who have been internally displaced, 51% of whom are women.

Displacement (forced or voluntary) as a result of political violence places women in perilous situations and positions. Women’s human (bodily) security means a need to feel safe from long-lasting threats such as conflict, famine, disease, poverty, authoritarianism and the other unexpected and cruel interruptions in the patterns of daily life.

The reigning climate of impunity in Cameroon when it pertains to the exploitation and abuse of women means there is an urgent need to bring the conflict to an end.

The Anglophone conflict has meant the loss of means of living or subsistence for women, lack of access to water, food, electricity, and healthcare. Civilian women have been subjected to acts of violence by government soldiers or insurgents, not to mention violent acts perpetrated by their intimate partners or men in their own communities during these times of conflict. These realities hinder women’s freedom from fear, freedom from want and freedom to live a life of dignity.

The government of Cameroon has an obligation to ensure that the security of women is failsafe by taking positive actions to safeguard them against the threat of insecurity in all its forms. The state has often been considered as the guardian and protector of citizens but what happens to the citizens when the state is inept and, in some instances, carries out human rights violations against its own people? There is a need for the Cameroon government to shift its understanding of security from a traditional state-centric viewpoint to a human security viewpoint.

Given its integrative approach, a shift towards human security will bring about national conflict resolution measures and initiatives which will aim on dwindling the insecurity women alongside other civilians experience, diminish the human costs associated with conflict and attend to the basic human needs of the populace.