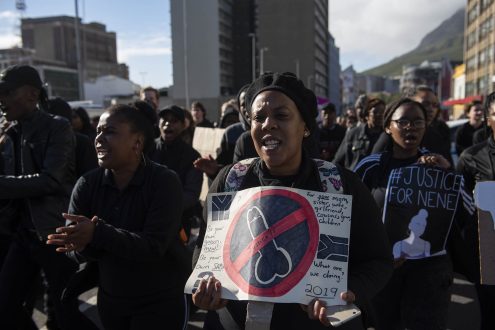 I have written about the position of women in our patriarchal society from various perspectives on this site several times before – in the context of guns and violence against them, on a fundamental level on the link between patriarchy, writing and images, on why one should respect women for their extraordinary qualities, and on tendencies to reduce women to certain ‘physical‘ categories. But let’s face it, whatever one might write about women, it suffices but little, if at all, in stemming the tide of violence against them, which has been rather conspicuous in our country of late.

Therefore, at a time when women in our country are once again legitimately protesting against the violence they suffer at the hands of men — often the men with whom they are in supposed relationships of mutual care — it is imperative to ask what the grounds of such violence are. In the absence of an understanding of the source of misogyny and femicide it is futile to protest. Only when such grounds are laid bare, can one tackle the problem. Here I would like to point to what appears to me to be a fruitful explanation in this regard. Despite the apparent futility of writing about the lamentable occurrence of such violence and other symptoms of misogyny, there is little else that I have recourse to, and who knows, perhaps some men (and ‘patriarchal women’) who read this may prove to be receptive. 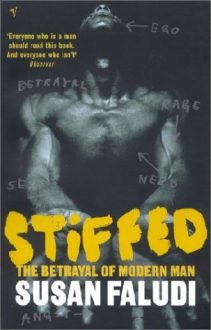 So here goes: some of you may know the work of Susan Faludi — that redoubtable journalist/feminist who caused a stir with her book, Backlash: The Undeclared war Against American Women in 1991, and again with Stiffed: The Betrayal of the American Man in 1999. (I won’t discuss her more recent books here, although the one on 9/11 is eminently discussable.) I believe that the answer to the question about the exacerbation of women-battering in South Africa can be found in particularly the first of these two books: in a nutshell, such abuse is symptomatic of a similar ‘backlash’ (in this country) as the one in the US that started in the late 20th century — one born of resentment against the strides made by women towards equality, and intent on reversing such advancement by putting women in their supposed ‘place’.

In Backlash (1991) Faludi outlined all the manifestations (as the title suggests) of a multi-level reaction against the gains made by the women’s movement since the battle for equality and other forms of women’s emancipation began in earnest. The form generally assumed by these manifestations was one where the lament was expressed that feminism had not really benefitted women, but, on the contrary, had left them worse off than before – which was nonsense, of course, but was instead a paradoxical ideological lure that was (probably unconsciously) intended to have the effect of reversing the gains of the women’s movement. As Faludi (1991: 1-15) recounts, at various levels the initial gains made by the women’s movement — reaching back to the late 19th century — were subjected to concerted attempts to halt, and then reverse, such progress. For example, in America in the 1980s, when all indications were that women were close to reaching their goal of equal rights, the emergent ‘backlash’ blocked its attainment. Significantly, in the Reagan era (Faludi 1991: 11):

Just when support for feminism and the Equal Rights Amendment reached a record high in 1981, the amendment was defeated the following year. Just when women were starting to mobilize against battering and sexual assaults, the federal government stalled funding for battered women’s programs, defeated bills to fund shelters, and shut down its Office of Domestic Violence — only two years after opening it in 1979.

Could it be that the conspicuous lack of real action (beyond empty rhetoric) on government’s part in South Africa is similarly motivated, perhaps at an unconscious level (where these ideologically entrenched motives usually function), by a desire to reverse the gains made in this country, at least constitutionally, by women? And perhaps more importantly, is it not the case that, at ‘ground level’, as it were, ordinary men harbour a repressed (because officially frowned upon) resentment against women, whom they perceive as having disempowered them regarding their traditional patriarchal privileges and powers? Besides, it is not as if men who feel culturally and socially emasculated, can overturn the women’s rights enshrined at the official, constitutional and legislative level. 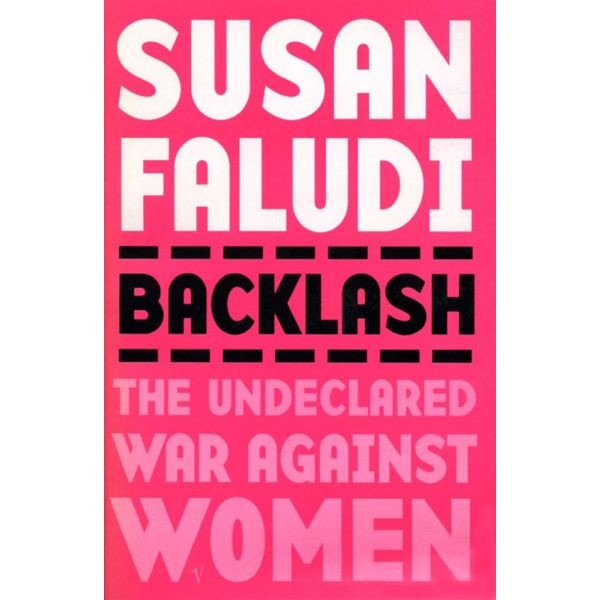 Incidentally, this is where the relevance of the second book by Faludi, referred to above, lies: In Stiffed (1999), she unearths the cultural reasons for men’s violence against women, reasons that go beyond the ‘backlash’ against feminism. In brief, this consists in the cultural emasculation of men by what she calls the ‘ornamental culture’, where a man’s masculinity is not measured by constructive, socially valued actions — of the kind that American men were seen to have performed in World War II — but increasingly by socially hollow compliance with cultural requirements such as socially and politically impotent Calvin Klein fashion criteria, encapsulated in the supposed ‘cool look’. In such a world, she avers, men resort to physical violence – most often against women – because that is the only time they ‘feel in control’ in an emasculating culture. Could it be that this (unconscious) motive also operates in South Africa?

Returning to Faludi’s Backlash (1991: 11), she reminds one of the irony, that the ‘backlash’ against women and their standard bearer, feminism, ‘…has been set off not by women’s achievement of full equality but by the increased possibility that they might win it. It is a preemptive strike that stops women long before they reach the finish line.’ This, too, seems to me to apply to the situation of women in South Africa – after all, although local women appear to have come a long way in constitutional, legislative terms, they have not nearly achieved ‘full’ equality with men; not in terms of equal pay in every profession or line of work, and even less as far as the comparable dignity or respect they are accorded is concerned – of this the shocking rape statistics (which rest on only the reported numbers of rapes) bear eloquent, albeit alarming, witness. Perhaps one should introduce special awareness programmes at schools and at universities, but also to be broadcast on radio and television, to enlighten the populace about the true meaning of feminism, which is still too often seen as a kind of swear word (as part of the ‘backlash’, of course). So what does it mean, then? Faludi (1991: 15) explains:

The meaning of the word “feminist” has not really changed since it first appeared in a book review in the Athenaeum of April 27, 1895, describing a woman who “has in her the capacity of fighting her way back to independence.” It is the basic proposition that, as Nora put it in Ibsen’s A Doll s House a century ago, “Before everything else I’m a human being.” It is the simply worded sign hoisted by a little girl in the 1970 Women’s Strike for Equality: I AM NOT A BARBIE DOLL. Feminism asks the world to recognise at long last that women aren’t decorative ornaments, worthy vessels, members of a “special-interest group.” They are half (in fact, now more than half) of the national [and one might add, world] population, and just as deserving of rights and opportunities, just as capable of participating in the world’s events, as the other half. Feminism’s agenda is basic: It asks that women not be forced to “choose” between public justice and private happiness. It asks that women be free to define themselves — instead of having their identity defined for them, time and again, by their culture and their men.

If people – men as well as the many ‘patriarchal’ women still around who advance the cause of this invidious ideology – do not understand this simple truth, there is not much hope for the future. 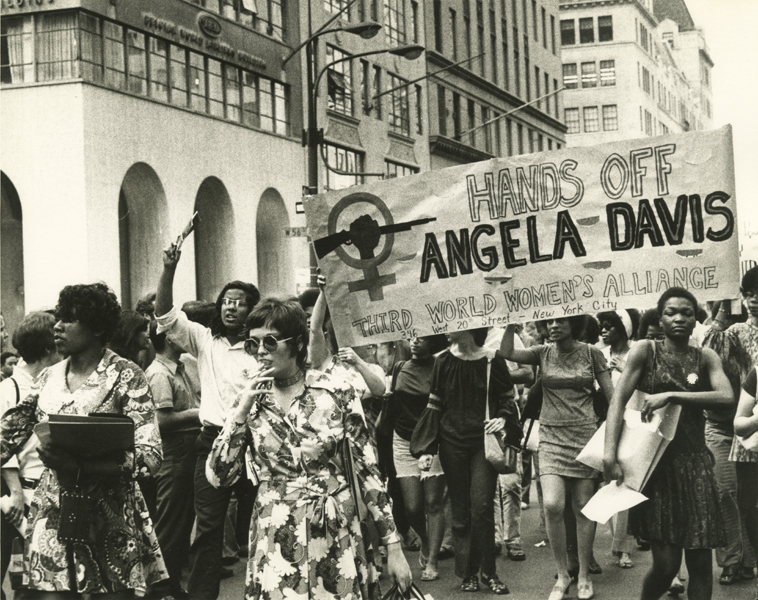