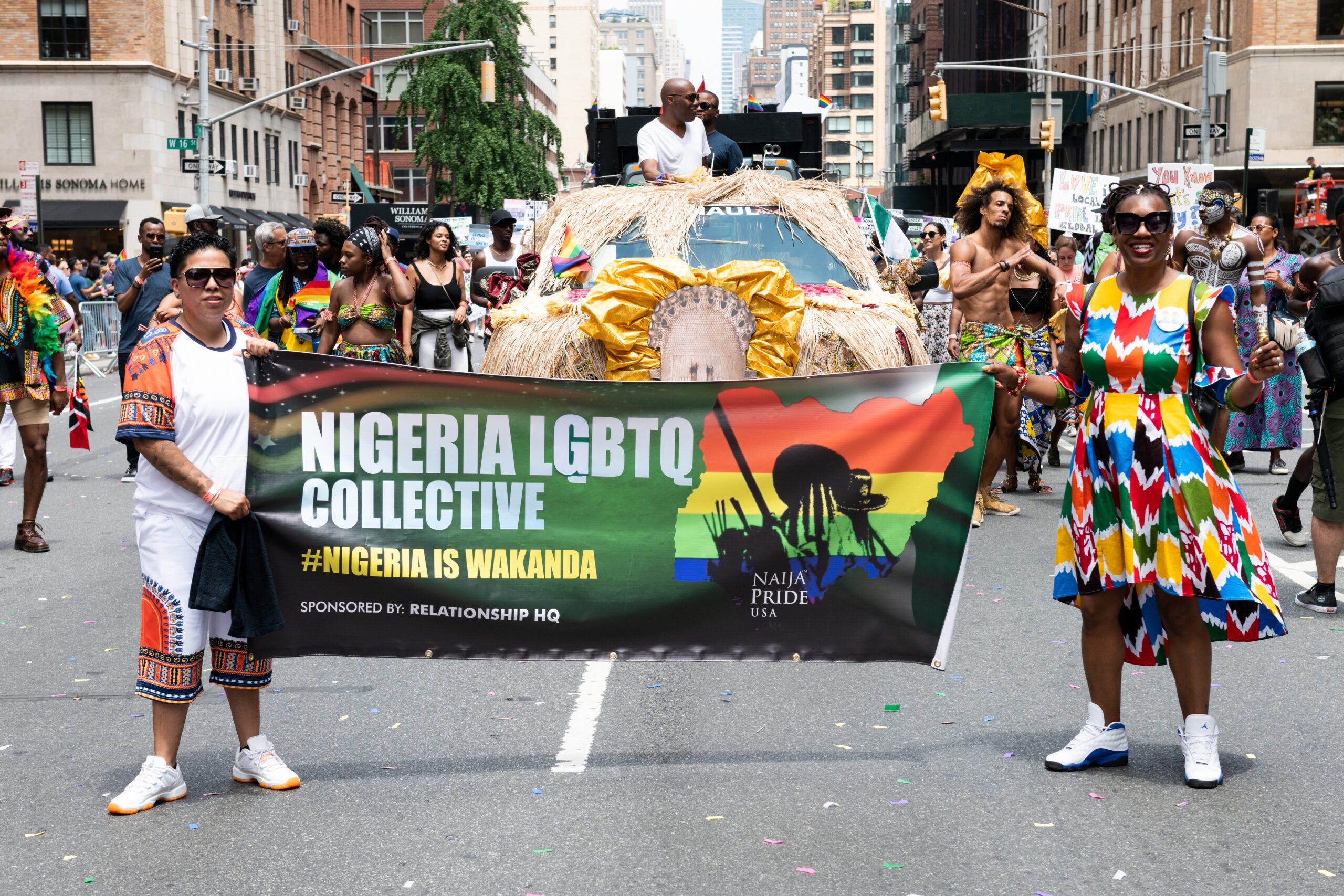 On 4 June, soon after the start of global Pride Month, the Nigerian government moved to ban the use of Twitter in the country. This action was taken when Twitter heeded the cries of Nigerians and took down a tweet by Nigerian President Muhammad Buhari. This tweet, Twitter agreed, incited violence and was clearly against the standing terms and conditions of the platform. Expressing disgust, the Nigerian government passed a bill to cease access to the platform for businesses and individuals.

Similarly, during the #EndSARS protests in 2020, the government moved to pass a social media ban when Nigerians took to various platforms to complain about the country’s rule. As everyone spoke about how they had been affected by the notorious Special Anti-Robbery Squad, LGBTQ+ Nigerians took their own cause to Twitter, listing ways in which their fundamental human rights had also been infringed. This birthed the hashtag #QueerLivesMatter by activist Matthew Blaise. “The Queer Lives Matter video went viral because of the swiftness of Twitter. It is a powerful platform for organising and amplifying the works of local activists,” Blaise told Thought Leader.

In March LGBTQ+ activist Victor Emmanuel took to his Twitter account to announce his solo hunger strike in protest of the Same Sex Prohibition Act (SSMPA). The two-day strike served to create awareness about the injustice queer Nigerians have to endure under the law. “I’ve been very passionate about the queer struggle and liberation movement in Nigeria specifically and Africa at large, but what triggered my one-man protest (that led to the #RepealSSMPA movement) was the event that happened a few weeks prior,” Emmanuel says. “About 77 men in Anambara, an Eastern Nigerian state, were arrested at a party which the police had decided was an illegal queer gathering.”  This would not be the first time the police had profiled people or meetings. In 2017, over 40 men were arrested and in 2018 57 men were arrested for attending parties considered gay gatherings.

He stopped his hunger strike early, however, after other activists advised him that it would be a waste of time since the government “doesn’t care”.

Nevertheless, the support that Emmanuel received on Twitter, and the conversation it stirred, shows the value of the platform to the queer community in Nigeria, especially since other media tends towards being conservative  or censoring.

In a system where queer people are in constant contact with physical bullying and harm, platforms like Twitter have enabled conversations between both progressive and conservative Nigerians on issues such as sexuality.

Whereas for a lot of people Twitter is considered a cesspit of poisonous comments and trolling, it has been a safe way for queer Nigerians to tell authentic stories about themselves. Whether it’s used as sourcing for progressive non-indigenous publications, reaching out to editors not hell-bent on changing narratives/voices, or whether it’s just documenting experiences one Tweet at a time, the platform has been most effective. “Twitter was very instrumental for my coming out. I fully came to terms with my sexuality through Twitter,” says Nigerian-born Chisom Peter, who lives in Benin. “Twitter, specifically, has helped me out. It’s helped me understand myself, and granted a lot of answers to questions I needed to know about myself.”

The community that the platform has enabled queer Nigerians to build is unmatched. It has fostered togetherness and allowed activism. During the 2020 #EndHomophobiaInNigeria campaign activists such as Blaise, Emmanuel and Ani Kayode made a point of drawing attention to the violent killings of LGBTQ+ Nigerians. “The hashtag EndHomophobiainNigeria was a collective effort,” Blaise told Thought Leader. “The name wasn’t my idea, it was Victor’s. My part was to try to trend the video, even though we didn’t officially bargain for it,” he says, explaining how they collaborated on the project.

The campaign was sparked by the report of a gay man who was tricked into thinking he was going on a date, but was killed by a homophobic group.

“If cis-gendered persons are killed, there’s so much interaction and conversation about it; but when queer Nigerians are killed, it is always ignored,” Blaise says. “I therefore feel like it is our duty to highlight these stories especially with social media platforms like Twitter.”

It has been a platform to find love, community and family. Blaise says he also thinks that it is the duty of LGBTQ+ people to try and educate non-queer folks on issues they are genuinely concerned about.

When queer Nigerians fear for safety and the ultimate loss of lives, social media, and Twitter especially, has been a reliable tool to draw attention to the very real issues they are faced with although the positive reception to these campaigns has been met with (very slow) progress.

“People are actually receiving the message, slowly but well. The platform is an open space with very rapid connections, which makes messages of people get out fast. Also, as much as Nigerians are learning about their bigotry, we can see an obvious shift in Nigerians being more tolerant. So yes, the platform is working,” says Peter.

But Blaise concludes: “Queer people have the most things to lose in every situation … I think that queer people suffer two-to-three-times more than non-queer people do. This is because we are very vulnerable in the face of the law and people.”