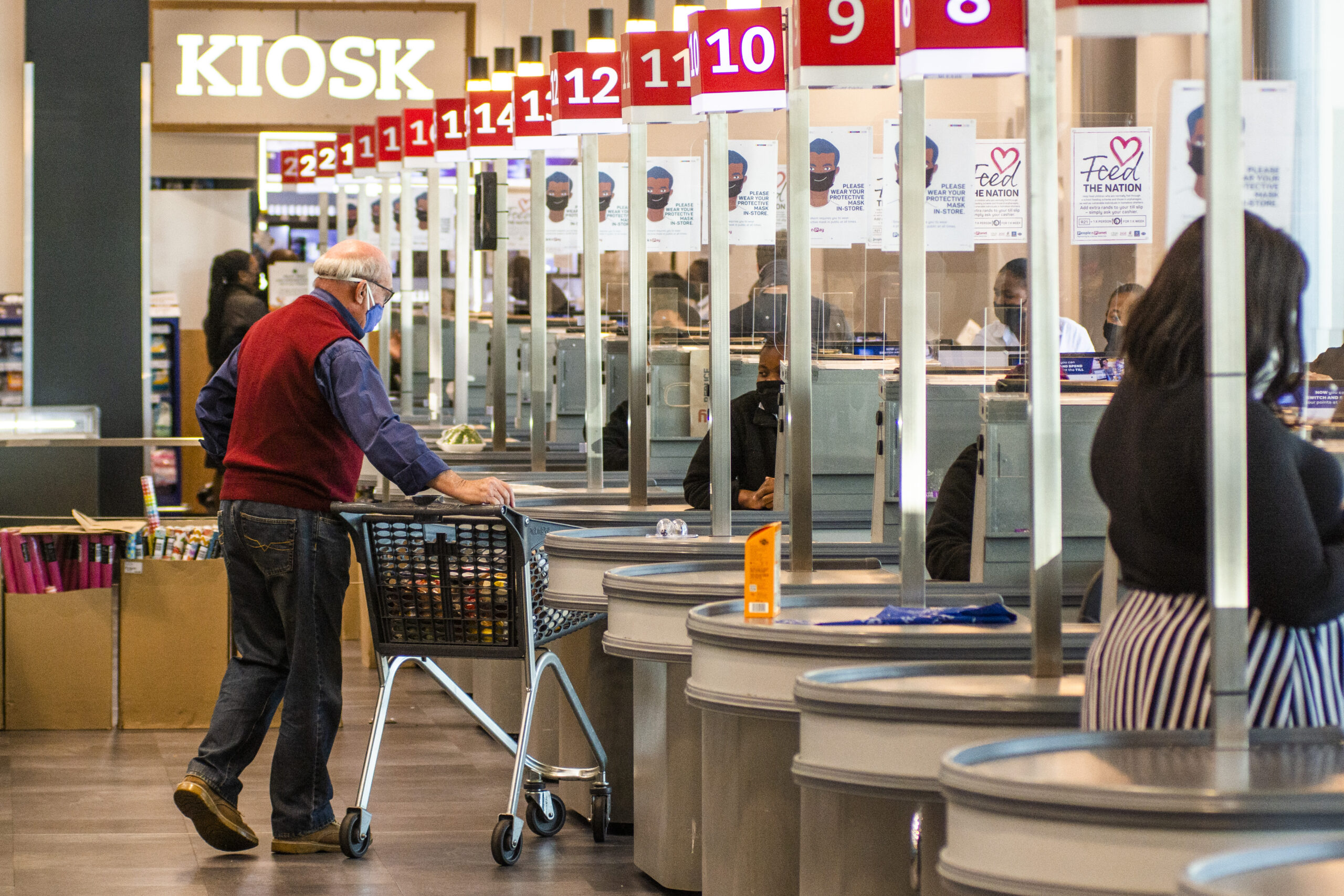 What is the purpose of business?

What Raymond Ackerman, the founder of Pick n Pay said on his 90th birthday regarding the role of business got me thinking. He said it is to do good; care for society and people. In searching for answers to this question, one can draw from two competing theories in business ethics, the stockholder and stakeholder.

Milton Friedman, a leading figure in neoclassical economics, takes a rigid position in his 1970 article, The Social Responsibility of Business is to Increase its Profits: the responsibility of the executive is to maximise profits for the shareholders within the legal framework and ethical code. Friedman states: “In a free-enterprise, private property system, a corporate executive is an employee of the owners of the business. He has direct responsibility to his employers. That responsibility is to conduct the business in accordance with their desires, which generally will be to make as much money as possible while conforming to the basic rules of the society, both those embodied in law and those embodied in ethical custom.”

The problem is Friedman’s main assumption: that the purpose of a business — or what he calls desires of the shareholders — is solely to maximise profits. The reality is there are situations in which businesses define their purpose as something higher than profit. It may happen that in some businesses the executive has majority shareholding and has defined the purpose of the business to include a contribution to societal goals. There are also employee shareholder incentive schemes where ownership is not distant shareholders in the stock exchange. Governments also own businesses in market economies and would, in most instances, define the purpose of those businesses to include developmental objectives.

Edward Freeman, in his  2008 essay Managing for Stakeholders, gives, among others, the example of shareholders of Google, which he states, “may well want returns as well as be supportive of Google’s articulated purpose of do no evil”. Sounds like Ackerman’s understanding of the role of business.

In the South African context, some companies are moving in this direction of a higher purpose than profit. Take the example of the country’s largest medical insurance scheme, Discovery, which defines its purpose as “making people healthier”. Discovery says that by encouraging good behaviour by their customers regarding healthy lifestyles, it generates a surplus to reinvest in encouraging good behaviour, which also generates profit, and benefits society.

According to Freeman’s article, the main argument of stakeholder theory is that “businesses and the executives who manage them, actually do and should create value for customers, suppliers, employees, communities and financiers [shareholders]”. All these parties have a stake in the business to the extent that business decisions affect them and therefore their interests must be taken into account for the overall financial health and sustainability of the business.

Friedman, on the other hand, takes the view that managers have been employed to deploy the resources of shareholders to generate the highest returns for them. For managers to then decide to advance social projects is to encroach on the domain of government and act as civil servants. According to Friedman they would effectively be taxing shareholders and also deciding on how that revenue is to be spent, which is about society’s general welfare. In this regard, Friedman states, “I share Adam Smith’s scepticism about the benefits that can be expected from those who affected to trade for the public good.” In other words, the managers can best contribute to the public good by focusing on making profits that would, in the long run, benefit all in society through taxation by government. In the real world, there are no free markets; the economy is characterised by market failures that render the “invisible hand” ineffective in achieving the greater good.

Friedman confines corporate managers to the private sector and yet what is witnessed in practice is the movement of managers between the private and the public sectors with success, particularly in advanced democracies. There is nothing that is so unique about public policy and its administration that managers in the private sector cannot grasp. In South Africa business plays a critical role in making public policy inputs and has often offered technical support to the government.

One of the criticisms levelled at Friedman regarding the responsibility of managers is that the preoccupation with the stockholder value has, in some cases, led to business scandals. Freeman asserts that: “It has become common wisdom to increase shareholder value and many companies have instituted complex incentive compensation plans aimed at aligning the interests of executives with the interests of shareholders”. He goes on further to say: “Indeed, all of the recent scandals … are in part due to executives trying to increase shareholder value.”

The case that comes to mind in the South African context is that of Tongaat Hulett, when senior executives fraudulently inflated profits. A Biznews article headlined “PwC report implicates ex-senior Tongaat executives”, states: “… and following in the footsteps of Steinhoff, the Tongaat Hulett scandal has been ripped open by the findings of the PwC investigation. It’s a must read for any shareholder as it covers a lot of revenue overstatements and expenses understated.”

What seems to have motivated these executives to inflate profits was to increase the share value, mislead financiers so that the executives gained huge bonuses and benefits. In its turnaround strategy after the implicated executives left, the company had to cut costs, which included cutting jobs.

The proponents of the stockholder model might say, well, the model is clear that executives must stay within the law and ethical code. But what they would fail to acknowledge is the inherent risk of what only matters are the interests of shareholders — and the executives linking their own interests in terms of incentives for those of the shareholders, which creates a fertile ground for wrongdoing. Of course, those found to have broken the law and violated ethical codes must be held to account.

In the past decade, South Africa has not been short of scandals involving large corporations and audit firms. Hopefully the acknowledgement of wrongdoing, accountability and turnaround strategies will bear fruit. One may ask, to what extent can the actions of those who have been implicated in these scandals be attributed to embracing the dominant value in the economic system in general and business in particular, which is the pursuit of individual wealth?

The other attack on the stockholder theory, again by Freeman, is how the stockholder concept of the executive’s role has not kept abreast with developments in the world of business, including in the area of law. Freeman points out that: “In actual fact the clarity of putting shareholders’ interests first, above that of customers, employees, and communities, flies in the face of the reality of law.” The law has advanced in areas such as consumer protection, the labour market and the protection of the environment in ways that force businesses to take into account the interests of all relevant groups.

Fifty years ago, when Friedman wrote his article, it is apparent that, based on his strongly held belief in the single purpose of a business, he never considered an alternative scenario in which the shareholder model would, with the passage of time, gain ground. He could not have foreseen that in the second decade of the 21st century, 181 chief executives of the top American companies would meet to issue a statement on a radically revised purpose of business. In a Business Roundtable statement, “Business Roundtable redefines the purpose of a corporation to promote an economy that serves all Americans”, the chief executives, who have, since 1978, issued statements on corporate governance, giving prominence to the importance of shareholders have, issued a statement that essentially embraces the stakeholder theory. It supersedes its previous statements and in doing so commits to the idea of a free-market system at the centre of which is private ownership.

Their adoption of the stakeholder model, which considers the interest of all stakeholders, does not amount to socialism as some who share Friedman’s views would like us to believe. Some sceptics say the stakeholder model is only nice talk and little action. Yet gender equality, for example, was considered just all talk but today the struggle for the emancipation of women has advanced. There is something good in talking.

The important role the stockholder theory has played in the development of corporations should be acknowledged. But its limitations have, with changing times, become glaring. The stakeholder theory is an idea whose time has come, necessitated by real business difficulties in an evolving and complex global political economy and based on a theory of shared value. It is time that organised business in South Africa, as Raymond Ackerman has done, comes out loud and clear on the purpose of business, particularly in the context of our history, growing inequalities and poverty.