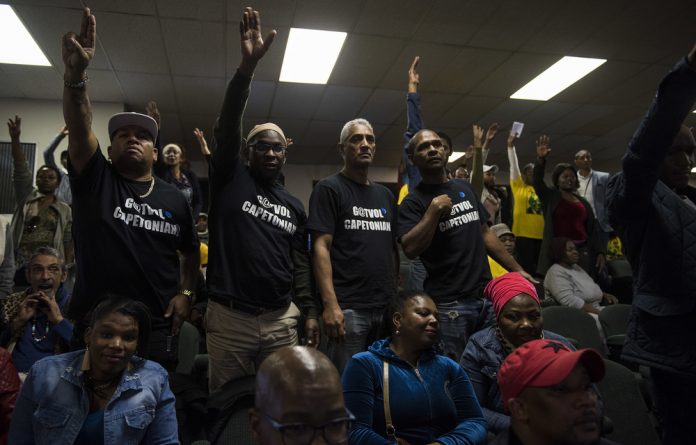 What does the ANC have to say about the Western Cape breaking away from South Africa?

Over the past 18 months, Cape independence has become a hot topic.

We have heard the opinions of the various independence groups such as the Cape Independence Advocacy Group (CIAG) and CapeXit, who are promoting the idea. We have heard from numerous political analysts offering comments from both sides of the aisle. We have had the legal complexities explained to us by competing experts. We have heard the political views of the Democratic Alliance, the Freedom Front Plus, the Cape Party, the Good party, the African Christian Democratic Party, and the Cape Coloured Congress.

But the ANC has been mute.

That is not to say that, behind closed doors, they have not been discussing it. We have it on good authority that it has been on the agenda of at least one national executive committee meeting, and privately, a high-ranking ANC official recently said the ANC fears two things: a tax revolt and Cape independence.

It was therefore of great interest when, on 16 August, the Cape Argus carried a quote from Cameron Dugmore, leader of the ANC in the Western Cape. The newspaper was reporting on a recent poll on Cape independence, which showed that 58% of Western Cape voters now favour a referendum to determine whether the Western Cape should secede from South Africa and form a new sovereign state.

“The unfortunate thing about the statement by Marais [Peter Marais, MPL for the Freedom Front Plus] is that it contributes to the illusion that the Western Cape can become a separate country. This is not going to happen.”

The ANC in the Western Cape is deeply unpopular. In 2019, it obtained just 28.6% of the provincial vote. The poll Dugmore was responding to showed that 89% of Western Cape voters thought South Africa was heading in the wrong direction, and that 73% of voters thought the DA runs the Western Cape better than the ANC. Somewhat embarrassingly for him, this included the majority of his own voters.

This begs the question: on what basis and on whose authority does Dugmore state that Cape independence is not going to happen? Is this a personal opinion? He certainly is not speaking on behalf of the majority of Western Cape voters.

Is he speaking on behalf of the ANC? Is this now their official position? Where does the democratic will of the Western Cape people fit in? What about their right to self-determination, which is guaranteed under international law, to which South Africa is a signatory, as well as in the country’s Constitution?

The DA has already begun preparations for a provincial referendum. On 24 June, it published its intention to bring a private members bill before parliament in the Government Gazette. Sometime soon, there is going to be a referendum on Cape independence.

It is now time for the ANC to break its silence, and to say what they intend to do about a province that wants to vote on whether to leave South Africa and instead chart its own path.