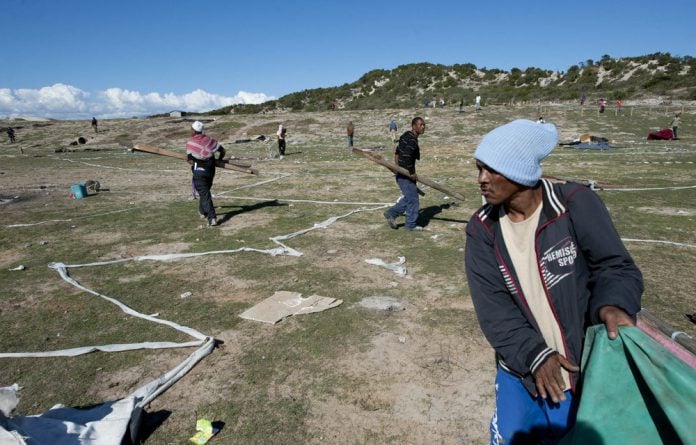 In his 2005 New York Times bestseller titled On Bullshit, American moral philosopher Professor Harry G Frankfurt propounds for the first time a theory to unpack “bullshit” and posits it as follows:

“One of the most salient features of our culture is that there is so much bullshit. Everyone knows this. Each of us contributes his share. But we tend to take the situation for granted.”

According to Frankfurt, bullshitters are different to liars in that: “Bullshitters misrepresent themselves to their audience not as liars do, that is, by deliberately making false claims about what is true. In fact, bullshit need not be untrue at all. Rather, bullshitters seek to convey a certain impression of themselves without being concerned about whether anything at all is true.”

Frankfurt concludes “that although bullshit can take many innocent forms, excessive indulgence in it can eventually undermine the practitioner’s capacity to tell the truth in a way that lying does not. Liars at least acknowledge that it matters what is true.”

Recent developments in the ANC government’s land reform endeavours, more specifically the recently gazetted Expropriation Bill, proves now more than ever that the manure Frankfurt lamented about is not only an American phenomenon. Bullshit, it appears, has also befallen our political milieu. I conclude that nothing represents bullshit better than the legal and political zigzags across the land issue in South Africa.

Less we must condemn, however, and more must we explain. It is common cause that he who alleges must prove. So the burden of proof is on me to prove to the reader, at least on a preponderance of probabilities that South Africa too has entered this odorous state. Entering the fray around land reform, I argued almost two months ago that land reform has been reduced to nothing but a political and academic debate.

That the entire process has been hurdled by vested political interests and continues to benefit the politically connected few at the altar of the previously dispossessed black majority in the name of whom it has been advocated. Ultimately, I concluded that there will be no meaningful land redistribution through the top-down statist approach adopted by the ANC government. Today, as I write, there are two parallel processes both initiated by the ANC using its majority in parliament to address the same issue.

The first is the process of amending section 25 of the Constitution to allow for expropriation without compensation spearheaded by an ad hoc committee that was resurrected in June after the first lapsed when the fifth parliament was dissolved. A committee whose time frames and modus operandi parliament cannot reach a common consensus upon and whose goal post keeps shifting.

The second process is the Expropriation Bill, version 2020. A Bill that seeks to repeal the Expropriation Act of 1975 after it was declared unconstitutional by the Presidential Advisory Panel on Land Reform and Agriculture set up by President Cyril Ramaphosa in September 2018 in its final report.

Any reader with a slight constitutional law background may be wondering when panels in our constitutional dispensation began to have the status of a court of law and the powers to declare Acts of parliament unconstitutional. At which stage it might seem as though the author made up everything. But before the author’s credibility is impugned, let me quote verbatim what Minister Patricia de Lille said when she introduced the Bill:

“This legislative certainty is critical as we rebuild our economy and invest in our communities. This existing Expropriation Act dates back to 1975. The presidential advisory panel report pointed out that it is inconsistent with the Constitution, and the correction of this has been long-delayed.”

Under usual circumstances, even magistrate’s courts cannot declare an act of Parliament or conduct by the president unconstitutional and any declaration of  unconstitutionality by  the superior courts (the high court and the supreme court of appeal) in  terms of section 167 (5) of the Constitution must be confirmed by the constitutional court, which has exclusive jurisdiction on this.

It would do better to remember that this is the era of “bullshit” — the “bullshitters” are doing everything they can to bullshit all of us. Assuming that the Expropriation Act of 1975 is unconstitutional, as found by the panel, and that the ANC is serious about land redistribution, why then did the centenary party move so swiftly to introduce a new Bill to replace the unconstitutional Act when the process of amending the Constitution is still underway?

De Lille tells us the Bill is meant to give effect to section 25 of the Constitution. The Bill we are told differs from the 1975 Expropriation Act in that it will make it mandatory for the expropriating authorities to:

These are legitimate mandatory requirements for every just administrative action, which are also laid bare by the Promotion of Administrative Justice Act (PAJA) (Act No 3 of 2000), which gives effect to section 33 of the Constitution. But isn’t it that the Constitution should serve as the grundnorm and the supreme document that informs all other legislation enactments? Does the ANC already know what the amendment to section 25 of the Constitution will entail or what form its framing thereof will take? It appears some cadres in the party have been bestowed with the gift of prophetic foresight and solomonic wisdom. The ANC’s pre-emptive moves leave so much to be desired about its willingness to amend section 25 of the Constitution to allow for expropriation without compensation.

The entire land reform process in this country has become increasingly difficult to follow; it is chaotic, bizarre and discombobulating. In a word, we’re being “bullshitted”.