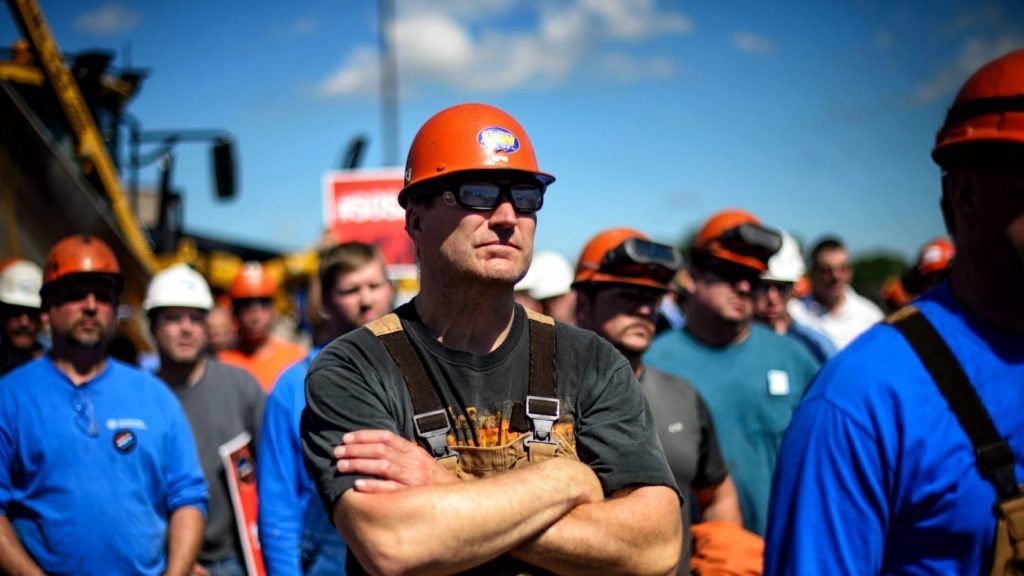 By Ahmed Olayinka Sule on 7 January 2021

Following the recent United States election, some Western pundits have attempted to analyse the justification for the white working class predominately voting for Donald Trump. According to the exit polls, 70% of white non-college graduate men voted for Trump.

The pundits argue that to be poor, white and male is often a marker of underprivilege. They suggest that while politicians pay attention to other forms of bigotry such as racism, ridiculing people for their lack of education, or their social class, often appears to remain acceptable. They quote research on the depth of despair experienced by the white working class as a reason why people should take classism seriously.

Thinkers and politicians from the Global North such as Owen Jones, Donald Trump, Bernie Sanders and Angus Deaton have whitewashed the working class as a “pale and male” collective group. In his book Chavs: The Demonization of the Working Class, Jones mentions white working class sixty times while black or Asian working class does not get a single mention. The well-worn argument among white thinkers that you are not working-class if you are black, Asian, Roma or female needs rethinking.

It does not have to be a case of either classism or racism; it can be both/and. After all, these strands of discrimination are not mutually exclusive. When we narrow our discussion on classism to only white men, we get a whitewashed understanding of what class discrimination is. Similarly, the focus on gender diversity to the exclusion of racial diversity has led to a situation where the patriarchal structure in corporate Britain is now morphing into a white matriarchy that excludes women of colour. Furthermore, the focus on white working-class men would suggest that a sizable portion of non-whites are part of the elites, when this is not the case.

Without a doubt, the so-called white working-class men are getting the wrong side of the stick, however, when one takes other ethnicities out of the class analysis, the suffering by the non-white working class remains unaddressed. The racial disparity audit released by the British government demonstrates that non-white working-class people are at the bottom of the class totem pole. According to the report, Asian and black households and those in the “other” ethnic group were more likely to be poor and were the most likely to be in persistent poverty. It also states that black, Pakistani and Bangladeshi people are more likely to live in areas of deprivation. Black adults were more likely than adults in other ethnic groups to have been sectioned under the Mental Health Act. In contrast, of those receiving psychological therapies, white adults experienced better outcomes than those in other ethnic groups.

The ongoing opioid crisis devastating white communities across America has got the attention of the political, academic and media class. In response to the tens of thousands of Americans dying of drug overdoses every year, the US government declared the opioid crisis a public health emergency in 2017. The Trump administration secured $6-billion in new funding over a two-year window to fight opioid abuse. In the following year, the US Congress passed the single most extensive legislative package addressing a single drug crisis in US history.

In contrast to the recent opioid crisis, the US government declared war on drugs during the crack epidemic of the 1980s, which led to the demonisation and criminalisation of the black and Latino working class. In a 2017 paper titled “The War on Drugs That Wasn’t”, Julie Netherland and Helena Hansen note, “To date, we have seen no move to similarly criminalise white suburbanites for their illegal use of prescription opioids and heroin, even though the scope of this epidemic far exceeds that of crack in the 1980s and 1990s.”

As the black working class languishes in American and British prisons for possessing and supplying cannabis, white investors are lining their pockets launching multimillion-dollar cannabis funds.

From the trans-Atlantic slavery era up to the 21st century, white elites have used the white working class as pawns to maintain their power and white supremacy. White and non-white members of the working class have got the short end of the stick in the Global North’s economic order. However, the power elites resort to the old divide-and-rule principle to keep the two classes separate, in order to eliminate the existential threat the working-class combination could pose to their hegemony.

During the time of slavery, the wealthy plantation owners utilised the services of white working-class overseers to keep the slave plantation running. The overseer directed the work of the slaves and meted out punishment on the black slaves. The Western labour union has a long history of discriminating against ethnic minorities. In Britain, following the immigration of Caribbeans in the late 1940s, the white working-class organised labour union joined hands with employers in restricting job opportunities to black workers. As Lee Jasper puts it, the white working-class has “also been the Labour aristocracy of the world for years at the expense of other nations. White privilege means they expect, and will be treated differently, to their black and Asian neighbours.”

Today, the diversionary tactics used to divide the working class along colour lines takes a different form. Politicians and western pundits often use classism and the invocation of the white working-class man as a red herring to silence the non-whites’ quest for racial justice. When black working-class boys cry out for being criminally profiled, all we hear is, “It’s time to give white, working-class boys a fair shot in life.”

Isabel Wilkerson in her book Caste: The Origins of our Discontents notes, “If the lower-caste person manages actually to rise above an upper-caste person, the natural human response from someone weaned on their caste’s inherent superiority is to perceive a threat to their existence, a heightened sense of unease, of displacement, of fear for their very survival… The malaise is spiritual, psychological, emotional. Who are you if there is no one to be better than?”

Rather than framing classism in competition with racism and setting the white working class against the non-white working class, perhaps it is time for Western pundits and politicians to focus on revamping neoliberal policies such as austerity, offshoring, predatory lending, deregulation, labour flexibility, financialisation and tax cuts for the wealthy that have contributed to the hierarchy of classes.