Walls and razor wire, or acceptance of different others? 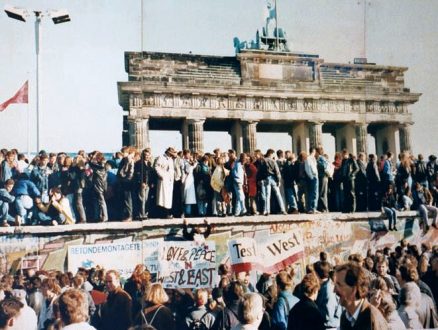 Two days ago, November 9 2019, marked 30 years since the fall of the Berlin wall, and the irony has not escaped some people, that today one witnesses walls going up again everywhere. Nick Miller, in the Sydney Morning Herald (November 2 2019), for example, writes:

Thirty years ago the Berlin Wall fell, pulling the Iron Curtain down with it. Grainy video scenes were imprinted on history: a cheering, waving mass of people chiselling away at totalitarianism. This was more than just German reunification, it was a parable of liberation. A validation. A promise that as much as we push at each other, we’d much rather embrace. Yet today across the world – and especially in Europe, where this promise was made – razor wire is again stretching across borders and dividing people, physically and in pitiless cultural barriers constructed and patrolled by rekindled nationalism.

It is impossible to read this and not think about the wall that Donald Trump has promised to erect — and has been doing so in piecemeal fashion — between the United States and Mexico, nor about the wall(s) — figuratively speaking, at least — that will go up between Britain and European countries, including its nearest neighbour, Ireland, when Brexit is done and dusted. Needless to emphasise, this tendency contrasts starkly with the drive that led to the formation of the European Union with the Maastricht Treaty in 1993, followed by the currency union in 1999, which adopted the Euro as common currency (which 19 member countries, comprising the so-called Eurozone, use).

It is easy to underestimate the achievement that the formation of the European Union and the Eurozone represents. But if one kept in mind that this formal, if not culturally material unification of 28 member states (Britain being the only one that has indicated its wish to depart from the EU after a close victory of the ‘leave’ campaign over the ‘remain’ camp in a referendum a few years ago), involving which there is a long history of conflicts and wars, then it instantiates nothing short of a miracle of sorts. As social theorist Ulrich Beck observed (‘A new cosmopolitanism is in the air,’ 2007: Signandsight.com – Let’s talk European) about the process of ‘cosmopolitanisation’, it is ‘…the erosion of distinct boundaries dividing markets, states, civilisations, cultures, and not least of all the lifeworlds of different peoples’ (2007: 1). And indeed, the formation of the EU did manifest the ‘erosion of distinct boundaries’; but now, only 12 years later, those barriers are being reinstated with a vengeance.

This renewed attempt to establish partitions, instead of enhancing the process that saw their erosion, marks a retrogression in world history, as Beck makes clear in the following (2007: 15-16):

[M]y theory of the ‘cosmopolitan perspective’ … is constructed differently [from] ideas [that] are based on the premise of difference, of alienation, of the strangeness of the Other. Multiculturalism, for example, means that various ethnic groups live side by side within a single state…tolerance means acceptance, even when it goes against the grain, putting up with difference as an unavoidable burden. Cosmopolitan tolerance, on the other hand, is more than that. It is neither defensive nor passive, but instead active: it means opening oneself up to the world of the Other, perceiving difference as an enrichment, regarding and treating the Other as fundamentally equal. Expressed theoretically: either-or logic is replaced by both-and logic.

Here Beck is engaged in an attempt to get beyond binaries in an effort to think what has traditionally been construed as ‘antagonistic opposites’ together, to negotiate them in a paradoxical manner, which tends to open up unheard-of possibilities. Significantly, he points out that the ‘theologians of nationalism’ would find this active cosmopolitan openness to the ‘different other’ inconceivable, because it entails ‘…a break with the ostensibly constitutive fundamental concept of the political as such: the friend-foe schema’ (2007: 14). And it is striking that he cites the European Union as historical example of how this ‘friend-foe schema’ was subverted, and created the opportunity resulting in enemies being ‘successfully converted into neighbours’, via the ‘political art of creating interdependencies’.

All these gains are currently being undone by the flames of xenophobic nationalism manifesting themselves in America, Britain, Hungary, Italy, Spain and elsewhere, fanned by the winds of migration to these and other countries — which need not have such a consequence, however. For instance, Ozy Editors (November 8 2019) point out that:

The legacy of Chancellor Angela Merkel’s decision in 2015 to admit a wave of migrants during Europe’s refugee crisis is playing out in complex ways. On the one hand, it’s leading to a surge in popularity for the far-right Alternative for Germany (AfD)…in unlikely places, such as Germany’s historically leftist bastion of Thuringia. At the same time, the southern state of Baden-Württemberg has found that economics — not politics — is the way to integrate migrants while also beating back xenophobic nationalism. It is training migrants to fill holes in the state’s economy, helping keep overall unemployment low, and incomes high.

Germany seems to be one of the few countries exploring alternatives to viewing migrants as enemies, creating the basis for cooperation and mutual understanding. It is not only through such economic policy innovations that people can learn that there is a potential friend inside someone previously regarded as a foe; the arts comprise a valuable source of learning in this respect. Here I am thinking of a television series that I have written about before — one almost inexhaustible as far as its implications for otherness and difference are concerned — namely the Wachowski sisters’ Netflix web television series, Sense8. 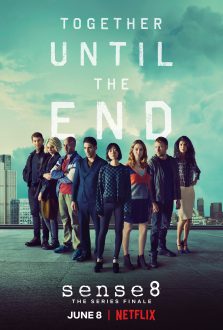 People familiar with the series will know that Sense8 is the biological science-fictional cinematic narrative of a ‘cluster’ of eight young ‘sensates’ — belonging to a new species of human, namely Homo sensorium — that find themselves in the unenviable position of having to use their individual talents and their new-found ability to teleport themselves psycho-kinetically to different parts of the world when their fellow sensates need their help urgently against the organisation (BPO) intent on their extermination.

The narrative pits the agents of xenophobia, racism and heteronormativity against the cluster of sensates, whose members not merely learn to accept one another in their singular constitution as unique beings, but act in such a way that they instantiate a paradigm of mutual acceptance and sensitivity to constitutive differences. The penultimate scene of the extended, concluding chapter shows Amanita and Nomi getting married on the deck of the Eiffel Tower in Paris, the cluster having finally triumphed over their adversaries. The new leader of BPO observes that ‘recent events’ had taught her that ‘no one thing is one thing only’ (something embodied in the sensates), and elaborates on being ‘released’ from the ‘familiar’, finding hope in the ‘unknown’, and despite all the differences among people, and all the forces trying to divide them, the power of love uniting people. Needless to stress, her words are particularly relevant to the lamentable, current re-establishment of barriers between people.

She is followed by Amanita dedicating herself to Nomi by reminding her, and viewers, that we live in a world where people are taught to mistrust feelings, to control, ignore or deny them, because they are supposedly unimportant compared to reason. However, she points out, regardless of the prejudice against feelings, the supposed ‘other’ of reason, it nevertheless ‘humanises’ us, probably more than the latter — we barely understand where they come from and what they are, and yet they seem to understand us better than we do ourselves. And they unite us.