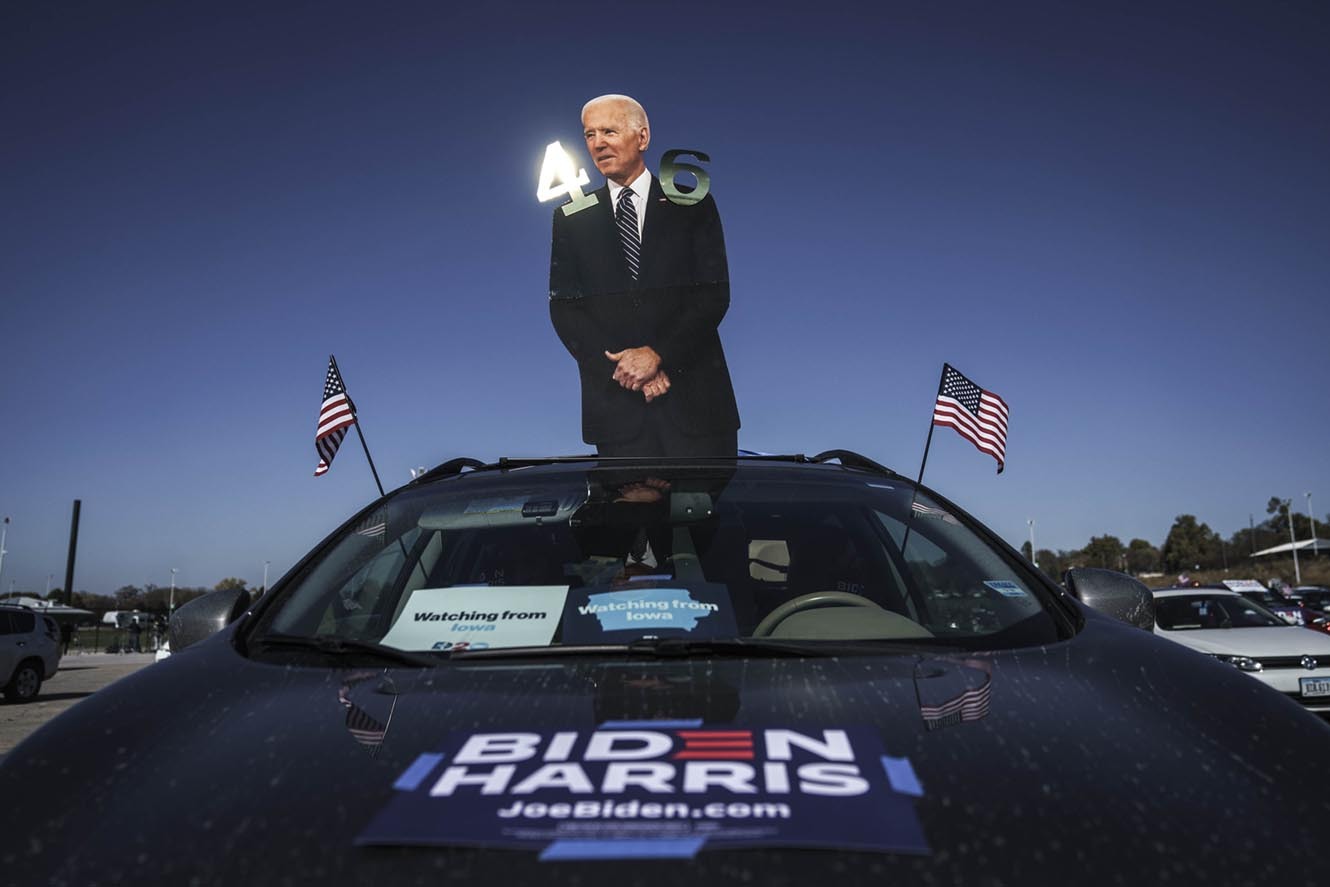 For years, the US has been on a wild goose chase, searching and neutralising external threats to its national security through endless overseas military aggressions. In the meantime, the country continues to deepen its divisions on social issues, issues of race and gender, and the economy.

In a lead-up to the first US presidential debate, Trump questioned Biden’s mental and physical health and labelled his counterpart as a “dumb guy”. His despicable moral compass and absence of empathy led him to lampoon the rival Democrat nominee as a senile aging man using the moniker “Sleepy Joe,” (despite his own documented slow and halting descent down a ramp).

His vilification widened splits in American society. During his term, increasingly stark disagreements between Democrats and Republicans on economy, racial justice, climate change, law enforcement, international engagement and a range of other issues intensified from just being about politics and policies to becoming differences on core American values or concerns that other’s win would lead to “lasting harm” to the US.

After the former WWE star failed to upset Biden psychologically, influence voters and leap forward in popularity in a messy environment, Trump then provoked his supporters to invade the Capitol and pose risks to the US national security. This is the kind of behaviour normally attributed to transnational terrorist groups the US administrations claimed were located elsewhere the world.

The events at Congress were a reflection of what Trump has sowed in the last four years. Jacob Chansley is an Arizonian QAnon conspiracy theorist who was photographed wearing horns and who allegedly left a note for former Vice-President Mike Pence in the chamber of the US Senate. He is perhaps a small representative of Trump’s new, hostile breed who are prepared to become involved in a “violent insurrection that attempted to overthrow the United States government.”

It is true that federal prosecutors in Arizona retreated from the team’s initial ominous assessment that the Trump-backed horde of rioters intended “to capture and assassinate elected officials”. Still, President Biden should now order an inquiry to identify shortcomings in US homeland security and why law enforcement agencies could not prevent such a shocking episode.

The raid did suggest that QAnon’s influence and reach grew during Trump’s presidency. The QAnon movement views Trump as its hero and believes he is waging a secret war against elite Satan-worshipping paedophiles in government, business and the media, speculating their fight will culminate in the arrest and execution of prominent people, including former presidential candidate Hillary Clinton. Trump himself hasn’t concealed his support for the QAnon activists and extolled them as “people who love our country”.

Nearly half of Americans have heard of QAnon, doubling the number of just six months ago. The most appalling finding: despite a majority of the people surveyed rejecting the theory, 41% of Republicans said it was good, somewhat good or very good for the country.

The Biden administration needs to take steps to immediately stop and gradually reverse the nasty trend from profounder penetration and polarisation of American society, which may spark civil unrest in the US.

No clique of rioters should be allowed to propagate let alone impose its ultra-conservative thoughts on other people in a way that undermines the security of the state and punches chinks in the social fabric.

Trump’s fanatical notions, as well as devastation in the pandemic-hit economic and public health arenas, are reasons Americans shifted their confidence from Trump to Biden.

In his first speech after winning the election, Biden promised to bridge the bitter divisions by unifying red and blue states, discarding harsh rhetoric and lowering the temperature in the room. The new president is starting down the right path; nevertheless, he needs to prudently extend his willingness to seek harmony to include hardcore elements in the Republican Party.

At home, domestic Trump’s indecision to integrate polarised American communities, combined with a failed coronavirus strategy, has laid bare risks to US security as well as its social and economic stability. On the other hand, his blunt criticism of China, the EU and other states and organisations has alienated the country internationally.

Other than managing the pandemic and stimulating the national economy, Biden should deploy his diplomatic and political acumen to tackle the violent culture taking root in American society and mend ties with the only growing economy in the world, China. Although reengagement with Beijing would require plenty of guts from him, it still remains the way to help the US rid of these multipolar crises.