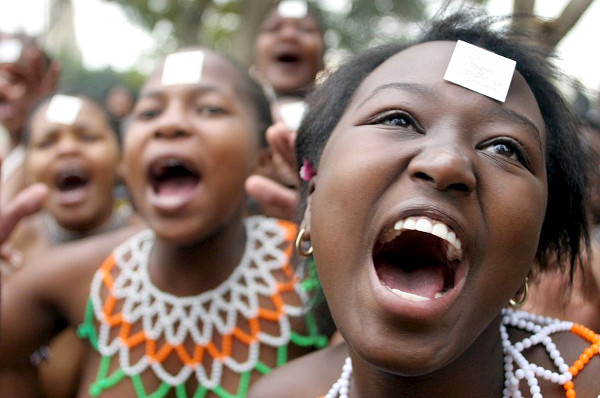 Ubuntu and eco-feminism as an antidote to neoliberalism

How many people have noticed that neoliberal capitalism undermines the values of ubuntu (“I am because others are”) as a traditional African practice? And how many know that ubuntu and ecofeminism share some fundamental principles and values? I know of at least one such person, and her work in this regard is extremely significant.

In her doctoral thesis in philosophy – “Whither South Africa: Neoliberalism or an Embodied Communitarian Indigenous Ethic?” (NMMU 2014) – Inge Konik, Postdoctoral Fellow in Philosophy at the University of the Free State, tackles the problem of neoliberalism’s erosion of communities, and the potential role of ubuntu practice and ecofeminism in restoring the latter, head-on. It is an impressive piece of work, not least because it is a welcome critique of neoliberalism – or more accurately, neoliberal consumer capitalism – as the source and driving force responsible for the many-sided social and ecological crises unfolding on planet Earth today.

Unlike many such critiques, however, Dr Konik’s combines the uncovering of the theoretical and practical grounds of the developing crises with the identification of sound alternatives to the present hegemonic dispensation, namely a fusion or systematic cooperation (“transversal dialogue”) between ecofeminist social and ecological strategies, on the one hand, and an indigenous African communitarian ethos structured around the idea and practice of ubuntu, on the other. Her reconstruction of the provenance of neoliberal capitalism in the course of the 20th century uncovers its economic foundations, as well as its ties to institutions such as the IMF and the World Bank, that support, maintain and expand its penetration of global societies. “Developing” countries are the latest of its targets, of course – the 2010 World Cup in South Africa was primarily part of this continuing economic colonization of Africa.

Dr Konik highlights the ironies pertaining to taxpayers’ rescue of failing corporations and banks in the wake of the 2008 financial crisis in the US, which is just one of the many aspects of this study which makes it imperative that its findings be made much more widely accessible than in the esoteric format of a doctoral thesis. My writing about it here is an effort to contribute to this process – the more the public can be made aware of the contradictory character of neoliberal capitalism, the better. She thoroughly dispels the illusion that the world’s poor actually benefits from the neoliberal policies implemented by the “unholy trinity” of the World Bank, the IMF and the WTO. Even more importantly, Dr Konik uncovers neoliberalism’s detrimental impact on social and natural ecosystems in no uncertain terms.

Her chapter on neoliberalism and the “development syndrome” is, in my judgment, a tour de force in terms of the thoroughness and irrefutability of the research – her findings, which bring together the research of many other workers in the field, should disabuse anyone of the illusion that neoliberalism as an economic model benefits the world’s population as a whole, and not mainly the multinational corporations and the international as well as local elites who, because they are its beneficiaries, cooperate with the implementation of the “development”-initiatives spearheaded by the “unholy trinity” (mentioned above).

Where she focuses on the impact of neoliberal capitalism on South Africa she provides a powerful antidote to the rhetoric of all the apologists of this system, notably those, in government as well as in the private sector, who have benefitted (and still do) from it in material terms. As an aside, one should note that the ironies abound here, for instance the fact that Nelson Mandela, who could still, a few months before his release from prison, pen a note to his comrades to arbitrate in an internal debate, to the effect that the “nationalisation” of industry is an “unnegotiable” ANC policy principle, could, shortly afterwards, embrace globalization, and with it, neoliberalism, as a fait accompli, and hence as something inevitable. Add to this the fact that the newly amnesiac ANC-led alliance finds itself in cahoots with the very neoliberal institutions that previously supported the nationalist apartheid regime.

Dr Konik traces the historical trajectory from colonialism through apartheid to the vicious assertion of neoliberalism as an undeniably neo-colonial phenomenon in post-apartheid South Africa, and one which is far more subtle and powerful than its more overt predecessor. This is most welcome: by exposing the capitalist underpinning of colonialism she reminds one of the (often-ignored) economic context in which modern racism emerged, arguably as a function of capitalist exigencies like resource-extraction in colonies. Neither does she omit reminding readers that domination cannot happen without the tacit cooperation of “ordinary people” – this was true of Germany during the reign of National Socialism, of France during the Nazi occupation, of South Africa under apartheid and now, again, of the world, including South Africa, under the neoliberal regime. The spectacular success of neoliberalism is at least partly ascribable to the fact that, of all ideologies, it most effectively disguises its ideological character, and most people blindly play along with its behavioural imperatives.

The intricate links that bind together neoliberal capitalism, consumerism and the codes that govern gender roles, are deftly unmasked, effectively repudiating those widespread claims that people (in particular South Africans) today live in human rights-based democracies that “guarantee” their freedom. Dr Konik shows that, although this remains invisible to the vast majority, “freedom” has been hijacked insofar as subjectivities have been invaded by neoliberal ideology which inculcates fantasy-based aspirations to patriarchy-informed celebrity status articulated along lines of globalised gender-differentiation. What remained of a sense of indigenous community (gender-) identities has been obliterated by the individualistically oriented virus of competitive capitalism, by and large. In both cases the result is an astonishingly effective depoliticization of individual subjects, which is all the more astounding in the South African context, given the history of resistance to colonial and apartheid domination.

In the fifth chapter Dr Konik offers her “therapeutic” proposals, which centre on an envisaged “transversal” dialogue and alliance between the indigenous African ethic known as ubuntu, on the one hand, and a resonant “cousin” discipline, namely ecological feminism, on the other. This is possible because of what they share in normative terms, namely a non-dualistic emphasis on “embodied knowing”, “relational livelihood”, “caring”, “subsistence labour” and human “embeddedness” in nature. These values, incarnated in specific practices, stand in stark contrast to the values of neoliberal capitalism, which have been exposed as being destructive of human and natural ecosystems.

Furthermore, the values recuperated by ubuntu and ecofeminism are shown as bringing together the concerns relating to postcolonial, ecological and gender (particularly women’s) issues insofar as these have suffered egregiously under the impact of the neoliberal hegemony. I don’t have to elaborate on the erosion of traditional ubuntu-practices in South Africa by neoliberalism’s inculcation of greed in people – when one reads in Sunday newspapers about the financial excesses of families in high places (ostentatiously spending millions of Rands on weddings, yet “pleading poverty” while millions of their compatriots languish in real poverty), one would be forgiven to think that ubuntu-practices have all but disappeared.

Inescapably her initiation of the kind of dialogue called for here must issue in a “politics of transversalism” which could potentially unite what is at present a scattered diversity of anti-capitalist or anti-globalisation movements, and which holds the promise of revitalising the alternative globalisation movement, perhaps finally offering an effective and attractive alternative to the neoliberal regime.

And the restoration, not only of women to their rightful, acknowledged, indispensable place of equal dignity and creativity in society, but also the recognition of the work of ecofeminist thinkers and activists as Ariadne-figures providing the thread out of the present maze of ideological blindness and confusion, is long overdue, something to which Dr Konik’s important work in this thesis can potentially contribute significantly. Needless to say, I, for one, share her sense of urgency, to reach a point where Ulrich Beck’s remark (in his reflections on cosmopolitanism) no longer holds, that today “the only thing worse than being overrun by the multinationals, is not being overrun by them”.

Published in Business, Environment and General