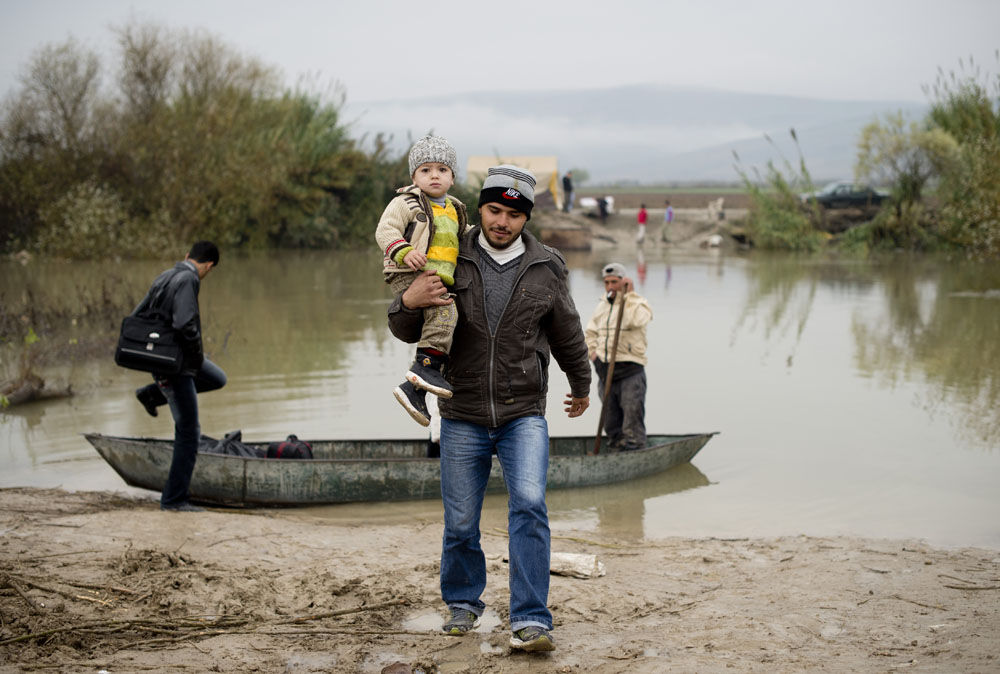 There are currently more than 65-million refugees and displaced persons in the world. It is one of the biggest human rights crises of our time, and deserves as much media attention as possible.

But what refugees don’t need is to have their plight reduced to a fashion statement. “Refugee chic.”

On Friday, there was a brief kerfuffle over Aspasia Karras’ editor’s letter in the latest issue of Wanted magazine. She explains that she was visiting her parents’ home on the Greek island of Samos last August, and on her morning runs she would encounter groups of refugees, just off the boat, walking into town.

In the final paragraph, Karras wonders what one would take on such a journey: “What would you wear if the clothes on your back were the only thing between your devastating reality and an uncertain future?”

She continues: “The answer for most people seems to be denim — the great equaliser. Hardy, durable, stylish, can dry on one with pleasing results and instantly recognisable as a contemporary marker of modernity. For refugees from Syria, Iran and Afghanistan it was the garb of choice.”

I don’t wish to speak for refugees, but I sincerely doubt being stylish is a priority when you’re running for your life.

What really made my stomach churn was the phrase can dry on one with pleasing results. Do you know when a refugee’s clothing is soaked through? It’s when they have to wade ashore after days on the open sea. When their boat capsizes. When they drown.

I think of three-year-old Alan Kurdi’s tiny body being carried off a Turkish beach, his denim shorts wet and covered in sand.

This breezy comment about an event imbued with trauma is staggeringly insensitive. Karras takes a genuinely poignant question — what do you take with you when you flee? — and turns it into fashion.

On Twitter, she seemed baffled by the reaction, saying she was willing to discuss concerns and asking where she was being insensitive. To journalist Ilham Rawoot, she explained that what refugees chose to take on their journey and “wear into the unknown” was hugely important to them: “people discarded piles of clothes on the way”.

On Saturday, she tweeted, “I unreservedly apologise for any offence caused — humour was not the appropriate way of addressing this serious issue. Sincerely humbled by the corrective power of social media.”

Leaving aside the question of humour for the moment, this isn’t the first time Karras has come under fire for being out of touch. She was editor of Marie Claire when the magazine launched their controversial #InHerShoes campaign last year, for which they ended up apologising. (Note: I wrote a column criticising the campaign at the time. Subsequently, Karras and I took part in a televised discussion with Iman Rappetti on eNCA.)

Nor is it the first time she’s used the narrative of meeting refugees while running on the beach. She wrote about it in an editor’s letter for Marie Claire last year, and in January in an op-ed for the Sunday Times fashion section. She mentions young men asking her for selfies in all three pieces. She mentions clothes: In January it was young women, “many in a pair of damp jeans from the crossing and a simple headscarf” (there’s the denim). For the MC ed’s letter, she wrote, “Along the road you see little piles of freshly abandoned clothes.”

This repetition of a story, including in editor’s letters for two different publications, is decidedly odd in itself. What concerns me is that Karras consistently centres herself in the narrative: she is the one running on the beach, watching the outsiders arrive, being stared at and asked for selfies. The ST column is about women being allowed to wear what they want; the refugees are merely a narrative vehicle.

The MC editorial is in fact very moving, but why has Karras glommed on to the story in this way? On Twitter, journalist Mandy de Waal described it as “wilful reduction”: “Another’s story (object) becomes all you (subject) so you can make of it what you will.”

There’s the rub. There’s nothing humorous in any of the three pieces, so it’s unclear what exactly Karras was apologising for in her tweet. Instead, the refugee narrative becomes romanticised — the journey, the struggle, the clothes on their backs, the surprise at seeing the white woman in her running gear. There’s an unspoken question: What can we learn from their pain? It is distinctly self-serving.

The West has a long history of fetishising suffering and struggle. It’s a bad habit, especially when we do it to the “other”. As journalists, we have a responsibility to tell others’ stories without turning them into an object of pity for our own edification.