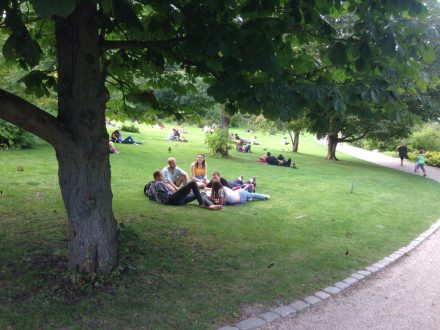 Copenhagen is a beautiful city. It is also a financial black hole for South Africans. With a currency that is constantly edging lower against international currencies because of an inept and corrupt ANC government which cannot manage the country’s economic relations in such a way that its toxic internal political conflicts do not impact negatively on them, South Africans can hardly afford to visit this city. Add to this that the exorbitant prices of everything here — even supermarket food — functions as a kind of economic exclusionism, and it tends to undermine the enjoyment one might have had of what the city has to offer.

My reference to ‘economic exclusionism’ is not arbitrary. We have experienced it before, in Basel, Switzerland, where a restaurant owner, to whom we had complained that we could not even afford to have a cappuccino (at the equivalent of R80 a cup), blithely admitted to us that the exorbitant cost of living in Switzerland was a way of ‘keeping undesirable people out’. Imagine our shock in Copenhagen when we found that a cappuccino here costs even more than in Basel — between R90 and R95 a cup — that is, the equivalent of about three cups in South Africa. And try fish and chips at the equivalent of about R300-R320 in Danish Kronen! For businesspeople and government officials with bottomless expense accounts Denmark may be a good option, but for academics it certainly is not. I don’t think Copenhagen will see us again. 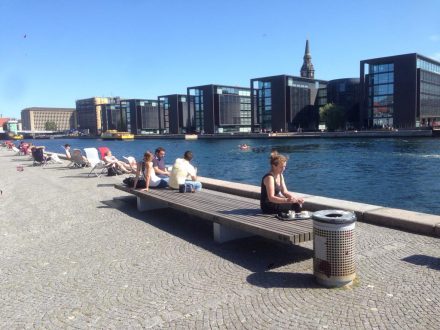 We are here for the biennial International Society for Theoretical Psychology conference at Aarhus University, and at least as far as this is concerned, the visit has been rewarding. Not only have there been excellent papers on the theme of Living in an Accelerated World, but the conference food has been the best that I can remember. As my partner remarked, it feels as if we have been eating in an upmarket restaurant every day.

What has been especially gratifying for me, as an uncompromising enemy of neoliberal capitalism, is the large number of papers that are relentlessly critical of this inhuman system of exploitation. Clearly more and more reflective people have been noticing its deleterious effects on social as well as ecological relations. This has manifested itself in sustained analyses of the neoliberal anthropology underpinning its practices, for example the erroneous image of human beings as mercilessly competitive beings, who do not have the capacity to cooperate with others for the sake of a better world, and have no sympathy for anyone who, in Donald Trump’s moronic view, is a ‘loser’. For neoliberalism, the world consists of only two types of individuals: winners and losers, with the consequence that it is a completely un-nuanced view of the world.

Furthermore, several papers reflected the determination on the part of psychological practitioners and theorists, to unmask the pretensions of neoliberalism as being nothing other than ways of harnessing individuals’ creativity — in the shape of supposed self-actualising entrepreneurialism — for ever-greater profits on the part of employers. The so-called ‘gold-collar worker’ is a case in point — such people are lionised by companies (and even universities, in the case of exceptional academics), and are sometimes paid handsome salaries, which are insignificant compared to the value they impart to the companies concerned, however. Needless to say, many presenters reminded one that the concomitant socioeconomic inequality is at the root of many of the most egregious mental or psychological sufferings in contemporary society.

In a more critical vein, however, what emerged from the research shared at the conference is a growing awareness that the crucial difference between the previous phase of capitalist development and its present incarnation is that, in a Foucaultian idiom, earlier capitalist techniques of discipline turned workers into ‘politically docile bodies’, which were nevertheless economically productive. Today, however, in a relentlessly accelerating world, capitalism encourages everyone to seize upon their own ‘freedom’ in multiple ways, ‘marketing’ themselves for the sake of ever-greater productivity.

In other words, the penny has dropped that freedom can be exploited, with far better economic results than coercing people into working. The price that individuals who take the bait pay, psychologically speaking, for the successful harnessing of their ‘freedom’ – which means that they willingly work harder and longer hours, expect more from themselves and go out of their way to compete with others, including their friends – is mental fatigue, stress, anxiety and often chronic depression or, as it is labelled today, ‘burn-out’.

To be more specific, here are the telling titles of some of the symposia and papers that represent a frontal attack on neoliberalism: ‘The acceleration, marketisation and streamlining of everyday life’; ‘Streamlining life in young people’s discourses on the future’; ‘Slowing down in an accelerated world. Recreation in a profit-oriented market’; ‘What is the significance of daydreaming in a “speed-up” world?’; ‘Psychologists, psychology and the intensification of work: psychologisation as a sample of labour flexibility, intensification and precariousness’; ‘Distributed self-control? Laptops, distraction and classroom rules charts’; ‘The development of market-driven identities in young people in advanced capitalism’; ‘The Handmaid’s Tale: Psychologies of deceleration in an era of acceleration’; ‘A brief history of the neoliberal citizen’ [One of the best critical papers I attended, and one that spelled out, in alarming detail, what neoliberal practices are doing to people’s mental health]; ‘The subject lagging behind the acceleration of neoliberal capitalist discourse’ [Another excellent paper on the need to wake up to the fact that capitalism has reached the point where it is consuming itself, and with this, the subject]; ‘Mindfulness in an era of acceleration’; ‘Critical psyche-analysis; an oxymoron of objection in an era of truthiness and objective acceleration?’; ‘Neoliberalism and educational psychology: dangers of growth mindset’; ‘The seducer as rebel — Motivating the revolt’; and ‘Stop, breathe, and hurry up! Mindfulness meditation in the age of its technological reproduction’.

These are only some of the papers that directly confronted the diverse ways that the neoliberal ideology and its associated practices are affecting people’s behaviour and (lack of) psychological health. I have to single out the last two papers listed above, though, both of which were presented, passionately, by two young people — the first one (on the ‘seducer’) by a young Danish graduate student, Sebastian Tobias-Renstrøm, and the second (on the technologisation of meditation) by a young Austrian doctoral candidate, Laisha Chlouba.

In his presentation Sebastian intimated that he and other students like himself were desperately looking for an effective way to combat neoliberalism, given the fact that it has been unbelievably successful. (As Lacan once remarked, it is the cleverest discourse that humans have ever invented.) Nevertheless, they are determined to find an avenue towards ‘the revolt’, and he enlisted several thinkers who are pointing in directions worth exploring, such as Slavoj Źiźek, who advocates ‘doing nothing’ — which should not be construed as negativism, but as an injunction to defuse the consumption machine of capitalism by refusing to consume (something that resonates with Ulrich Beck’s reminder to consumers that they have tremendous power — ‘the power not to buy’).

Sebastian further invoked the work of Bernard Stiegler, particularly in his States of Shock (2015), where he insists that capitalism has succeeded, by and large, to undermine the task of universities, to teach students how to ‘think’, and pointed to strategies that may awaken this indispensable critical faculty.

Laisha, in turn, introduced her audience to the cynical appropriation, by capitalism, of Buddhist meditation practices via apps such as ‘Buddhify!’ This comes with the full monty of measuring capabilities, such as meditation results-tracking and mood-gauging mechanisms, as well as — adding insult to injury — pointers for increased productivity, no doubt the contradictory sting in the tail of this oxymoronic app which, as Laisha laconically remarked, is probably not what the Buddha had in mind with meditation. What gave me hope for the future — and the ‘devoutly to be wished-for’ (with apologies to Shakespeare) demise of capitalism — was the unrestrained passion of these young people, who have evidently had more than enough of a heartless, unconscionable economic system which is driving people to desperation and the planet to destruction.