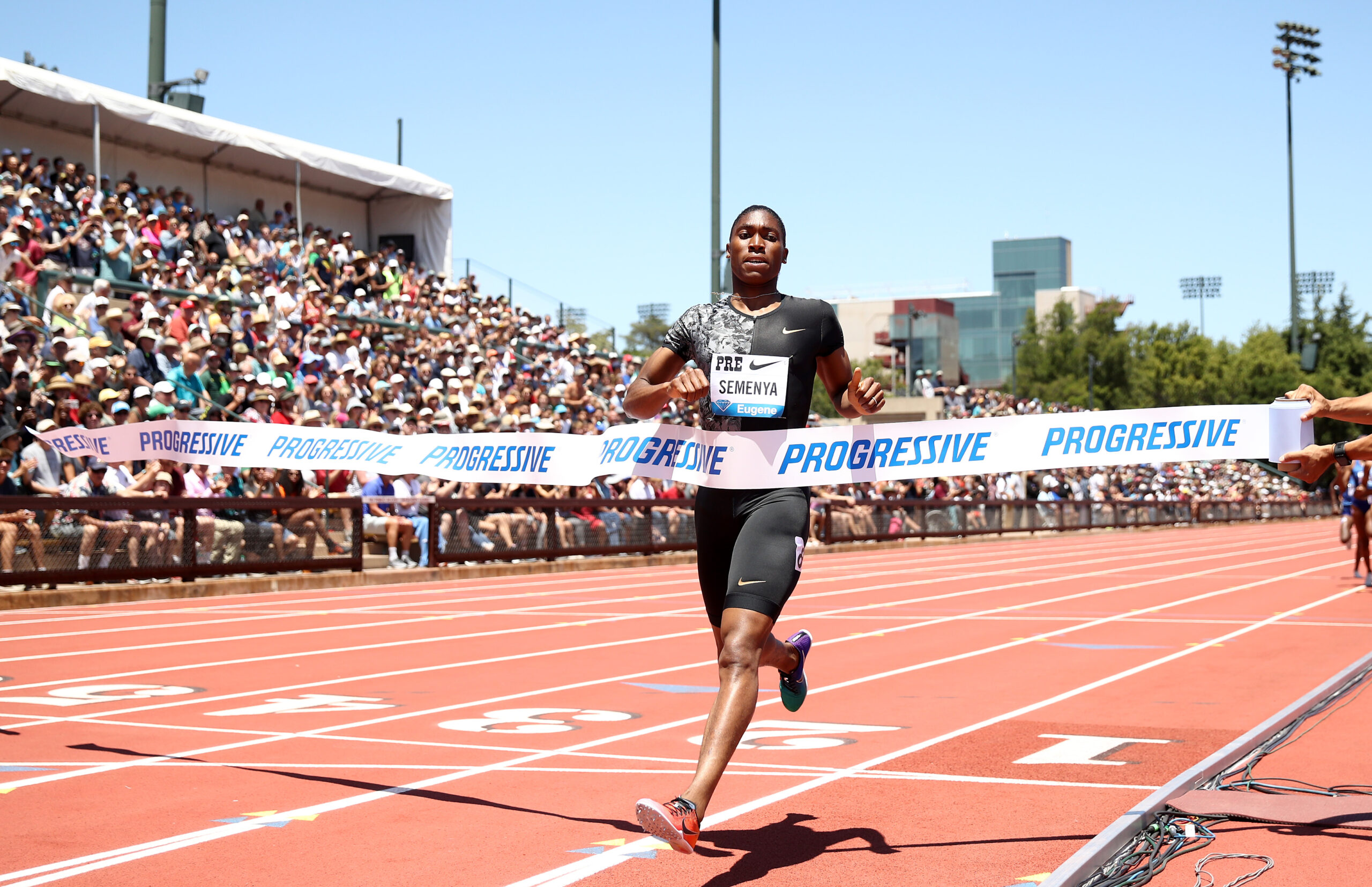 Semenya is asking the ECHR to find that Switzerland failed to protect her from human rights violations by World Athletics.

Her case stems from the 2019 confirmation by the Court of Arbitration for Sport (CAS) of the DSD regulations’ validity, as a result of which Semenya was barred from racing against other women in events restricted to persons classified as female at international competitions unless she met eligibility conditions. The Swiss Federal Supreme Court rejected Semenya’s appeal, upholding the CAS’s ruling that had found that, while the DSD regulations were discriminatory, “such discrimination is a necessary, reasonable and proportionate means of achieving the legitimate objective of ensuring fair competition in female athletics in certain events and protecting the ‘protected class’ of female athletes in those events”.

Semenya is now challenging the fairness of this discrimination and the continued use by World Athletics of the “demeaning and intrusive” DSD regulations that subject women to “humiliating and invasive physical examinations followed by harmful and experimental medical procedures”.

Is the discriminatory character of the DSD regulations justifiable?

It is undisputed that the DSD regulations are discriminatory in that they negatively affect women athletes in particular. The more contentious question is whether such discrimination is justified.

In order to answer this question, there are two considerations:

i) is the discrimination for a legitimate objective?; and, if so,

ii) is the discrimination a necessary, reasonable and proportionate means of achieving this objective?

Does the discrimination pursue a legitimate objective?

In other words, is the objective of ensuring “fair competition in female athletics in certain events and protecting the ‘protected class’ of female athletes in those events” a legitimate one? One has to consider language used in defining the “protected class” of women whom the DSD regulations seek to protect. The regulations clearly exclude women with differences of sex development from the so-called protected class of women. These women are seen by the IAAF as having defects that warrant their exclusion from competing with “normal” women. As a result, this identification of a “protected class” of women athletes is based on discriminatory assumptions and views based on gender stereotypes.

As aptly stated by UN human rights experts, these regulations “effectively legitimise the surveillance of all women athletes based on stereotypes of femininity” with the effect of singling out a group of women athletes, “putting them at risk of repercussions far beyond the inability to compete while also subjecting them to shame, ridicule and intrusion upon their personal and private lives”. The DSD regulations are also harmful because they imply that some “women need to be ‘fixed’ through medically unnecessary interventions with negative health impacts”.

The goal behind such identification – involving the regulation of predominantly black women’s bodies through the use of science – is eerily reminiscent of eugenic theories. At the base of eugenics is a rejection of the doctrine that all human beings are born equal. In the same vein, as a result of the DSD regulations, athletes such as Semenya and other women athletes are not treated as equal. Just like believers in eugenics worked hard to “cleanse” the gene pools in the 1900s, the IAAF will indirectly, if not directly, drive black women athletes out of sports.

Annet Negesa is a Ugandan athlete who was told that she needed to take medication if she wanted to run again. After undergoing several medical tests, Negesa was advised by IAAF’s medical adviser and surgeon to undergo surgery. In a devastating but perhaps predictable unfolding of events, Negesa’s recovery was long and painful. Despite beginning training again, Negesa never regained her fitness levels and her university cancelled her scholarship. Her athletics career came to an abrupt end.

Cases such as Negesa’s and Semenya’s work as catalysts. Numerous women athletes from the Global South grow up in poverty. A successful athletic career may often be the only way to escape this poverty. Yet, women athletes’ bodies, especially black women from the Global South, are often sites of rigid regulation and control by the IAAF – a continuation of historically discriminatory and invasive regulations that ruin lives.

Semenya wants an end to these human rights violations against women: “This fight is not just about me…it’s about taking a stand and fighting for dignity, equality and the human rights of women in sport. All we ask is to be able to run free once and for all, as the strong and fearless women we are and have always been.”

In light of the above, there is a strong argument to be made that the discriminatory DSD regulations do not pursue a legitimate objective, as it is both inherently misogynistic and racialised.

Is discrimination necessary, reasonable and proportionate?

Even if the ECHR should find that such discrimination pursues a legitimate objective, the second question still remains: is the discrimination justifiable in human rights terms, meaning that is it a necessary, reasonable and proportionate means of achieving this objective?

The answer is an emphatic no. The DSD regulations are not consistent with human rights and cannot be justified as necessary, reasonable, or proportionate. This has been confirmed by several actors in the human rights community, including UN human rights experts, the UN High Commissioner for Human Rights (OHCHR) and civil society organisations.

As detailed in a Human Rights Watch report, the DSD regulations unfairly discriminate against women and violate women’s right to privacy and dignity,  subject women to arbitrary surveillance and coercion and social stigma, and negatively impact their physical and mental health. According to the OHCHR, the regulations also violate the right to the highest attainable standard of physical and mental health, guaranteed by the International Covenant on Economic, Social and Cultural Rights. This is because “treatments” to lower testosterone levels may have negative physical and psychological impacts, and athletes, such as Negesa, do not undergo the “treatments” for health or therapeutic reasons but rather feel pressured to do so to be eligible to participate in international sport events. In fact, from a health ethics perspective, one should question whether such “treatment” is something that health professionals should be involved in administering.

It is legitimate to query whether the DSD regulations may also violate the right to freedom from torture or inhuman or degrading treatment or punishment guaranteed by Article 3 of the European Convention on Human Rights. Taking into account the characteristics of the complainant, the ECHR’s jurisprudence has recognised that, in some instances, discrimination may amount to ill-treatment prohibited under Article 3. In those cases, the ECHR has held states accountable for discrimination in violation of their obligations under Article 3.

It is beyond dispute that the DSD regulations are discriminatory; the aim they are intended to pursue appears anything but legitimate. They cannot be justified in human rights terms because of the harm they cause to individual women athletes by violating their human rights.

This case boils down to a simple, heartfelt plea shared by Semenya: “I just want to run naturally, the way I was born.”

Beyond Semenya’s case, the OHCHR has recommended that sport governing bodies such as the IAAF “should review, revise and revoke eligibility rules and regulations that have negative effects on athletes’ rights, including those addressing athletes with intersex variations”. However, this is unlikely to happen. It is therefore up to the ECHR to clarify the obligation in human rights law to ensure the protection of the human rights of all women in sport. Indeed, it is this Court that will decide whether Semenya can “run free, once and for all”.

Comment on this story at the Thought Leader community