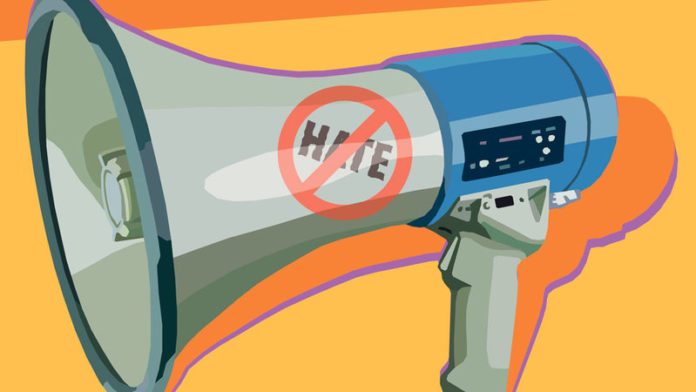 The problem with free speech

A short but important book by Andrew Doyle, an Irish journalist and political satirist, entitled Free Speech and Why It Matters was published earlier this year. Doyle’s book is a reminder that this fundamental freedom is worth fighting for because free speech is the bedrock of all other freedoms, and we should not take it for granted.

It is easy to forget that free speech is a relatively recent phenomenon. While it has its origins in Athenian society, the French Revolution, The First Amendment, and is enshrined in Section 16 of South Africa’s constitution, it has not always been a universal right. In the Roman Empire, it didn’t extend beyond the Senate. Until fairly recently, it was reserved exclusively for men or certain races. That our society protects and promotes freedom of expression is pretty miraculous.

We should treasure free speech because it is a recent phenomenon, which is why the growing flippancy towards its erosion across the democratic world is so troubling. The Twitter storms that erupt from relatively minor transgressions by companies, brands or individuals and subsequent choices made by people cowed by fear of online or real-world retaliation are chipping away at this essential freedom.

The fall-out in the UK over Meghan Markle’s interview with Oprah cast in sharp relief how free speech is increasingly at risk from censorship by mob rule. Many South African readers may only be dimly aware of what happened after the interview, but in this little story lie important lessons for South Africans as we grapple with our attitudes to free speech in a country where race is a significant and sensitive issue.

Piers Morgan is a controversial and outspoken UK media personality. Previously The Sun’s editor, his most recent job was as a host of Good Morning Britain, a popular, daily current affairs show, in the same vein as Espresso or The Morning Show. Morgan’s personality was directly linked to the show’s growing popularity. He played the acerbic antagonist to his more measured co-hosts.

The Monday morning after the explosive Oprah interview, Morgan appeared on the show and challenged the veracity of some of the things Markle said, saying: “I wouldn’t trust her to read me the weather report”. His co-hosts were quick to disagree and defend Markle, creating a balanced response overall. Nevertheless, Morgan’s outburst produced a huge Twitterstorm, Ofcom, the UK’s communications regulator, received 41 000 complaints, and various people wrote directly to ITV (the channel that owns the show), including the Duchess of Sussex herself.

It was predictable what happened next. Rather than defending Morgan for doing his job and pointing out that broadcasters are not under any obligation to believe everything said by celebrities, his bosses threw him under a bus. They insisted that he apologise on air to Markle for casting doubt on what she said. He, of course, refused. The following day there was a blow-up on air, when Alex Beresford, the show’s weatherman, of dual heritage, stated he believed what Markle said. He thought Morgan was wrong to condemn her in the way he had. Morgan was so incensed for being denounced, he walked off the show and agreed with his bosses that he should resign. The immediate outcome was a R4-billion drop in ITV’s share price, and Morgan’s book on free speech went to the top of the charts.

Whatever your views on Morgan, and he certainly has his faults, one should be concerned that a mainstream public broadcaster effectively forced someone out of their job because they thought he had crossed the line questioning what a former member of the royal family said. The assumption that by denying her claims, he is a racist is simply wrong. He was doing his job.

Morgan was not the only person to fall that day. The Society of Editors (SoE) is an industry body in the UK that exists to defend the British press, a pro-Fleet Street lobby group funded by the newspapers, which also run the UK’s annual National Press Awards. On the Monday after the interview, the society’s executive director, Ian Murray, issued a statement in which he raised the issue with Markle’s claim that the British press was racist and was one of the reasons she left the country. In his statement, he said he doesn’t think the British press is racist. And if Markle is going to make a serious allegation like that, she needs to produce some evidence to substantiate the claim.

Again, this led to a Twitter storm, which peaked with a group of journalists writing an open letter to the SoE complaining that Murray had defended the British press as not racist when according to them, it clearly is racist. Various nominees who were due to receive awards at this year’s National Press Awards started to withdraw their nominations. Following a heated board meeting, Murray announced his resignation. He essentially lost his job for doing his job – defending the British press and saying you needed some evidence when making big claims.

The final, high-profile piece of collateral damage from the interview was Sharon Osbourne. She came to Morgan’s defence the same day on US talk show The Talk, saying that denying that Markle was drummed out of Britain because she is of mixed race does not make him a racist. This led to a heated on-air discussion with her co-host. Osbourne issued a grovelling apology the following day. The show was taken off air, and it was later announced that she had left the show.

While racism in all its forms is abhorrent, it is alarming that all three people were “cancelled” within a 24-hour window for voicing an opinion that was not racist but which went against the prevailing “public” opinion, or more accurately, the views expressed on Twitter and in the popular media.

Cancel culture, where someone loses their job and has their reputation trashed, in this case, because they disagreed with “My Truth” (which, one has to wonder, might be different from “The Truth”), is gaining frightening momentum globally.

Questioning the veracity of some of Markle’s claims is a reasonable thing for journalists to do. For instance, during her interview, Markle said the couple had exchanged vows three days before their official wedding. The Archbishop of Canterbury, Justin Welby, recently said this was not the case. He would have been “committing a serious crime” if he had not signed the marriage certificate on the actual day. Markle’s statement was false.

When concerns are raised about cancel culture, they are often dismissed as a cover story for people holding far-right views, but cancel culture extends well beyond bashing the rich and powerful. It’s often ordinary people who are the real victims.

One example, again from the UK, is Harry Miller’s case, a former police officer who re-tweeted a poem that contained transphobic comments. He was later visited by the police at his workplace, who recorded his offence as a “non-crime hate incident”. There have been 120 000 of these “incidents” recorded in the past five years, so this has become standard police behaviour. This is how far things have gone in Britain; the police now visit you for re-tweeting a poem. Have they solved all the real crime?

The hypocrisy of cancel culture was highlighted by local podcast host MacG when he criticised celebrities who practise “selective” cancel culture. The host of Podcast and Chill with MacG called out activists, especially Mzansi celebs, for cancelling people who are not close to them but then keeping quiet when other celebs within their circle are criticised on social media. He correctly points out that grandstanding and virtue signalling is endemic within this phenomenon.

In The Friends of Voltaire, biographer Evelyn Hall wrote: “I disapprove of what you say, but I will defend to the death your right to say it,” as an illustration of Voltaire’s beliefs. This line perfectly captures the principle of freedom of speech. Within the limits of the constitution, should we, like Voltaire, not defend people’s rights to say what many may deem “indefensible” and, instead of trying to cancel them, encourage people to use their freedom of speech to counter such views? If we deny them this freedom, do we not undermine our most hard-fought-for and essential liberty? It is no coincidence that despots and authoritarians hate free speech and are quick to stamp it out when they take power.