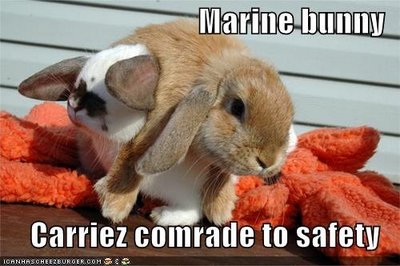 The corrosive influence of unions on SA schools

The Constitution enjoins us to “heal the divisions of the past and establish a society based on democratic values, social justice and fundamental human rights”. To “improve the quality of life of all citizens and free the potential of each person”.

In South Africa we have an excellent track record and capacity for developing innovative development strategies, policy instruments and state institutions to implement them but we fail miserably in implementing them successfully!

Our social expenditure ranks among the highest in our group of comparable countries and yet we have very poor outcomes as measured by global indicators like the human development index. We have an unemployment rate at more than 35%, a 65% youth unemployment rate, the highest wealth inequality in the world and more than 50% of the population receives social welfare as its only source of income. Clearly the critical issues here are not the soundness of our strategies but how we implement them.

Education and health systems play a key role in achieving the social justice we envisaged in the Constitution but we all know that they are dysfunctional. It is encouraging to note that there is now progressive and determined leadership in the health department to achieve better performance outcomes.

Various research studies, by leading education experts, have demonstrated that our education system is hopelessly dysfunctional. We seem to have paid too much attention on equalising budgets post-1994 and less on the normal school activities of upholding standards, discipline, the efficient management of schools and the control and monitoring of competence and performance.

In attempting to comprehend the context and key drivers behind these lapses, we must confront the reasons why these shortcomings are less common in the schools that serve the middle and upper classes and yet are a characteristic feature of those that serve the majority — poor communities.

The defining difference between these two systems (one serving the majority, predominantly black and poor, and the other serving the more affluent and mixed) is that in the former normal school operations are the exception. In the latter, school operations run reasonably well. The performance outcomes in all categories attest to this state of affairs!

There is overwhelming evidence that leadership and the efficient management of school operations has collapsed for those schools that serve predominantly poor communities. This is due mainly to the debilitating and corrosive influence of the powerful South African Democratic Teachers’ Union (Sadtu), which is a significant member of Cosatu.

In many areas, principals are members of Sadtu and they are under enormous pressure and intimidation when they try to enforce normal school discipline. Ironically the children of these teachers are in most cases enrolled in more affluent schools!

I do not have to have to provide the substantial evidence available to demonstrate how Sadtu has contributed significantly to the collapse of normal routine school operations in the poor areas of the Free State (which I am familiar with), the Eastern Cape and other regions. This is a political problem that can only be resolved by strong leadership from the ANC as the alliance leader. The real question is whether this is realistic given the leadership conflicts in the party, which are clearly stifling decision-making.

To a very large degree, our goal and mission of attaining social justice, transformation and the country’s economic development depends on how the education system functions.

An important but neglected area in our education system is early childhood development. Research has demonstrated that investing in preschool education, especially for disadvantaged kids, will result in better returns for society in the long term. This is the conclusion reached by a coalition of scientists, economists and experts who argue that the best way to strengthen a society, increase development and achieve social justice is to improve health, education and other services for its youngest citizens.

The apartheid racially-based education strategy made preferential investment in favour of the white community. This naturally constrained the abilities of the black population to improve its capabilities and compete equally and fairly in the labour market place. Our failure to achieve a radical turnaround in the performance of schools serving poor communities achieves the same results. Evidence of poorly educated and unemployable angry black youth is starring us in the face.

The case for change is urgent. It will need a serious change in the work ethic and dedication of teachers in the underperforming schools. The role of Sadtu in this effort is critical. Change will also require active citizenship through the school-governing boards. The department of basic education’s school district-support system will also need review to ensure it has strong and visionary leadership by dedicated people with proven expertise.