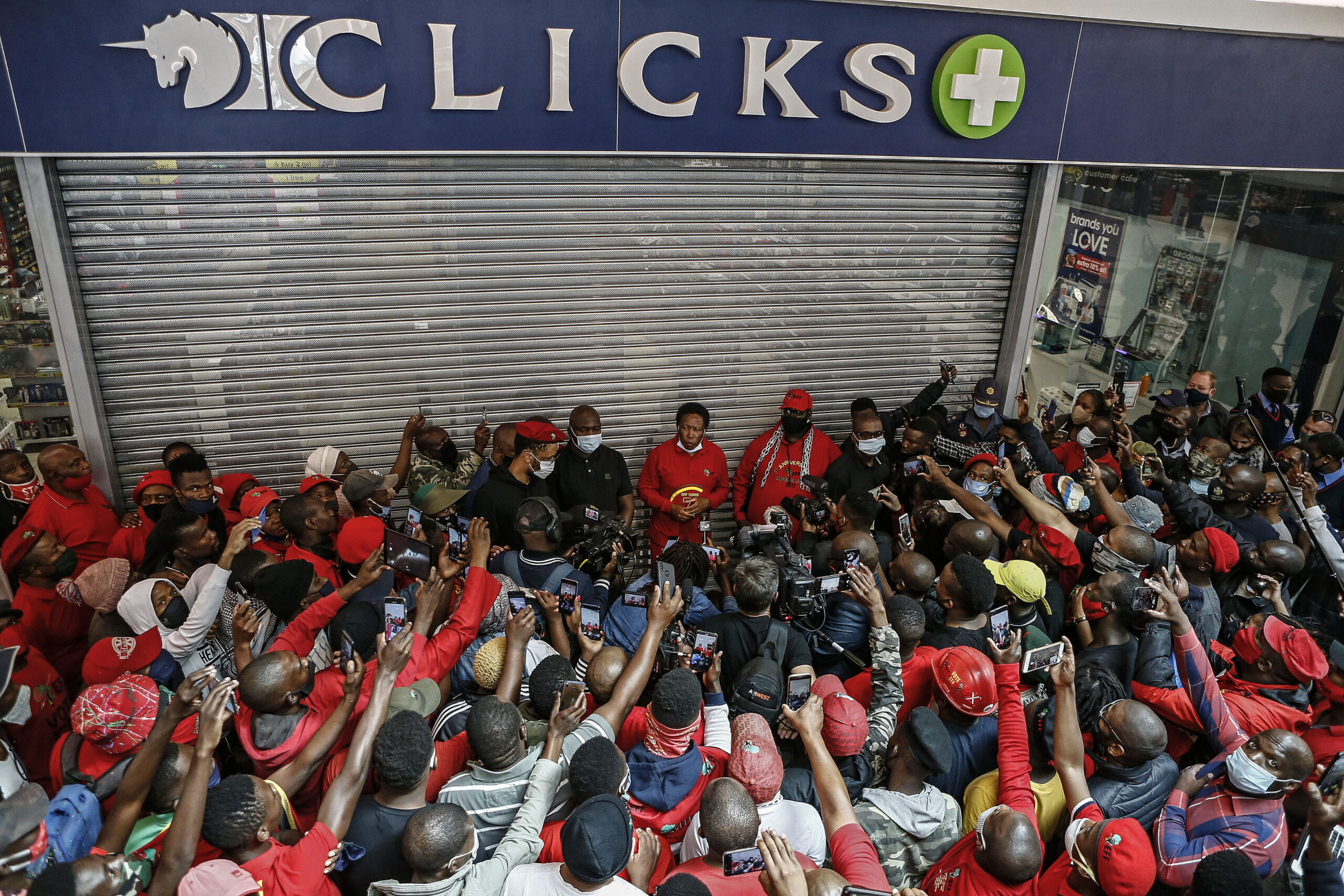 The burden of collective black victimhood

The concept of victimhood has a long history that cannot be readily summarised in a newspaper column. Accordingly, without venturing into a discussion about the genesis of the concept, it suffices to simply state that victimhood as a phenomenon owes its origins to criminology and psychology, where the sub-discipline of victimology has emerged.

According to research, victimology studies victims’ relations with their offenders, their behaviour, and the reactions of society (including those of various institutions) towards them.

On an individual level, victimhood “describes some lasting psychological state of mind that involves beliefs, attitudes, emotions and behavioural tendencies. This results on the one hand from direct or indirect experience of victimisation, and on the other hand from its maintenance in the personal repertoire. In other words, it is a state where the experienced harm and the long-standing consequences become elements in the victim’s personality”.

On a collective level: “Members of a collective hold shared beliefs about ingroup victimisation, i.e. of the social group to which they belong. Sharing these beliefs reflects a sense of collective victimhood. In this case the inflicted harm has to be perceived as intentionally directed towards the group or towards the group members because of their membership in that group.”

Keep this at the back of your minds for now.

Much to my anticipation, “Black Twitter”, erupted on Friday after one of South Africa’s leading pharmacy, health and beauty retailers, Clicks, perhaps out of poor marketing strategy and lack of foresight, ran an advertisement that attempted to sell a hair product by juxtaposing “dry and damaged hair” against “fine and flat hair” using images of a black and white female respectively.

Not to be outdone, the Economic Freedom Fighters (EFF), as always, quickly ran to issue a statement cementing the sentiments of Black Twitter users by labelling the advert as racist and made five ridiculous demands, chief among them being that: “All people who were involved in the commissioning of the advert in question, whether they be employees of Clicks or independent contractors be dismissed with immediate effect.”

Clicks swiftly recalled the advert and tendered a public apology.

Nevertheless, protesters around the country took to Clicks stores to show their outrage. A number of stores were vandalised and Clicks staff, who had nothing to do with the advert, bore the brunt of their anger.

But, instead of placing ourselves in a permanent state of collective victimhood and devoting long hours on social media trying to convince one another of our level of “wokeness”, crying foul about “entrenched racism” in the country or alternatively, condemning the Clicks’ “stereotypical and racist advert against black natural hair”, as black people we could just easily exercise our consumer rights of choice and shop elsewhere.

None of us is contractually bound to shop at Clicks or at any other retailer that we may consider to be racist in its attitude or marketing strategy. To say otherwise is to undermine, if not to surrender, our collective bargaining power as black consumers and to give big corporations more power than they actually possess.

This should not be construed as a clarion call to South Africans from all walks of life to turn a blind eye to racism, but is rather a reminder that black people are not the victims we have always been made to believe we are or would like to believe we are.

Political parties like the EFF do not hesitate to perpetuate our permanent state of collective victimhood as black people because such a state of affairs is good for their business. It ensures the continual survival of black nationalist parties which find it difficult to come up with viable socioeconomic policies to present in order to win the electoral vote.

In this respect such a party plays a role similar to that of a doctor in a hypothetical situation who doesn’t want his patient ever to get better because such an outcome threatens his job security. Ultimately, this doctor ends up administering the wrong medication to his patient so that he remains in hospital and is never discharged.

Anyone who dares question or challenges this unethical political method, of course, risks being called “a counterrevolutionary”, a “better black”, a “house Negro” or being given two lengthy lectures: one about black consciousness and the other about how black oppression dates as far as back as 1652 when the “first evil white men” walked in the Cape and set the black man on the path to perpetual servitude from which there is no escape.

Accordingly, the black man is viewed as one without free will and is presented as a passive individual devoid of any agency to act against any form of injustice without the entire collective being brought into action.

Russian-born, American-naturalised writer and philosopher Ayn Rand told this story of the individual loss of agency in 1977 in her lecture titled: Global Balkanization. Rand spoke about the philosophical genesis of tribalism, the handmaiden of racism, collective identity and collective thinking.

Below I quote a lengthy passage from her lecture to further demonstrate my point:

“Now what are the nature and the causes of modern tribalism? Philosophically, tribalism is the product of irrationalism and collectivism. It is a logical consequence of modern philosophy. If men accept the notion that reason is not valid, what is to guide them and how are they to live? Obviously, they will seek to join some group — any group which claims the ability to lead them and to provide some sort of knowledge acquired by some sort of unspecified means. If men accept the notion that the individual is helpless, intellectually and morally, that he has no mind and no rights, that he is nothing, but the group is all, and his only moral significance lies in selfless service to the group  —  they will be pulled obediently to join a group.

“But which group? Well, if you believe that you have no mind and no moral value, you cannot have the confidence to make choices — so the only thing for you to do is to join an unchosen group, the group into which you were born, the group to which you were predestined to belong by the sovereign, omnipotent, omniscient power of your body chemistry. This, of course, is racism. But if your group is small enough, it will not be called ‘racism’: it will be called ‘ethnicity’.”

Bringing the message home, how exactly does a black person lose agency? The starting point is to look at what South Africa’s towering black intellectual and principal architecture of the black consciousness ideology Steve Biko wrote in his seminal book I write what I like.

He wrote: “Black consciousness is an attitude of the mind and a way of life, the most positive call to emanate from the black world for a long time. Its essence is the realisation by the black man of the need to rally together with his brothers around the cause of their oppressor — the blackness of their skin — and to operate as a group to rid themselves of the shackles that bind them to perpetual servitude.”

At face value this philosophical premise is attractive but once deeply interrogated; one will learn that it lacks substance.

Mthembu contends, as I do, that Biko’s ideology of black consciousness is self-defeating because in the first instance “it states that the most positive call to emanate from the ‘black’ world is one premised on a realisation of victimhood: you are oppressed, your skin colour is your social identity, and organise as a collective on this basis to liberate yourselves.

“This is a philosophy that is developed from the perspective of a comparison from the onset, one that puts its subject in victimhood (oppression) and grounds their identity in this victimhood, not in shared values, tradition or cultural practices, but in skin colour. This is the very same basis the “oppressor” operates on, with the oppressor being no victim in their equally unsound skin-colour-based social philosophy. This conceptualisation of social existence from a state of victimhood and oppression paralyses the subject of the philosophy, restricting them to constant comparison, an existence premised on the dialectical nature of the oppressor/oppressed relationship.”

The one cannot act without the other — this is the fallacy of false composition. More importantly, racism in the final analysis becomes an immutable law of society. Nothing, we are told, but the hurling of the “evil white man” into the sea or the wet dream of a revolution can end it.

Lehumo Sejaphala is a final-year LLB student at the University of the Witwatersrand. He contributes articles to a number of publications and writes on social and legal issues on his blog