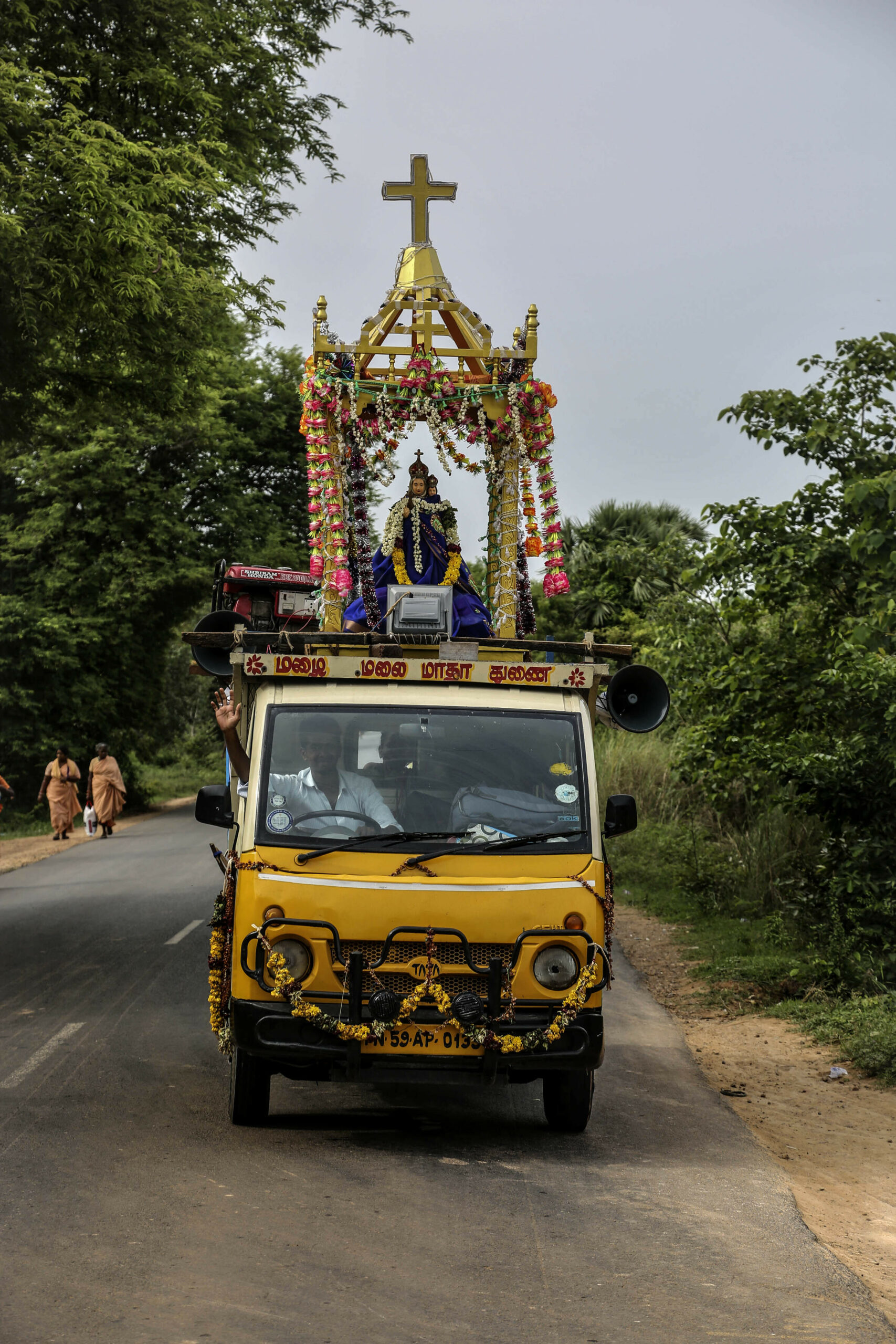 Take me to church

I woke in the witching hours of January 3 with an agonisingly sore throat. My mouth was parched, so I blamed throat-drying mouth breathing for the razor throb that made swallowing and breathing unbearable.

The pain persisted into daylight so my doctor ordered a Covid-19 test (negative) before diagnosing what she called “shockingly inflamed tonsils”.

To make her pronouncement, she prodded my throat, pressed her thumbs into the area below my ears and tapped her fingers around my collarbone. Lightly, she held my face in her hands. I burst into tears.

“There, there,” she murmured, “It’s not that bad. We’ll have you right as rain in two ticks.”

I didn’t have the breath to tell her I didn’t give a fig about my aching throat; I had been moved by her tenderness.

It was the first time in 10 months that another human had touched me and it felt like sunshine after long rain. I silently said a prayer of thanks for the joy of human touch. In that moment the isolation of 2020 smacked me in the face and I marvelled at its profound effect, separated as I have been from the flock.

It made me realise, too, how much I have relied on prayer to get me through this muddy time.

Traditional spaces that people like me — religious, church-going people — go to for comfort have not been accessible for a long time.

It was this time last year, heading into Easter, that we went into hard lockdown. The Rosebank Catholic Church, my parish, shut its doors and locked its gates. It felt like a cruel exclusion — an understandable and a legal requirement under the lockdown law but punishing anyway.

Sanctified spaces, churches, mosques and temples, are the safe places that people seek solace in, especially in times of need. It’s where the faithful can share a common declaration of faith.

Yes, you can pray in your car and in your bathtub but there is something especially comforting about being a part of a congregation. After all, religion is defined as a “social-cultural system of designated behaviours and practices, morals and worldviews that relate humanity to supernatural, transcendental and spiritual elements”.

It’s the social bit that matters.

As much as religion is a safe space, conducive, in the right circumstances, to the promotion of inner peace, serenity, kindness, generosity, forgiveness and all those good things that humans crave, it is also festering ground for hatred, war and displacement. And the reason for so many bitter, drawn-out, never to be resolved wars.

My own story with religion has been convoluted; a twisted tortuous journey that has led me away from, and back to the church in a circuitous route.

I was born into a staunch, practicing-Catholic family, though my father was a fairly new convert having been persuaded by my mother to take on her faith. And, like those who choose their religion, my lovely dad became one of Catholicism’s most devout followers.

He threw his efforts into the secular wing of the church, the St Vincent de Paul Society, and devoted much energy into helping the vulnerable and the poor.

I’ve always thought his biggest contribution to the Ladysmith Catholic community was raising funds to build a shrine to Our Lady of Vailankanni at the priest training mission station, Besters, in northern KwaZulu-Natal.

It seemed fitting somehow since the Basilica of Our Lady of Good Health, also known as the Sanctuary of Our Lady of Vailankanni, is a Marian shrine located in the small town of Velankanni in Tamil Nadu in South India.

Fitting because it was the area of South India that was home to my Indian grandparents. It was a tribute to his heritage, and a gift to his newly chosen religion.

My dad had been born Hindu, Telugu. It is a known fact that the women in my family have strong powers of persuasion: my maternal grandmother, from whom I get my middle name Alexandra, cajoled her husband, my high-caste Hindu grandfather into becoming a Catholic. And so did my mum.

My dad defended his decision saying until he’d elected to be baptised into the Catholic faith, he’d had no religion. His immigrant Telugu parents, who’d crossed the sea from Andhra Pradesh in South India to make South Africa home, were largely irreligious.

Dad remembered his mother’s religious practices as being practical —  fasting one day a week during which she ate only fruit and vegetables.

Once a month, on a Wednesday, my grandmother did a Ganesha fast to the “Lord who removes all hardship”.

Heaven knows that my granny, with her seven children and a husband who sold chickens off the back of a bicycle, needed the removal of deprivation.

Unlike my mother who was packed off to an austere Catholic boarding school run by nuns aged seven, and forced to spend many hours of the day on her knees in devotion, my father spent the first 30 years of his life gloriously God-free.

Mum’s rigid Catholic schooling — obligatory morning and evening attendance at Holy Mass; prayer before meals, before class, before, well, everything — made my mother overly pious. Sanctimonious even.

Our childhood Sunday mornings were spent at catechism — learning about the sacraments.

We, Family Naidoo, were the anomaly in our neighbourhood — Catholic Christians in a neighbourhood of Hindus and Muslims. The outsiders.

I wonder if my friends envied our splendid Christmas tree, a visible symbol of our Christian roots. Or if the neighbourhood women, whose preference was for saris or head scarves, were impressed with my mother’s bonnets and gloves worn with kitten heels to Mass on Sundays?

We fasted in that strange Catholic way — no meat on Fridays and no chocolate during Lent.

We had Easter egg hunts after Mass on Easter Sunday, just us four Naidoo children. No community participation for us.

I used to wonder if the white congregants of our church — apartheid separated from us by a hill — got together on high days and holy days as our neighbours did on theirs.

Ours was a lonely religious life. Religion. The great comforter. The great divider. My childhood religious alienation drove me from the church as soon as I left home and moved away from the disapproving gaze of my mother.

Then two things happened in 2013: I was diagnosed with breast cancer and Jorge Mario Bergoglio was elected the 266th pope, becoming Pope Francis.

I still had the faith but now I desperately needed hope. Pope Francis, the people’s pope, gave me that at a time when illness and death moved into the realm of the possible. Back to church I went. What joy that gave me, what a sense of belonging. It’s why I want to go back to church again.